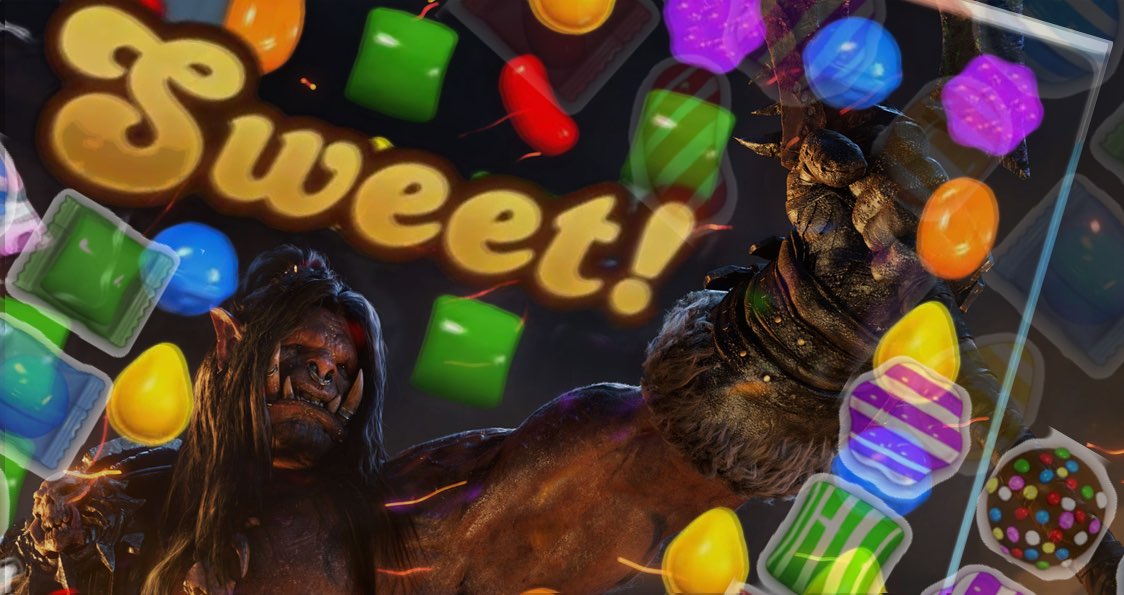 Activision Blizzard announced Monday evening that it plans to buy King Digital Entertainment, the maker of Candy Crush Saga, for about $5.9 billion. It's the third-largest video game industry deal ever. It's quite a dollar amount, but it's significant for other reasons, too.

Activision Blizzard is one of the most hallowed names in video games, and has been for a long time. They're known for titles like Call of Duty and World of Warcraft today, and their subsidiaries created many classic games that were likely around when you, Boing Boing reader, or your parents, were kids.

Candy Crush, for better or worse, represents the future of gaming: mobile and freemium. Yes, even Kanye West hates it, but that doesn't stop the model from being very profitable for developers. Freemium is where an app such as Candy Crush is free to play on a basic, limited level, but for extra content or sparkly game-bling you gotta pay.

Activision Blizzard has a long strong of game hits behind them, but not in made-for-mobile. King has been pretty much a one-hit wonder. It's a very weird match. And it says something about where gaming's going.

Before returning to her mom's home for a few weeks, my daughter taught Electra to sleep in her bed…while I was asleep in mine. In an effort to maintain the housebreaking while acknowledging and encouraging my daughter's canine liberation efforts and subterfuge, I will be sleeping with the puppy in her room until it can […]

A bunch of comedians teamed up to try and flip the US Senate. Full of disgusting and terrible traitors to democracy, the US Senate needs some change. STAND UP 4 AMERICA TO USE ORIGINAL MUSIC AND COMEDY VIDEO CONTENT TO RAISE FUNDS AND TURN THE SENATE BLUE IN NOVEMBER Jack Black, Moby, Keb' Mo' and […]