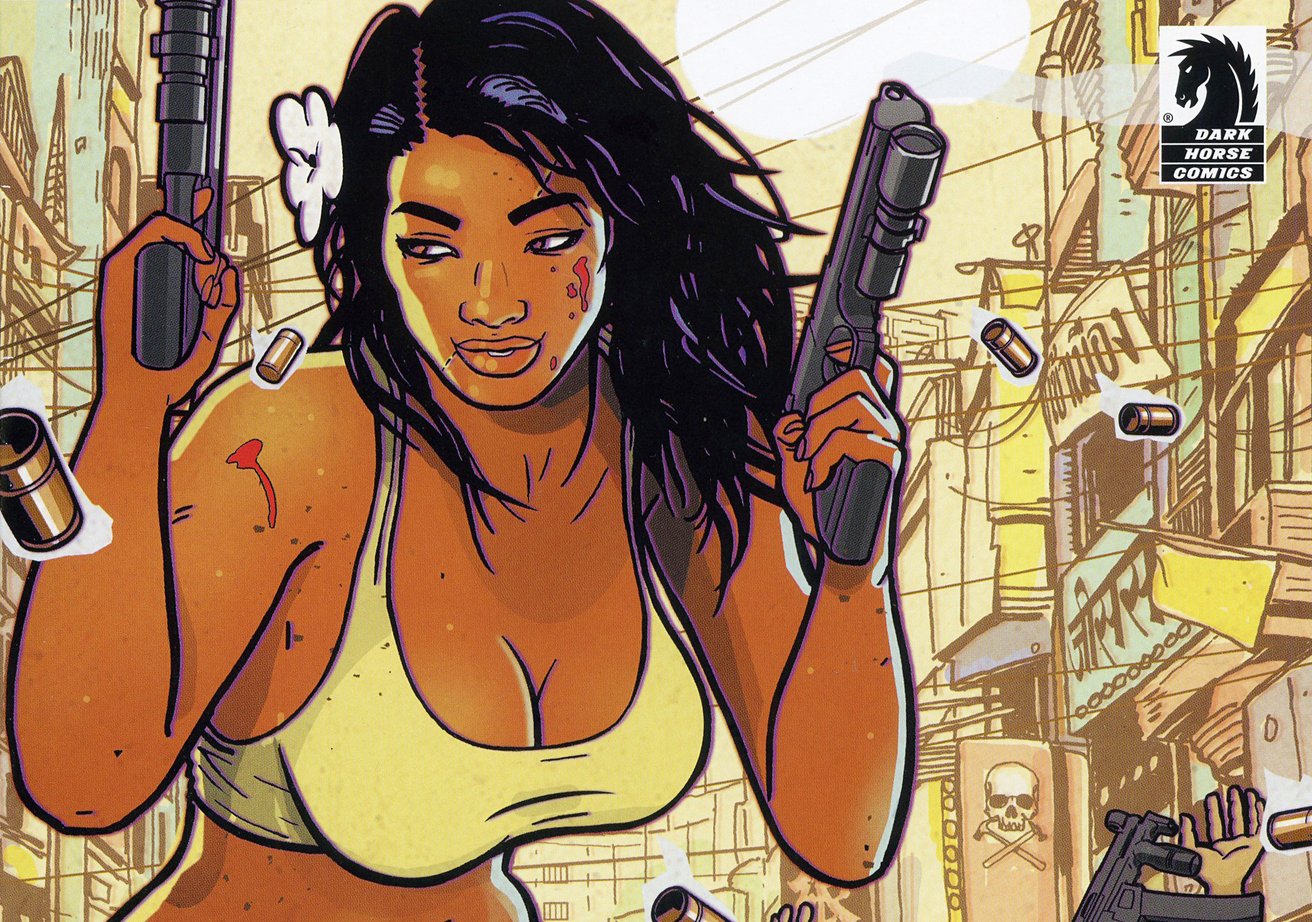 I learned about Concrete Park from Calvin Reid, the pioneering comics critic/reviewer who chaired a panel with Scott McCloud and me at the Miami Book Fair last month; Calvin called it the best new afrofuturistic comic he'd read, and I rushed out to get my own copy.

Calvin was right: Concrete Park is outstanding. It's a science fiction story about Oasis, a distant, mysterious prison planet to which generations of the Earth's poor and unwanted have been deported to work as slave labor in frozen mines. The action opens with Isaac, an LA gang-member, who is doomed to be transported to Oasis with Boza, his ruthless rival, who murdered Isaac's little sister Rose before his eyes.

When their transport ship crashes, Isaac and Boza are thrown in among the squabbling, dangerous gangs of Oasis, who supply the freed and escaped ice-mine slaves with the meager necessities of life.

Unluckily for both of them, the fragile order of the gangs is splintering under the pressure of starvation and deprivation, because the transports from Earth have all but ended, raising the question of whether anyone on Earth even knows they exist -- and whether anyone there cares.

Concrete Park is a beautifully told war-comic in the tradition of DMZ and Transmetropolitan, but with an even more ambitious storyline, filled with so many warring factions, crosses and double-crosses, and general badassery that it's a good thing that the creators chose to use such stylish infographics, textual notes, and visual tricks to make sense of it all.

Reviewers justly have praised Concrete Jungle for its diversity of cast, and it's true: it's a future that looks like the present (but not like present-day representations of the present), with a preponderance of Brazilians, Africans, African-Americans, Chinese, Indians, Latinamericans, and other "minorities" whose individual cultures and voices each stand out distinctly and rub against each other in ways that are smart, nuanced and always in service to the story.

Likewise impressive is the central role that woman characters play in the story, standing as some of its principal actors and baddest bad-asses.


Creators Tony Puyear and Erika Alexander have made something special, new and significant in the world of comics. The accompanying study guides and other supplementary materials give a hint at the thoughtful worldbuilding and fiendish plotting sitting beneath this remarkable tale.