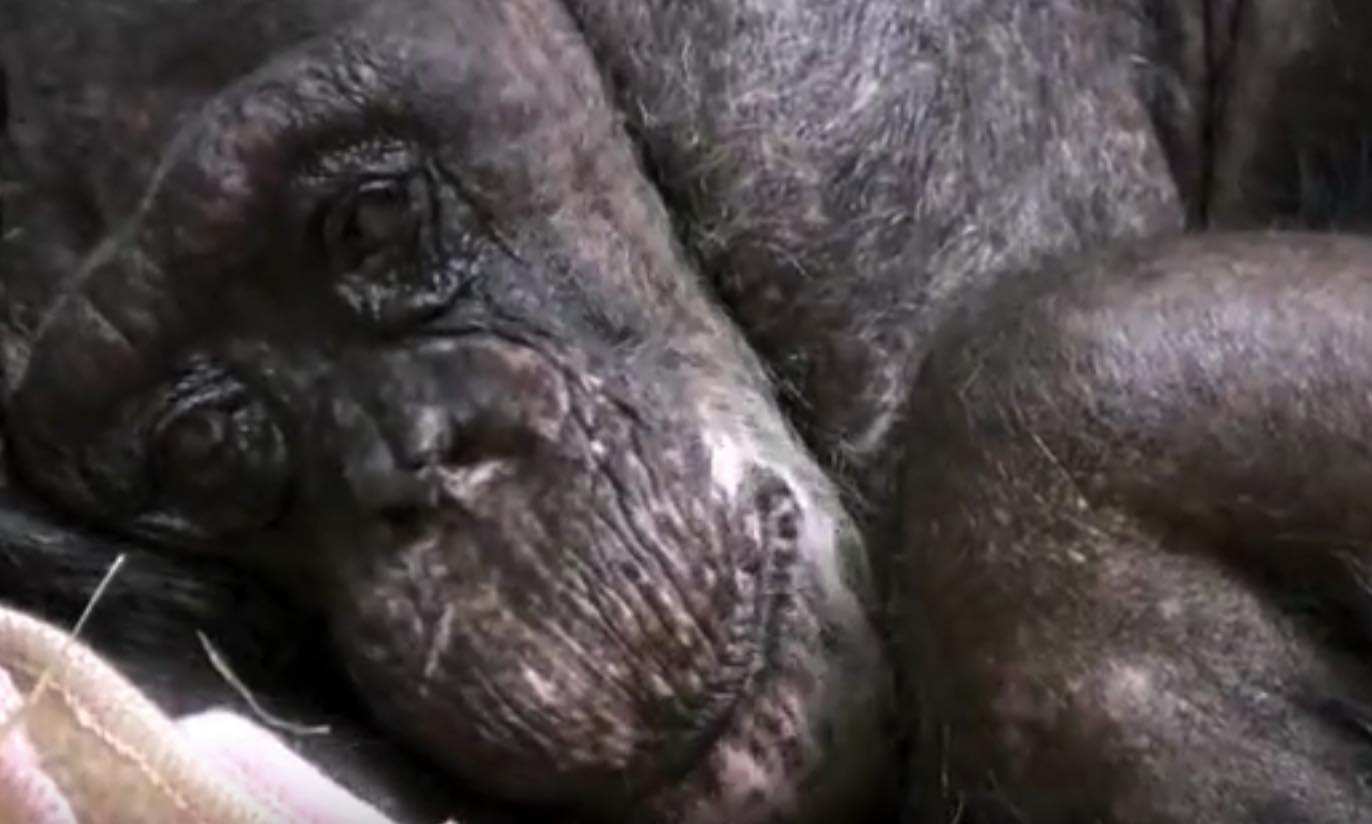 Mama was 59 years old, the oldest among the Royal Burgers Zoo chimpanzee colony in Arnhem.

Jan van Hooff (emeritus professor behavioural biology at Utrecht University and co-founder of the Burgers colony) who has known Mama since 1972, visited her in the week before she died of old age in april 2016. It took a while before she became aware of Jan's presence. Her reaction was extremely emotional and heart-breaking. Mama played an important social role in the colony. This has been described in "Chimpanzee Politics" by Frans de Waal, who studied the colony since 1974.

Visit before the end comes, and stay close enough to know when it's coming.