This ice cream is flavored like Thanksgiving dinner foods 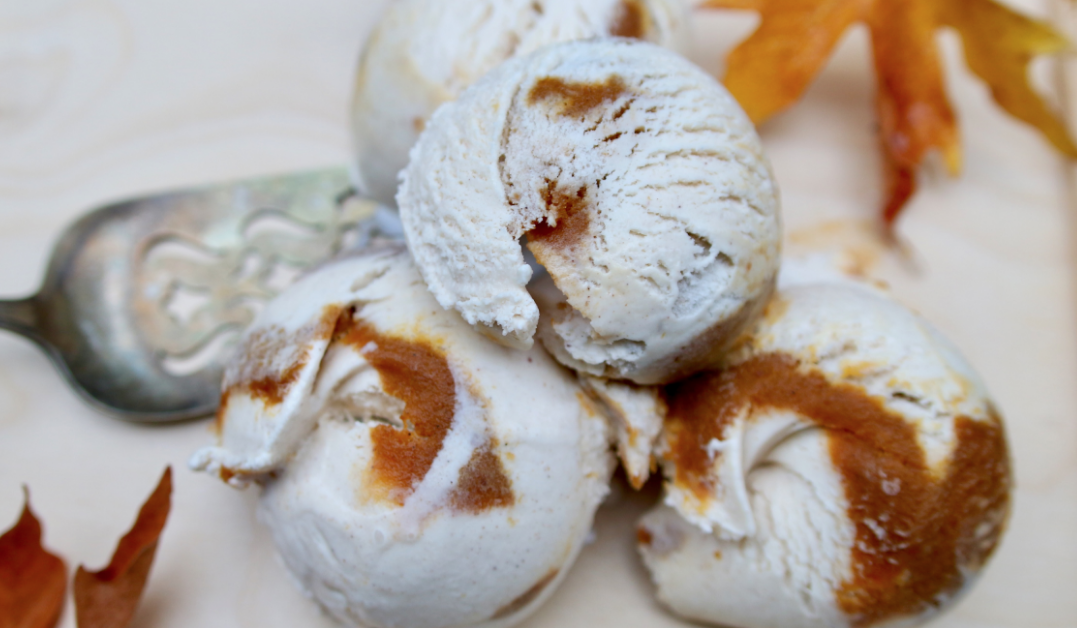 West coast ice creamery Salt & Straw isn't encouraging anyone to give up their Thanksgiving day meal, but they are making a version that is cold and creamy to ingest.

For the month of November, you can order their five-pint "Thanksgiving Dinner of Ice Cream Series," as follows (descriptions via Los Angeles Magazine):

-- Sweet Potato Casserole with Maple Pecans ("Sweet potatoes are roasted down and mixed with cream and sugar to make a sweet, spicy, sticky ice cream. Then Oregon pecans are mixed and caramelized with maple sugar. It is then of course topped off with hand-churned ribbons of Salt & Straw’s own delicious homemade gooey maple fluff.")

-- Buttered Mashed Potatoes & Gravy ("Salt & Straw has made over 600 different flavors of ice cream, and this is hands-down the most savory one ever served. Salt & Straw makes a potato- flavored ice cream, thanks to the real potatoes boiled down until the starch turns to sugar, and then stirs in their own homemade gravy fudge made from two mashed-up recipes, pun very much intended.")

-- Salted Caramel Thanksgiving Turkey ("Turkey stock is cooked and mixed with sugar, spices and onions down until it bubbles into a caramel, which creates the base of the salted caramel ice cream. And Salt & Straw also roasts turkey skin until it’s crispy and then candy-coat it and mix bits of that in, too.")

-- Spiced Goat Cheese & Pumpkin Pie ("It starts with goat-cheese ice cream, which is sprinkled with pumpkin pie spices, but the generous helping of mashed pumpkin folded and swirled in really steals the show.")

All five pints are available now for $65 plus shipping.