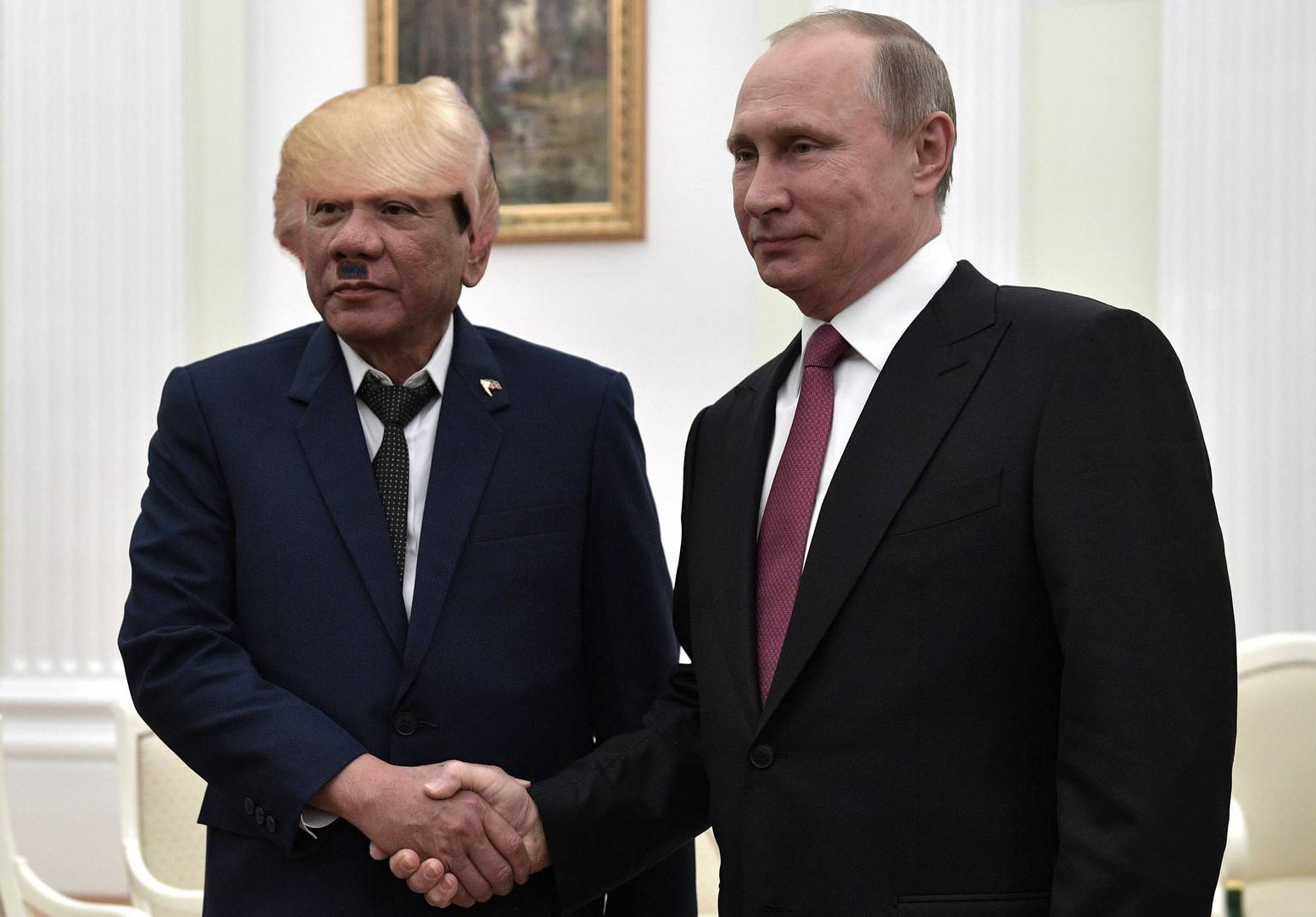 Rodrigo Duterte, president of the Philippines, has been the source of many shocks since he took office last year: he admitted to murdering people as a teen gangbanger and then later as a public official; he zeroed out the budget for the National Commission on Human Rights, and announced that deposed mass-murdering dictator Ferdinand Marcos would be treated as a hero, even as he rolled out death squads that have murdered thousands in cold blood (he also hears voices from God).

The latest is perhaps inevitable, given Duterte's frankness about his criminality and admiration for thugs: he has described himself as a "fascist" and vowed to crack down on peaceful opposition groups like Bagong Alyansang Makabayan ("New Patriotic Alliance" or BAYAN), a group aligned with students, trade unions, human rights groups, and opposition politicians.

Duterte attributed his embrace of fascism to Trump and the shift in US politics, stating "I will follow America, since they say that I am an American boy. OK, granted, I will admit that I am a fascist. I will categorize you already as a terrorist."

Duterte is part of a pack of authoritarian global leaders whose "dominance" style has come into vogue in concert with increased economic insecurity and inequality.

"The timing of the threat is not surprising since Duterte and Trump reaffirmed U.S.-Philippine relations," Reyes said. "Trump has increased military aid to the Philippines – Duterte may be thinking that U.S. support for counter-insurgency, terror listing and Martial Law are enough to defeat the revolutionary forces.

"His imagined 'conspiracy' between the NPA and the legal organizations under Bayan is meant to justify increased political repression in order to eliminate the most effective resistance to fascist dictatorship, human rights abuses, anti-people economic impositions and increased U.S. intervention."

On Tuesday, Duterte also threatened to shut down mines that pay "revolutionary taxes" to the Maoist combatants, accusing mine operators of depositing money in bank accounts maintained by the fighters in exchange for allowing their operations to continue.

"If I go against the communists, then everybody has to reconfigure their relationship with the New People's Army," he said. "If you support them financially, I will close you down."