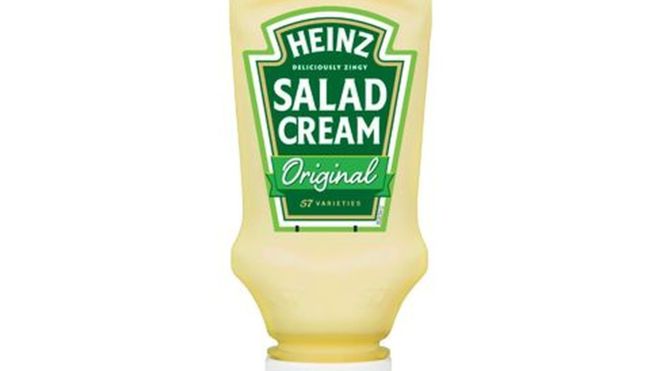 The Heinz condiment Salad Cream—a homogenous beige slime similar to Miracle Whip that has become a traditional staple of British home cuisine—is to be renamed Sandwich Cream to keep with the times.

Its maker, Heinz, says that only 14% of those who buy the sauce use it on salads, with many more preferring to use it in sandwiches. A spokesman for Heinz told trade magazine the Grocer that the name no longer "fairly represents the product's ingredients or usage occasions." It would be the first name change for the product since its launch in 1914.

Fans of the traditional name went on social media to express their anger.