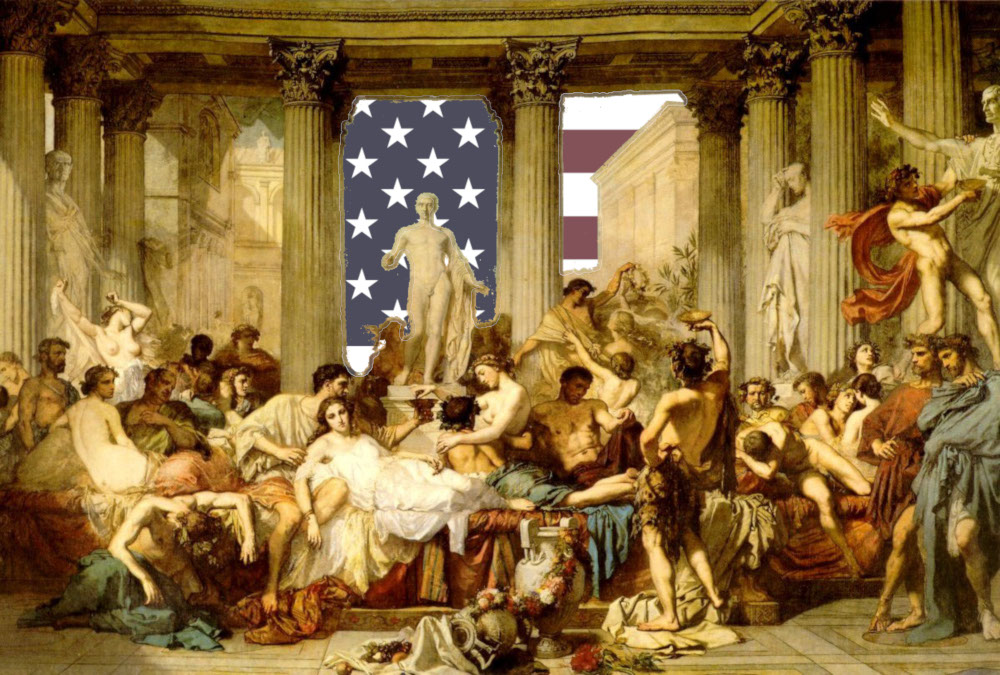 GDP and stock market performance are the two metrics that economists (and politicians) use to measure the health of a nation's economy, and by those metrics, Trump is doing a hell of a job.

These are indirect proxies for the health of a nation: when there's lots of economic activity and profits are up, up, up, we're supposed to infer that the average American is sharing in the gains.

All forms of debt are also skyrocketing -- driving up the share-prices of the companies that originate the loans and sells the goods and services bought with them. Student debt is so bad that they've brought back the arm-breakers to collect on it, and the degree you receive is likely to come from a fraudulent institution, more "Trump University" than actual universtiy. Employment has become a form of indenture, making America into history's first rich poor country.

And it's not like the Trump administration is actually trying to reverse it. The tax cuts passed last year represented an historic gift to the super-rich, and are sure to explode income inequality. When it comes to housing, traditionally a talisman of adulthood and maturity and independence, and often one of the largest expenses for individuals and families, looking to the overall inflation rate is misleading. Housing prices, especially but not exclusively in West Coast cities like San Francisco and Portland, are just getting more expensive, faster, than just about anything else.

This is actually a relatively novel phenomenon.

"That hasn't generically been true—wasn't true in the 80s, wasn't particularly true in the 90s," Baker told me. "It's mostly been a very recent story. So if we talk about 2011 to the present, housing prices have—rental prices—have been outpacing the inflation rate."