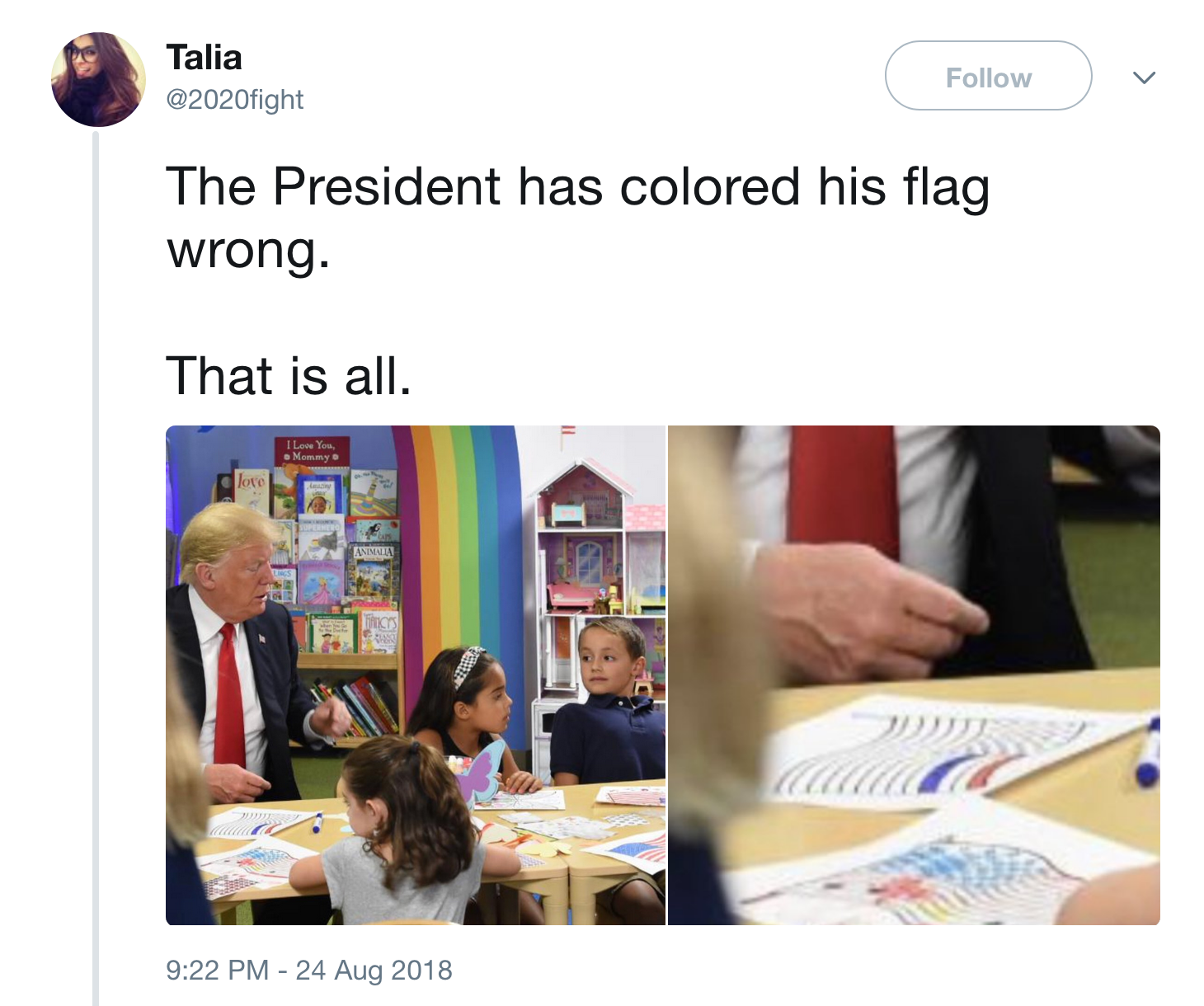 As spotted by @2020fight on Twitter. How is this even possible? You can barely move in the United States of America but for all the flags. Flags on the walls, on posters and books. Flags on poles outside schools, like the one he had to walk past to get to this classroom.

The President has colored his flag wrong.

The original photo was posted by Alex Alar, the health secretary:

The opioid crisis is one of our top priorities at HHS, with a drumbeat of action on the full range of efforts where we can assist local communities. Today, I joined @POTUS & @FLOTUS in Ohio to learn how states and communities are responding to the challenge of opioid addiction. pic.twitter.com/NwxSoeNznA

Maybe Trump should kneel before it a while, so he at least knows what it looks like.

I've created a useful graphic of the Trumpamerica Flag: