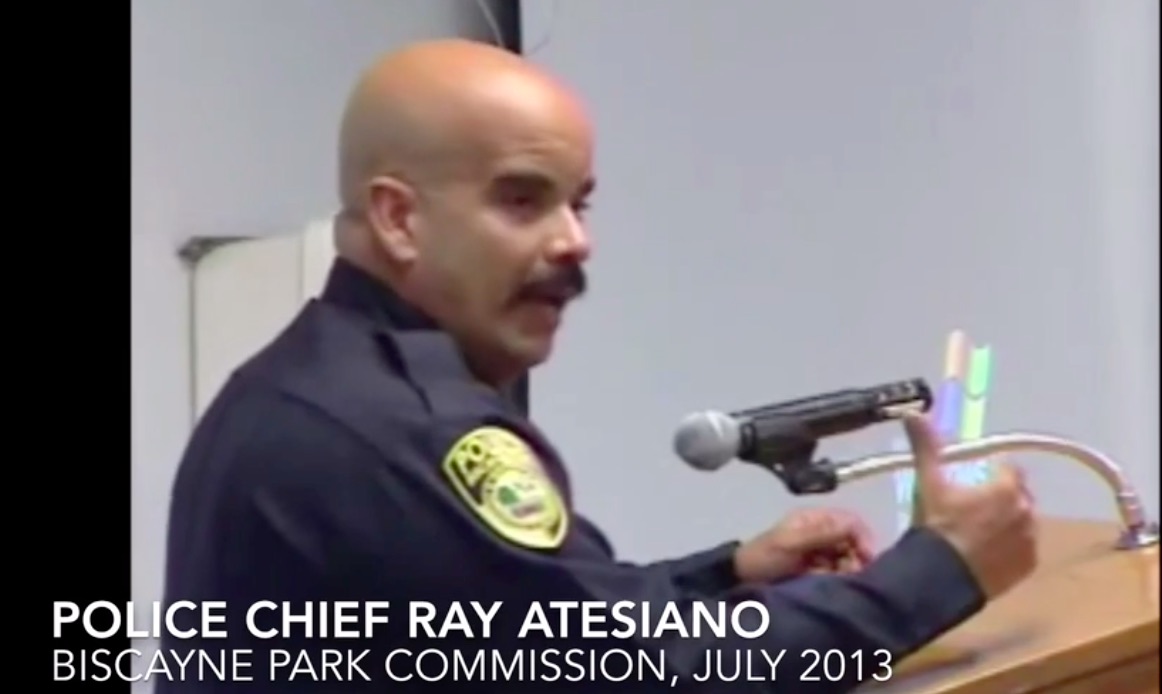 For framing innocent black men, a police chief in Florida will go to prison for three years. Impunity is the norm in America for cases like this, so the conviction is a big deal.

Raimundo Atesiano, the former police chief of Biscayne Park, Florida, stands convicted of directing his officers to frame innocent men in a series of unsolved burglaries. He now admits he was trying to please white community leaders, and manipulate property crimes statistics in the town of 3,000 residents.

“When I took the job, I was not prepared,” Atesiano told a federal judge on Tuesday. “I made some very, very bad decisions.”

His apologies did not sway U.S. District Judge K. Michael Moore, who on Tuesday sentenced the 53-year-old former cop to three years in prison. He allowed Atesiano to remain free for two weeks before surrendering so he can care for his mother, who is dying of leukemia.

In September, Atesiano pleaded guilty to a conspiracy charge of depriving the three suspects of their civil rights because he and the officers charged them without a legal basis. Atesiano’s conspiracy conviction carried up to 10 years in prison.

What about the three men who were falsely arrested in the criminal cops' conspiracy? Not much detail there, but hopefully they'll receive some form of restitution.