Cat does a danger dance 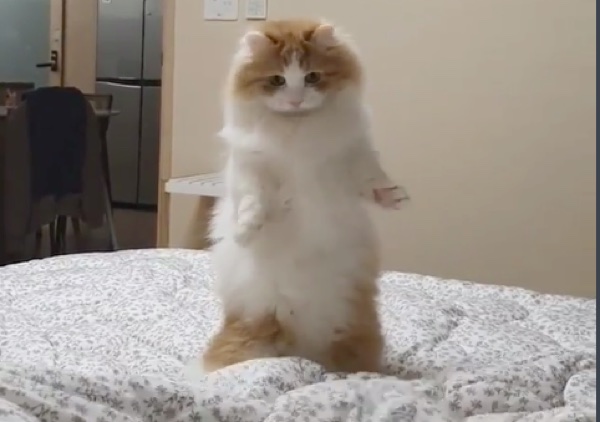 There is a monster in the bed.

When there's a monster in the bed, we do a danger dance.

He Do A Danger Dance!