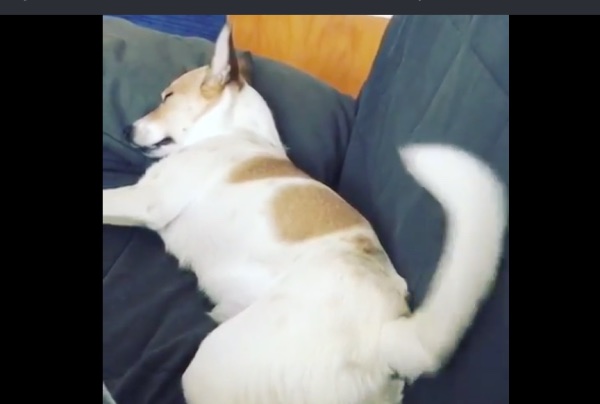 Wholesome content to brighten up your internet right here.

Get a load of this adorable dog having a happy dream.

What's he dreaming about?

My dogs do this, too.

I love it so much.