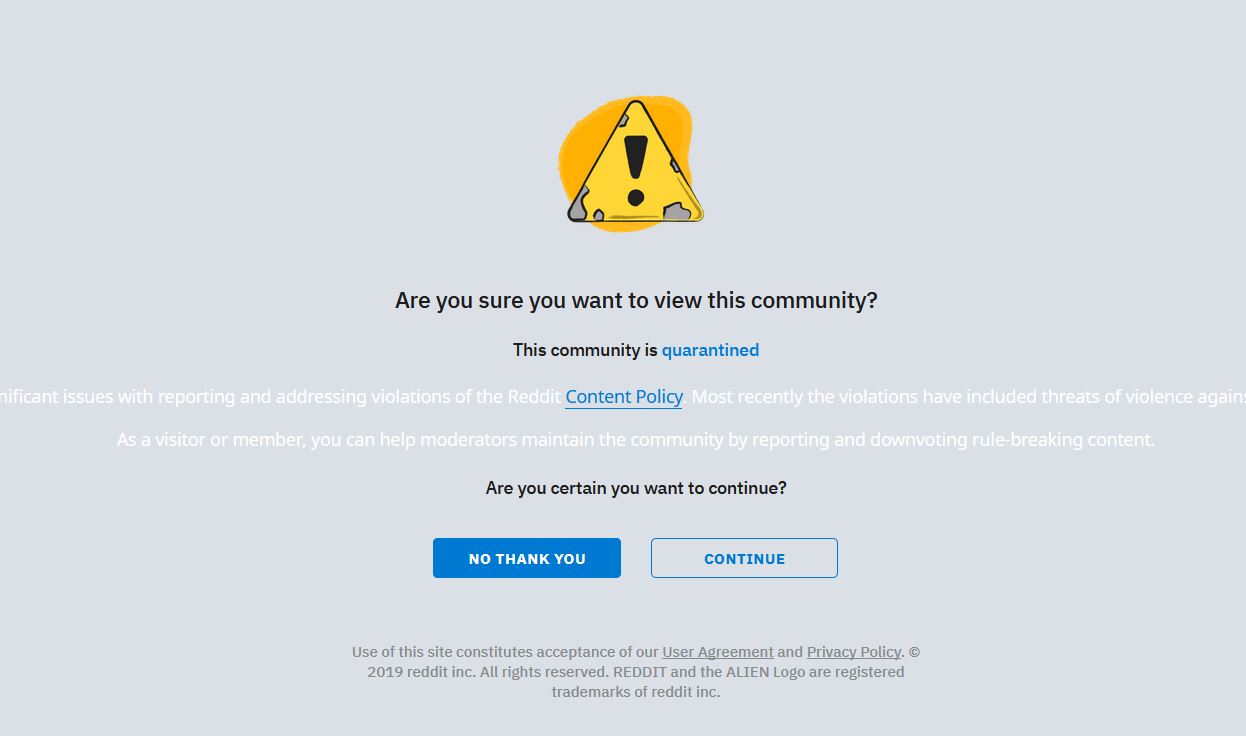 r/The_Donald still exists at Reddit, but it's been pushed into the site's "quarantined" basement after a series of threats against police were posted there.

“Recent behaviors including threats against the police and public figures is content that is prohibited by our violence policy,” a Reddit spokesperson said in a statement. “As a result, we have actioned individual users and quarantined the subreddit."

The new quarantine was brought on by anti-police threats posted on The_Donald. Some users had apparently encouraged violence against law enforcement, angry that officials in Oregon were trying to bring back GOP state senators who fled the state to avoid voting on a climate-change bill. In a note to The_Donald moderators, Reddit administrators said they had “observed this behavior in the form of encouragement of violence towards police officers and public officials in Oregon.”

Trump himself answered questions there in an AMA, apparently, "despite" its reptuation for abuse, bigotry and general grossness. At the time they were zipped into the plastic sheeting, the top item among the_donaldites was a rant about women's soccer.