Bird love: Hyacinth macaws are being so affectionate with this girl 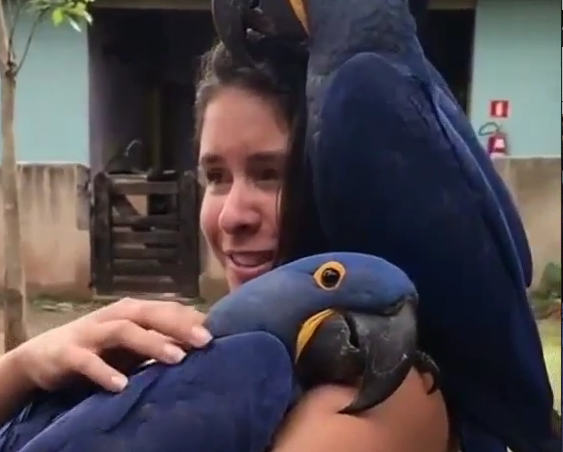 Here, you need some sweetness.

Look at these amazing affectionate birds.