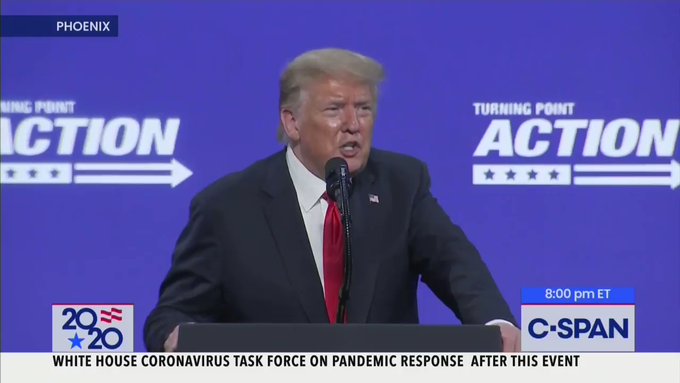 Donald Trump, the impeached but still in office President of the United States, was trying to say “America's founders,” and slurred.

He slurred a number of times, and misspoke, and seemed to be confused throughout the Turning Point Action speech Tuesday night.

Something is very wrong with Donald Trump.

Is he intoxicated? Does he have a health issue? Is there something wrong with his brain?

Your guesses in the comments!

It's been quite a night.