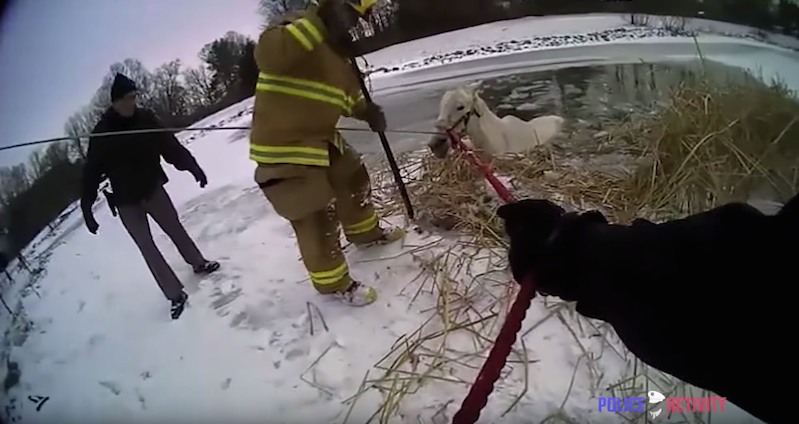 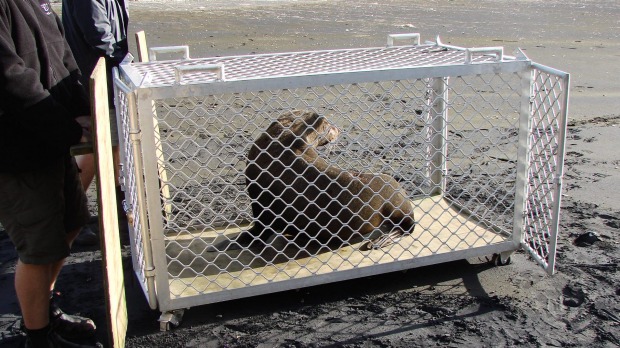 A seal has taken to wandering a New Zealand suburb, then crashing just wherever. Today it was found sleeping at a local car wash by employees turning up for the morning shift—and it wasn't the creature's first unusual stop-off point.

Laura Walters and Paul Eastern report that the seal was, for the second day, herded into a cage and released on a nearby beach.

It woke up around midday, and waved a flipper at the crowd of about 50 people who were watching. The increased activity prompted Doc staff to move people further away from the lost mammal.Uwash owner Kirit Makan said the seal was the most unusual customer he had encountered at his carwash. … DOC ranger Stefan Sebregts said the seal was the same male that was found wandering on a Papakura street on Monday.

It was likely he came ashore because he was sick of the stormy weather and needed a rest, Sebregts said.

Yesterday, the Papakura seal's first adventure ended in a the occupation of a local's driveway, after a day spent alarming and enchanting passers-by. The New Zealand Herald's Anna Leask reports on efforts to herd the seal back to safety.

When Danny Yong woke up this morning and found his house surrounded by police and firefighters - he naturally panicked.

"I thought I'd got myself into trouble somehow. Then my flatmates went outside and saw a seal in the driveway," he said.

Unbeknown to Mr Yong, the now-named Papakura Seal had settled into his Coles Cres driveway and was in no hurry to move.