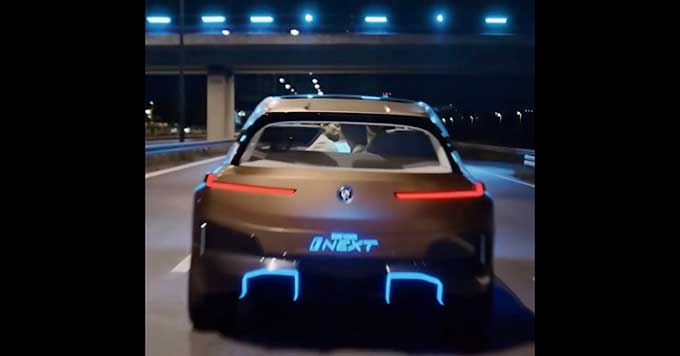 BMW doesn't make a self-driving  car, but that didn't stop it from making a video with people having sex in one. The car manufacturer tweeted about the video, then inexplicably pulled out. The YouTube channel Eurobiker managed to grab a copy before it vanished.

The quick video shows a scene of a couple kissing and getting more intimate before taking things on the road. Suddenly, we're transported to a scene of the Vision iNext concept, presumably carrying the couple inside. The ad doesn't ever explicitly show the two inside the vehicle, but as a police vehicle motors by, the red and blue lights appear to light the steamy scene. Just like that, the video is over.

P.S., My IFTF colleague Bradley Kreit alerted me to this 2018 Fast Company article, "Self-driving cars will be for sex, scientists say" Read the rest