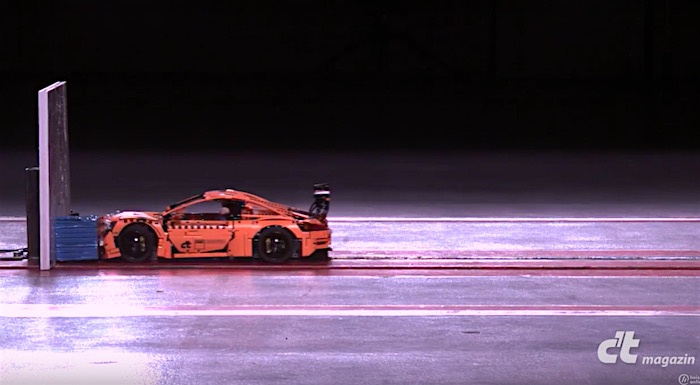 Who knew a slo-mo car crash could look so celestial? Of course it helps that the car, going about 29 mph, was made of Lego pieces.

c't went to the crash test experts from ADAC and crashed the model car just like a big one (EURO-NCAP, 40% offset). The crash was filmed with several high speed cameras with 1000 fps.