The Gömböc is an object with only one two equilibrium points, one stable and one unstable 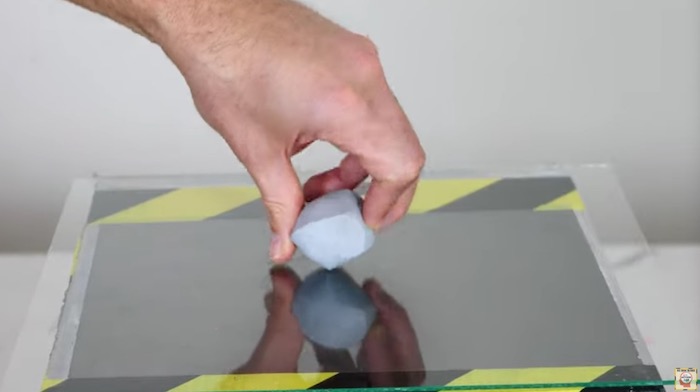 According to the Action Man, "The Gömböc is the world's first three-dimensional convex and homogeneous shape that has only one stable and one unstable equilibrium point." Interestingly, the shape is similar to certain kinds of turtles. If one of these turtles is turned upside down, gravity will turn it right side up. 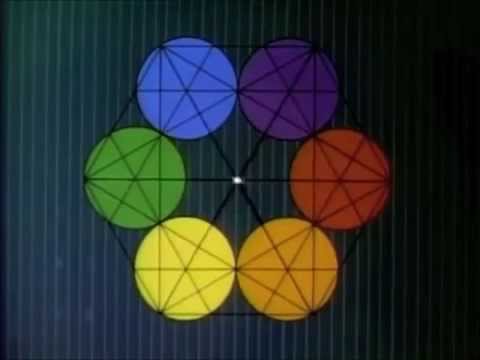 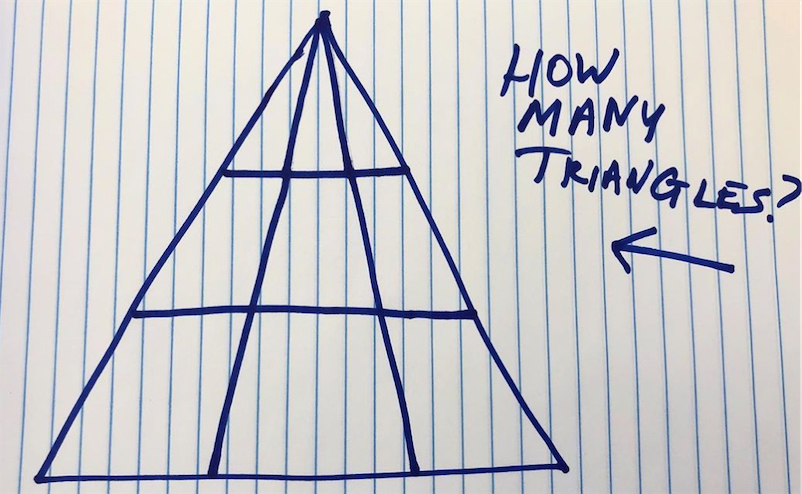 Make your own M.C. Escher-style metamorphosis 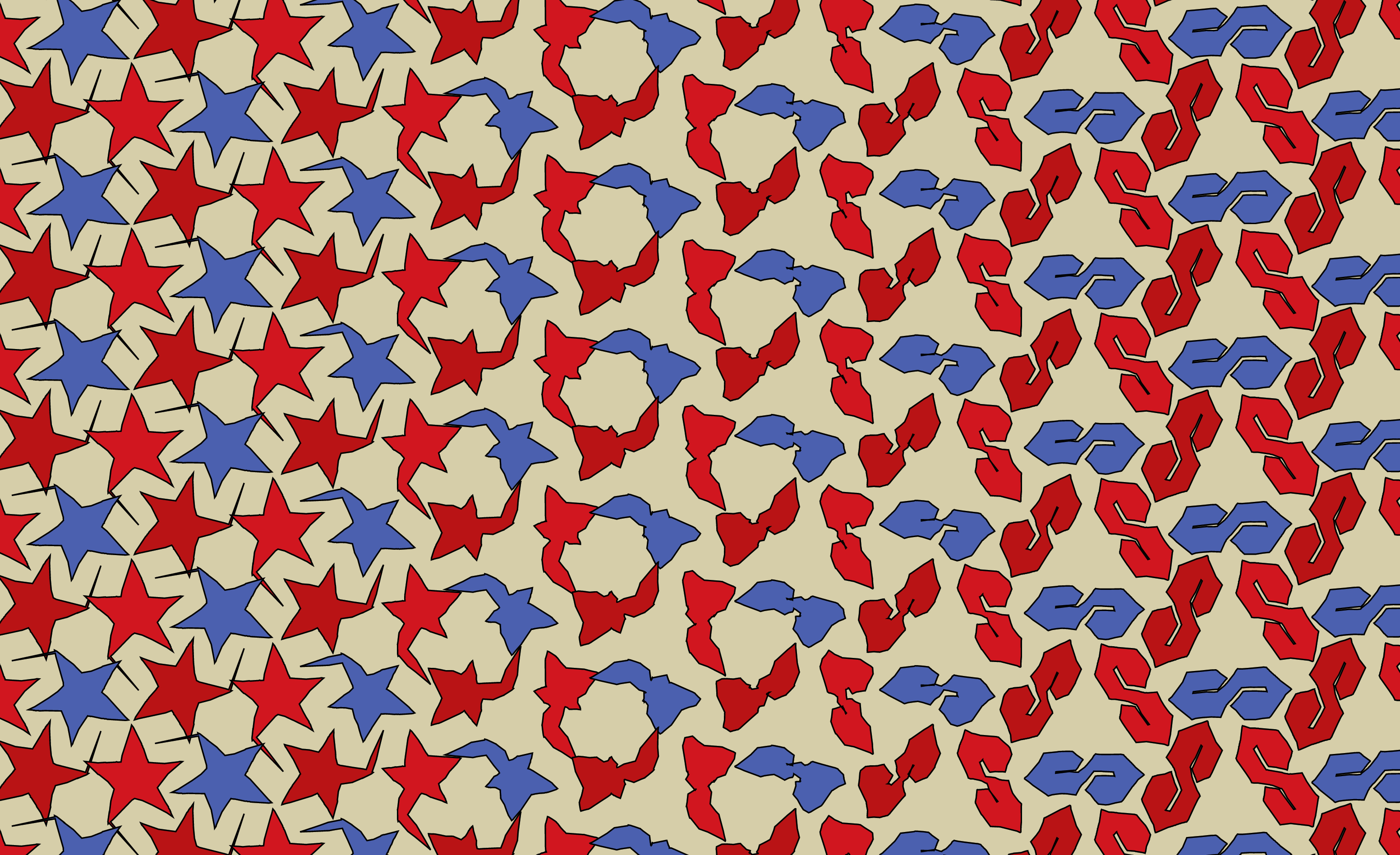 The Metamorphosis Machine generates tessellating art in the style of M.C. Escher. It's a companion to an online documentary about his life and work built around an interactive, high-resolution image of Metamorphosis II, the print that established his fame.

Here's mine, metamorphosing a five-pointed star into the Cool S. Read the rest

After seeing a successful Kickstarter project, Angus from Makers Muse has been experimenting with sphericons, unusual shapes that meander when they roll. Read the rest

A ball that inverts and changes color when it is midair, and the scientific literature that explains it

The Hoberman Switch Pitch Throwing Ball is a $12 toy that instantiates a dual polyhedron: every time you throw it, it turns inside-out; there's a wealth of scientific literature that explains how this works, including this open-access paper from the Journal of the International Association for Shell and Spatial Structures. Here's JWZ's summary: "The curved body panels that make it look like a sphere hide an internal structure that is a cube; or really, two tetrahedrons embedded in a cube; and when it its its activation energy, the tetrahedron becomes its dual, swapping faces and vertices." Read the rest

How to make those fancy geometric pies by lokokitchen 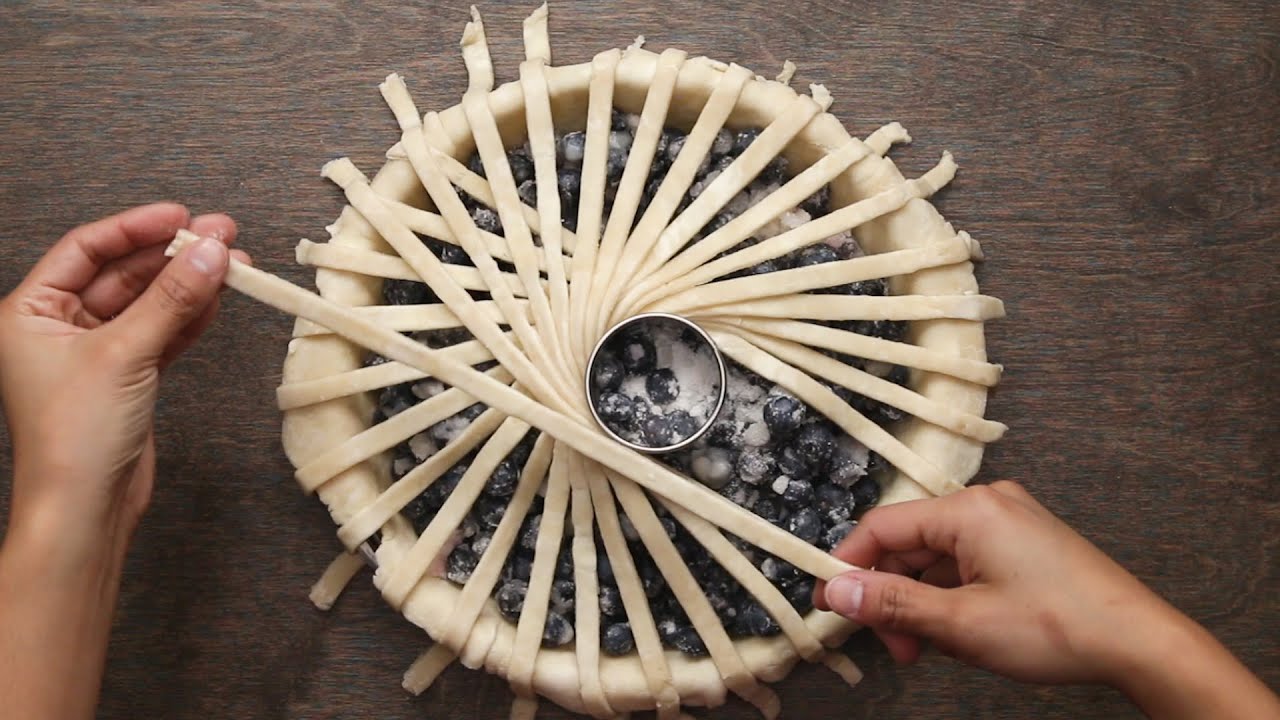 Seattle-based self-taught baker Lauren Ko of Loko Kitchen was inspired to start making her now-viral geometric pies after seeing some cool ones on Pinterest.

For Pi Day, Tasty posted this video of Ko telling her story while showing us step-by-step how she does her thing. It's so satisfying to watch, esp. that sped-up crust-weaving part.

Be sure to follow her pie-making adventures on Instagram. Since she started it in August 2017, she's gained over 150K followers, including Martha Stewart.

Friend or foetato? 🥔| Spud redux of my pear tart with red, purple, New, and sweet potatoes (all hand-sliced because I’m a masochist and I still can’t decide on a mandolin) and melty Raclette. Carbz and cheese: the lifespud of Mondays, amirite? 🧀

Dressed to the lines. 〰️| How else does one mow through @costco quantities of butter, flour, and sweet potatoes but with pie? Last week, I was scrounging the pantry. This week, I’m clearing house. #notsponsored, just anti-hoarding

What’s love quat to do with it? 🍊| Chocolate tart with chocolate glaze from @epicurious tiled with tangy kumquats. With Valentine’s approaching, consider this one luxuriant way to help you say “Kumquat may, I’ll love you to my pieing day.” (Even if it’s to yourself because let’s be real, you deserve every last crumbquat.) 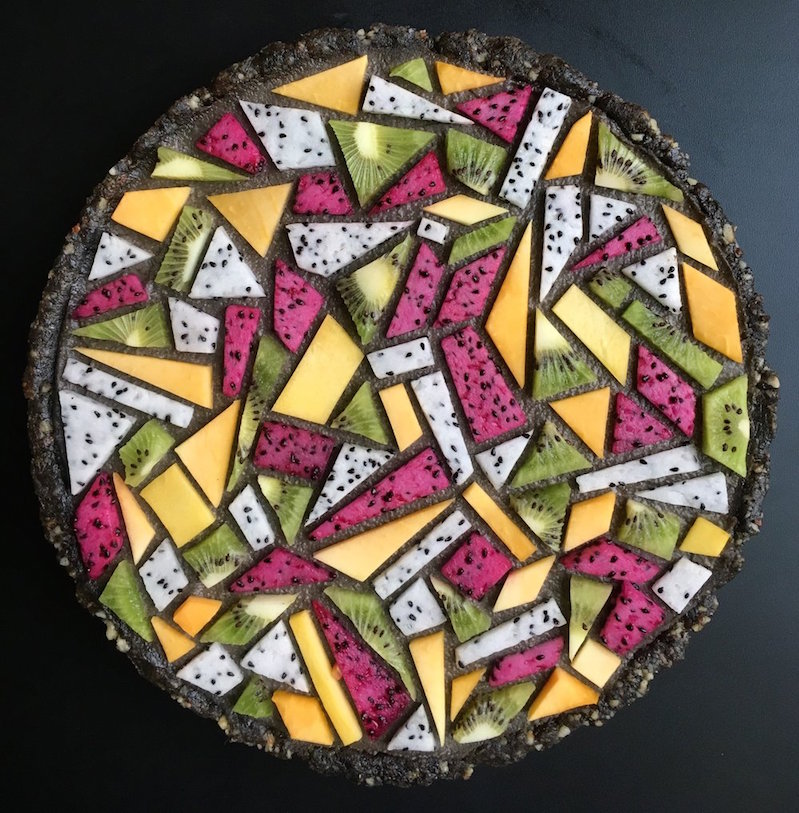 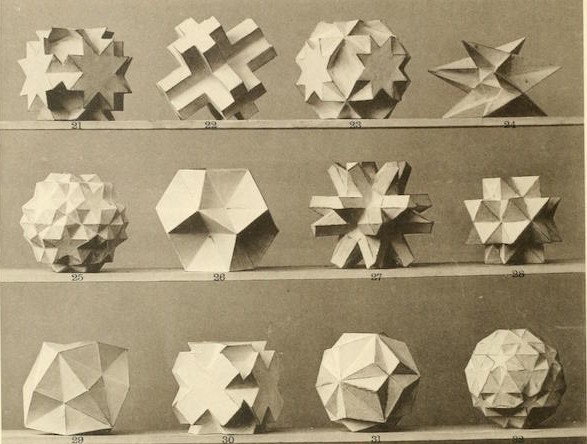 The German geometer Max Brückner was fascinated by polyhedra, and he wrote about them in depth in his 1900 work Polygons and Polyhedra: Theory and History.

Over at the Internet Archive, they've scanned the book, and if you flip to the end -- beginning at page 243 -- there's a real visual treat: Several pages of Brückner's line drawings of polyhedra, followed by photos of his collection of 3D polyhedral objects.

The Public Domain Review recently unearthed these, and now I want some of these pages blown up to poster-size for my walls!

(You can seem more of these screenshots over at the Public Domain Review's post.) Read the rest

Watch a mathematician explore non-euclidian geometry with a VR headset 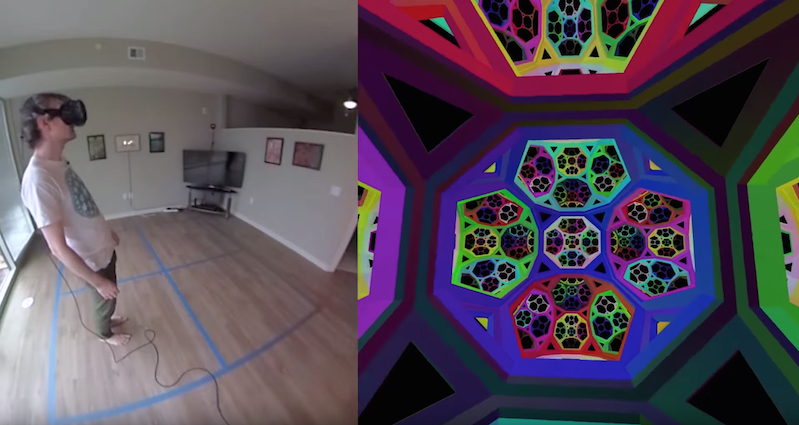 Mathematician Henry Sagerman and colleagues developed a cool way to observe non-euclidian geometry from a new vantage point: inside the geometry itself via virtual reality. Read the rest 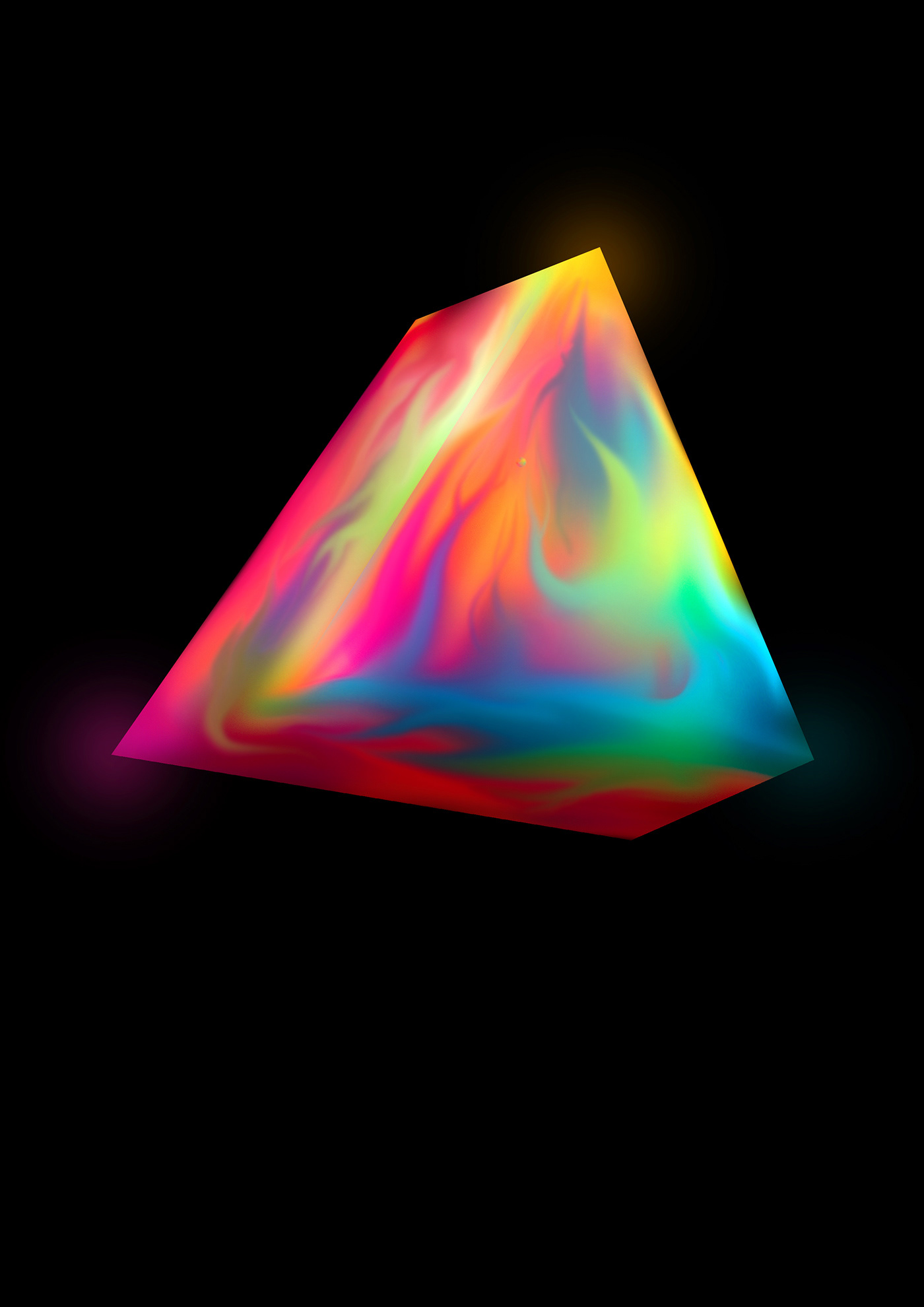 Video of cube passing through hole in equally sized cube 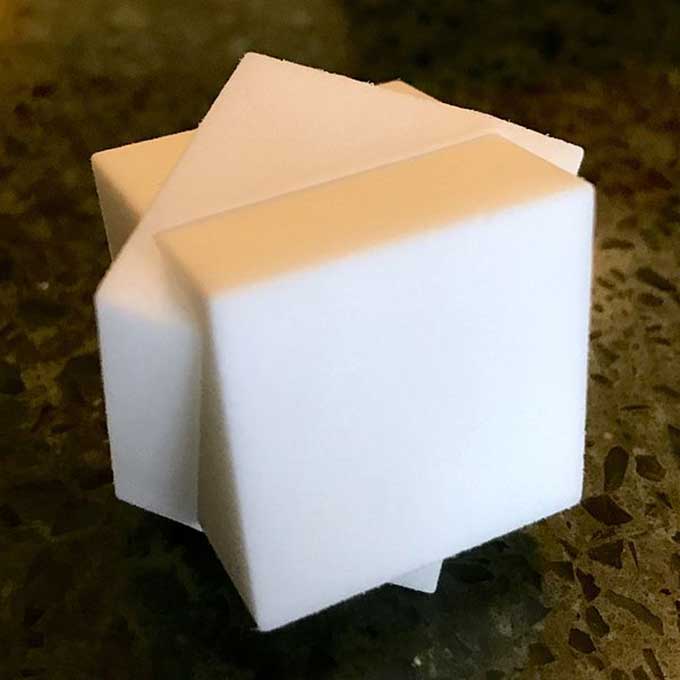 If you have two cubes of equal size, it's possible to cut a hole in one cube that's large enough for the other cube to pass through it.

In geometry, Prince Rupert's cube (named after Prince Rupert of the Rhine) is the largest cube that can pass through a hole cut through a unit cube, i.e. through a cube whose sides have length 1, without splitting the cube into two pieces. Its side length is approximately 6% larger than that of the unit cube through which it passes. The problem of finding the largest square that lies entirely within a unit cube is closely related, and has the same solution.

The original proposition posed by Prince Rupert of the Rhine was that a cube could be passed through a hole made in another cube of the same size without splitting the cube into two pieces. 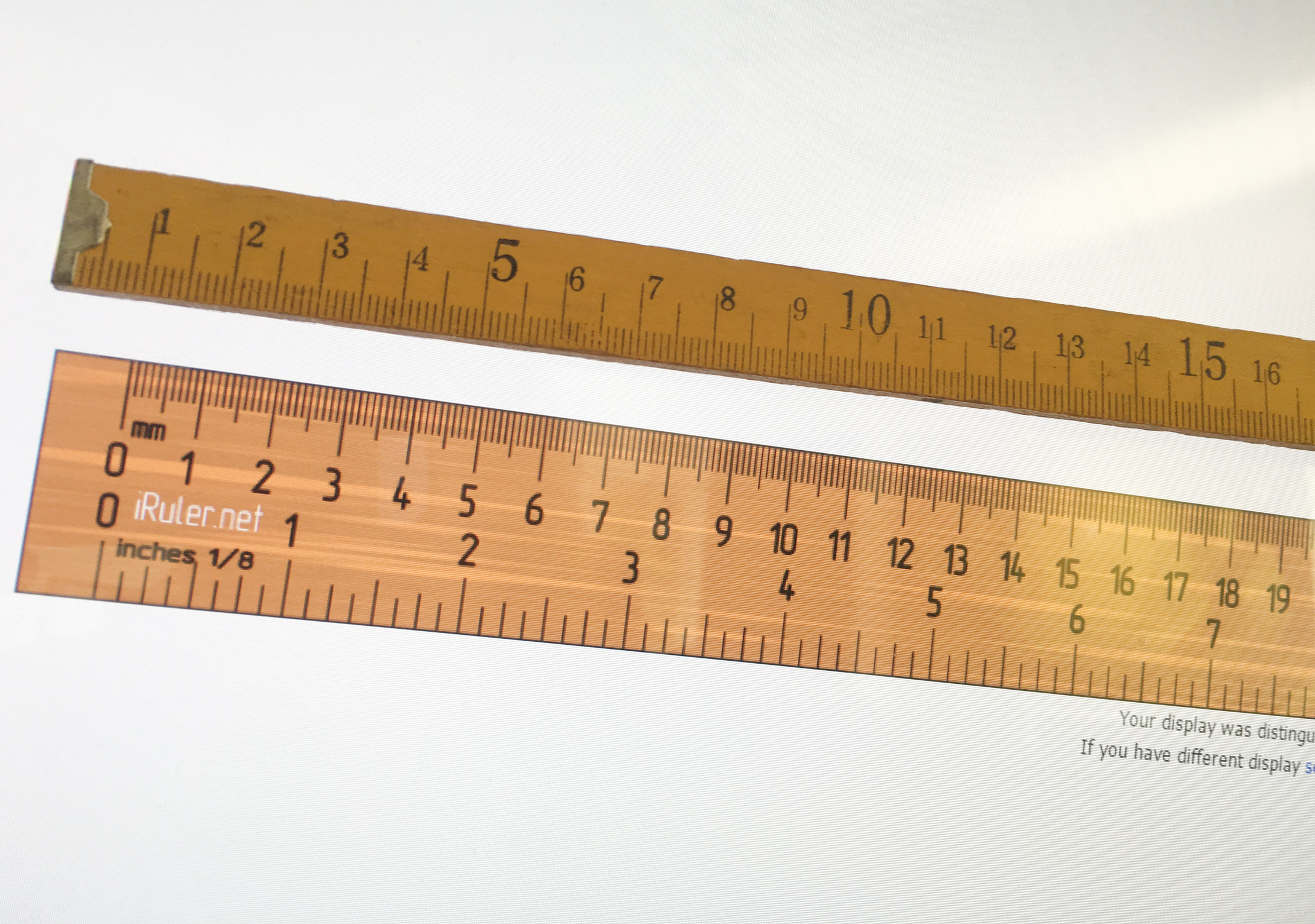 iRuler.net detects the dimensions and resolution of your display and then displays a rule upon it. In the photo above, I've placed a real ruler on the screen (above) to verify the accuracy of the iRuler (below). Good enough for me! Read the rest

geometry / internet of things that are wrong 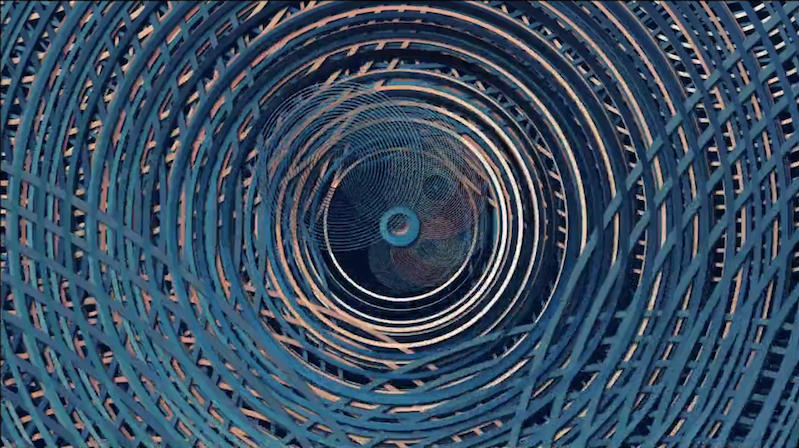 Symmetry is a single by Max Cooper and Tom Hodge from Max's EP Emergence. Designer Kevin McGloughlin created a stunning video of teal and copper concentric circles morphing and meshing in surprising and hypnotic ways. Read the rest

How Eratosthenes calculated the circumference of the Earth in 200 BC 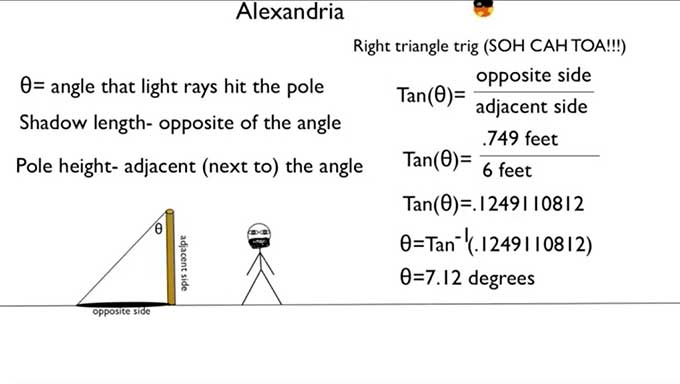 High school teacher Joe Howard made another excellent math video. This time, he shows how Eratosthenes calculated the circumference of the Earth in 200 BC.

In one of the dopest displays of critical thinking in history, Erotosthenes estimated the circumference of the Earth. All he had was a pole, the sun, knowledge of a famous well in Egypt, and potentially money to pay someone to walk the distance between two cities. This story demonstrates the beauty of trigonometry.