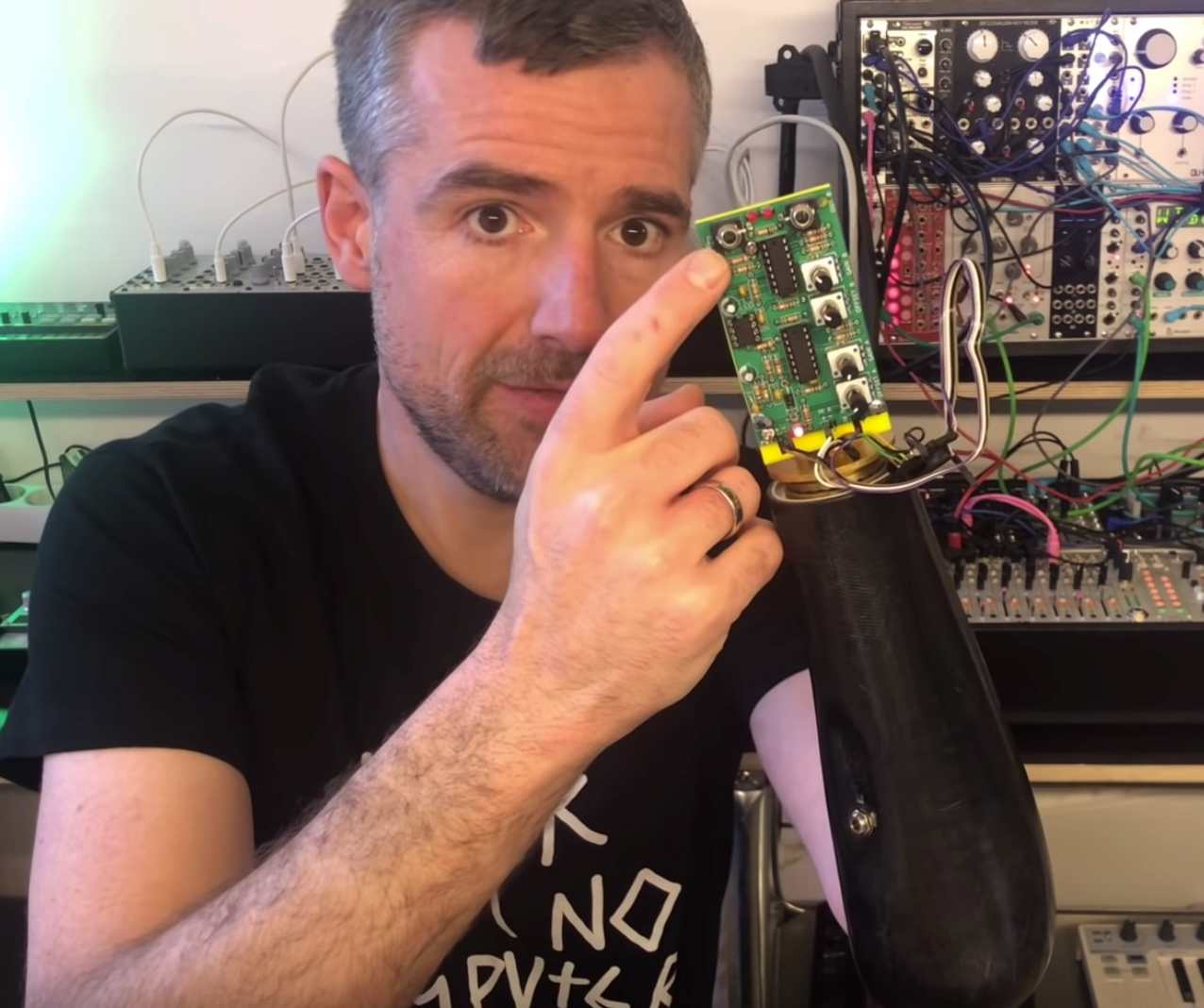 Bertolt Meyer wears a myoelectric prosthetic arm and hand controlled by electrodes attached to his residual limb that pick up impulses generated when he consciously contracts that muscle. Those impulses are then translated into control signals for the prosthetic hand. An electronic musician, Meyer had the idea to swap out the prosthetic hand for a DIY controller for his modular synthesizers so he can play music just by thinking about it. This is the SynLimb. Meyer writes:

Together with Chrisi from KOMA Elektronik and my husband Daniel, I am in the process of building a device (the "SynLimb") that attaches to my arm prosthesis instead of the prosthetic hand. The SynLimb converts the electrode signals that my prosthesis picks up from my residual limb into control voltages (CV) for controlling my modular synthesizer. The SynLimb thus allows me to plug my prosthesis directly into my snythesizer so that I can control its parameters with the signals from my body that normally control the hand. For me, this feels like controlling the synth with my thoughts. 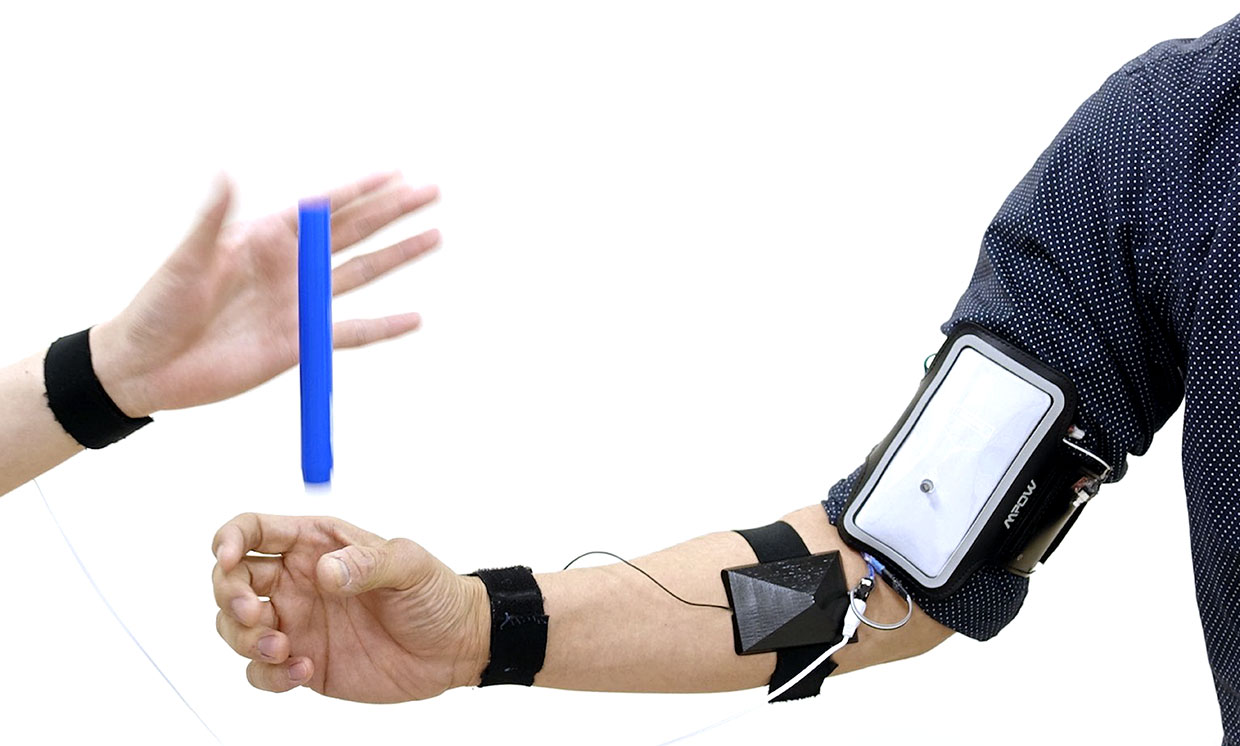