NYPD cop confiscates motorcycle for reckless driving, then drives it recklessly and crashes it 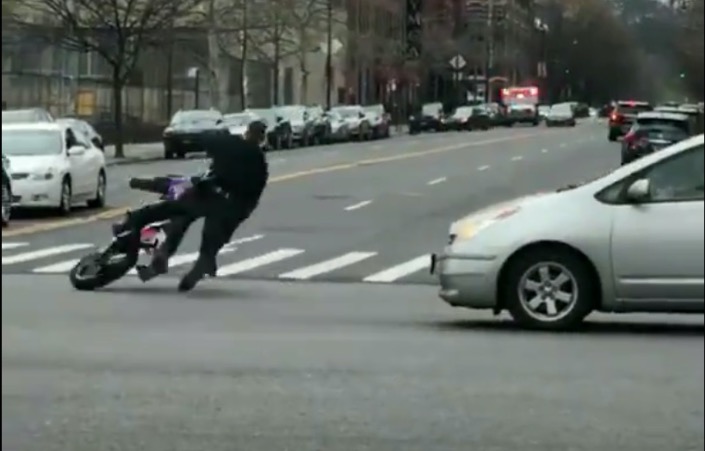 The New York Post reports: "An NYPD cop went on a wild dirt-bike ride in Harlem on Sunday afternoon — and injured himself when he tumbled off the bike and slammed into the road, video of the crash shows. The cop popped a wheelie, and then sped off into traffic on the bike on Lenox Avenue and 135th Street at about 6 p.m., according to the video and police." 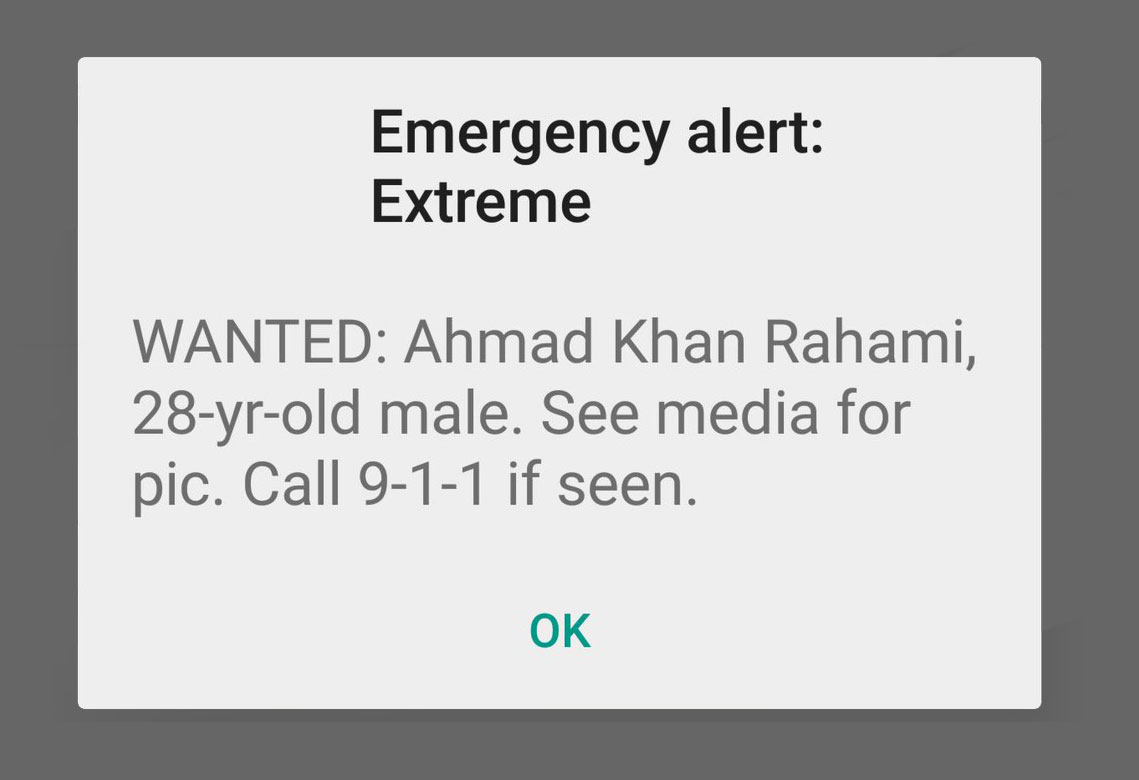 Hey, you know Ahmad Khan Rahami, right? Yeah mate, google that mug. He's our man, tell us if you spot him.

The real text message, sent to New Yorkers using an emergency response system, was a little less casual: "WANTED: Ahmad Khan Rahami, 28-yr-old male. See media for pic. Call 9–1–1 if seen." But it's annoyed critics of sloppy policing and convinced some area Muslims that it's not a good day to be out on the streets.

The wireless emergency alert system is for Amber Alerts, alerts from the President, and imminent threats to public safety. It's a bad idea to use such a rudimentary, text-only, in-your-face alert system to directly deputize 13m people in the search of a man with a common Arab name.

It provides no useful contextual information, warns of no imminent danger. It essentially deputizes the five boroughs and encourages people to treat anyone who looks like he might be named “Ahmad Khan Rahami” with suspicion. In a country where people are routinely harassed and assaulted for just appearing to be Muslim, this is remarkably ill-advised.

Shoutout to my fellow brown persons who originally planned on taking the subway to the airport today with luggage pic.twitter.com/Lz0tiiD7uv

It's a good example of how something's intended strengths—emergency management systems, terror legislation, and so forth—are exposed as weaknesses when the authorities abuse them in the hope of a quick collaring or easier prosecutions. They should know that whatever their intentions, the result of this foolish message would be a "Muslim hunt" more suited to a subreddit than the streets of New York City. Read the rest

Denise Balkisoon, who did a great job covering the Byron Sonne trial writes, "If you're not tired of G20 hacker/accused bomber Byron Sonne yet, the details of his pre-trial are now no longer under publication ban. I'm doing two posts on Open File with details, this is the first. Includes the police statement as to why they lied about his jaywalking to get his ID: 'If he didn't do anything wrong, why wouldn't he give me his name?,' said officer Euane Simon. 'An ordinary person would not be that defensive.'

Sonne, of course, was Toronto's "G20 hacker," a security expert whose life was destroyed by Toronto cops and the Canadian prosecutor when he pointed out the stupidity of the $1.2B G20 security theater.

Witness: Officer Irvin Albrecht, forensic identification officer Albrecht presented videos and photos from the search of Sonne’s then-home at 58 Elderwood Drive. He noted, among other things, “computer hacker convention passes” on lanyards. He also noted a “suspected homemade detonator,” a device that figured highly in Sonne’s two denials of bail.

“How was that identified as such?” asked Peter Copeland, another of Sonne’s lawyers.

Albrecht said that he identified the “detonator” during his initial walk through the scene with a Sergeant Gibson. He also “came across similar looking items” in his later reading.

Later, Gavin Edison of the Centre for Forensic Sciences identified the “suspected homemade detonator” as a thermocouple, otherwise known as a fancy thermometer.