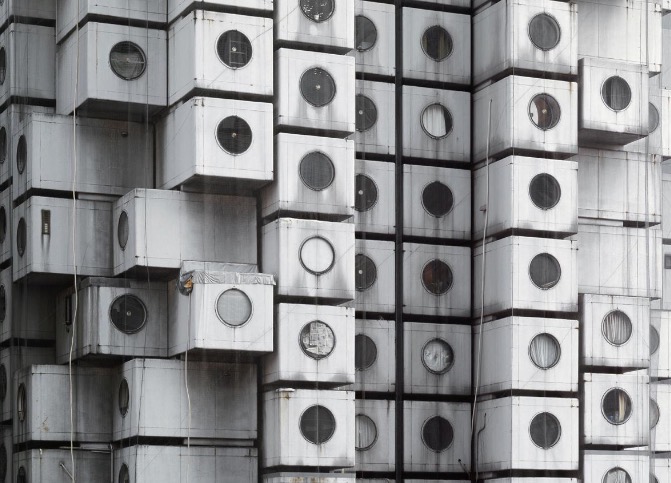 Since 2010, photographer Noritaka Minami has documented life in Tokyo's Nakagin Tower, a "metabolist" building constructed in 1972 in just one month. Each prefabricated cube attached to the core tower is a 107-square-foot apartment complete with a tiny lavatory. Since designer Kisho Kurokawa's death in 2007, its fate has been uncertain. From National Geographic:

Some capsule owners have moved out or converted their rooms into offices, while others have chosen to renovate and remain in the one-of-a-kind dwelling.

Minami avoided photographing the tenants directly, preferring to have their presence communicated through their objects. “[The room] functions as a container of people's identity, personal interest, hobbies and taste.”

This video will show you how to live so long, you'll be the oldest person alive on the planet.