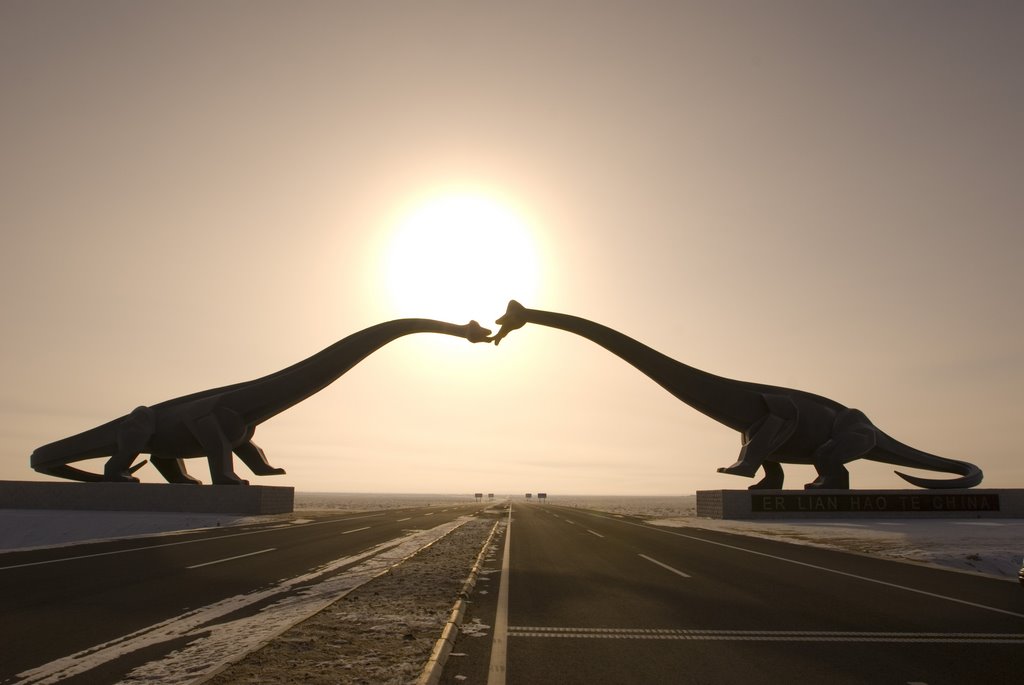 Erenhot is a dinosaur fossil hot-spot on the border between China and Mongolia. In an outpouring of civic pride, they erected this fabulous arch made of kissing dinosaurs. Read the rest

Watch a Mongolian family assemble their yurt in fast-forward video

The nomadic people of Mongolia don't stay in one place for long. That's why they live in gers (which American's know by the Russian name, yurt), a home that is fast and easy to assemble and disassemble. Putting up a ger (pronounced gair) is fast and easy, but its best done by an entire family. This ger was moved by the family of Shagdarsuren Herelchuluun, on the east side of Lake Hovsgol, in northern Mongolia, not far from the Russian border.

(via @pulitzercenter) Read the rest