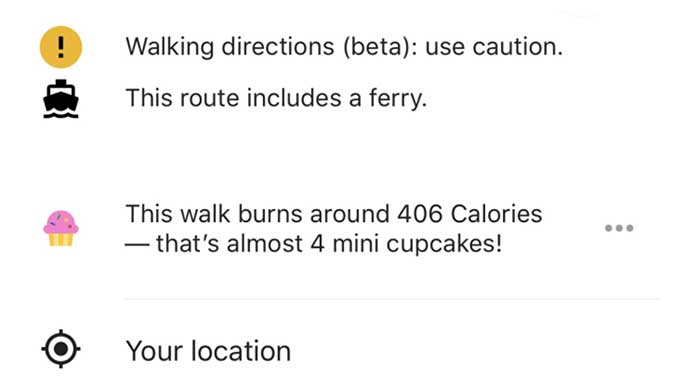 Responding to complaints from people with eating disorders, Google quickly shuttered a test feature from the iOS version of Google Maps that showed how many mini-cupcakes' worth of calories it would take to walk somewhere.

And although this new Maps feature might sound similar to how some restaurants are required to show calorie counts on menus, this is more aggressive. It doesn't just show you the calorie count of the potential walk, it shows you what it amounts to in junk food – and in cupcakes, a type of food that is particularly associated with women.