Here's what a nuclear reactor starting up looks like 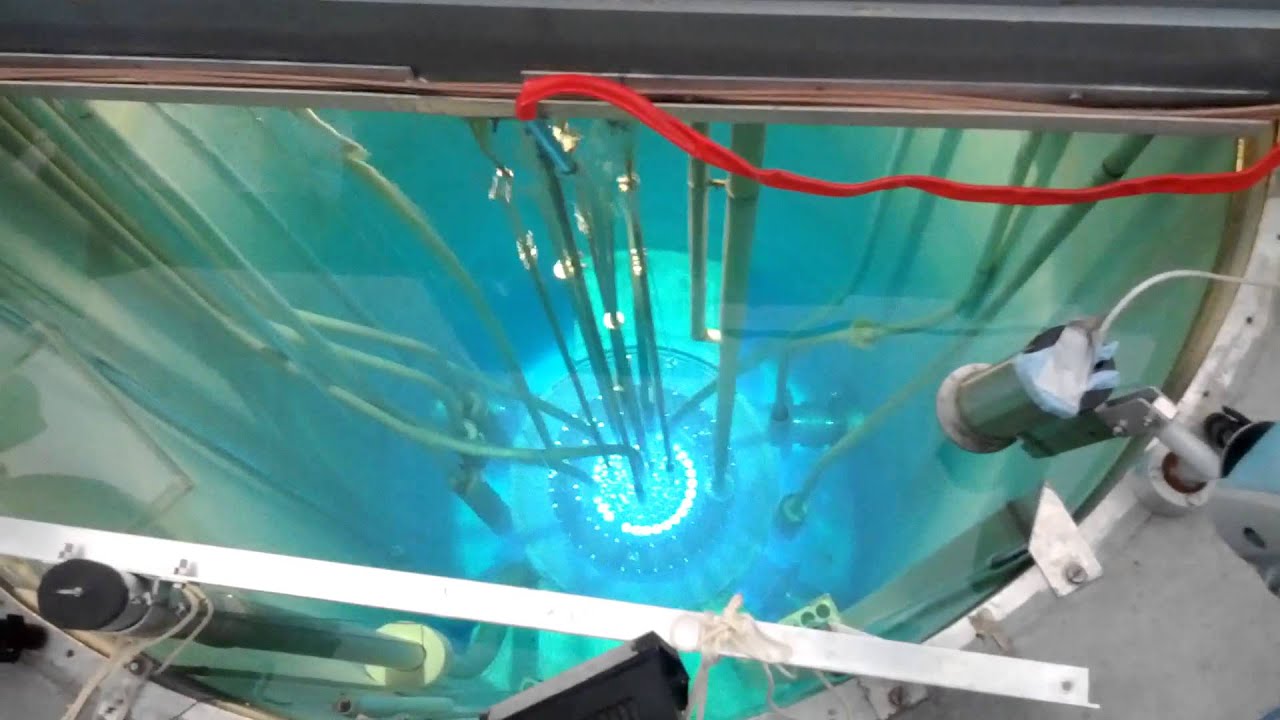 Super neat video here that is identified as “Nuclear reactor starting up (TRIGA).” Read the rest 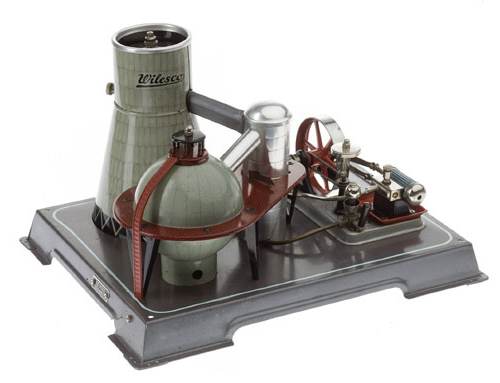 The proposed nuclear power plant at Hinkley Point in Somerset, UK is estimated to cost $35 billion. The BBC compares the price tag to other big ticket items:

For that sum you could build a small forest of Burj Khalifas - the world's tallest building, in Dubai, cost a piffling £1bn ($1.5bn). You could also knock up more than 70 miles of particle accelerator. The 17-mile-long Large Hadron Collider, built under the border between France and Switzerland to unlock the secrets of the universe, cost a mere £4bn ($5.8bn).

The most expensive bridge ever constructed is the eastern replacement span of the Oakland Bay Bridge in San Francisco, designed to withstand the strongest earthquake seismologists would expect within the next 1,500 years. That cost about £4.5bn ($6.5bn).

New UK power station to be "most expensive object on earth" 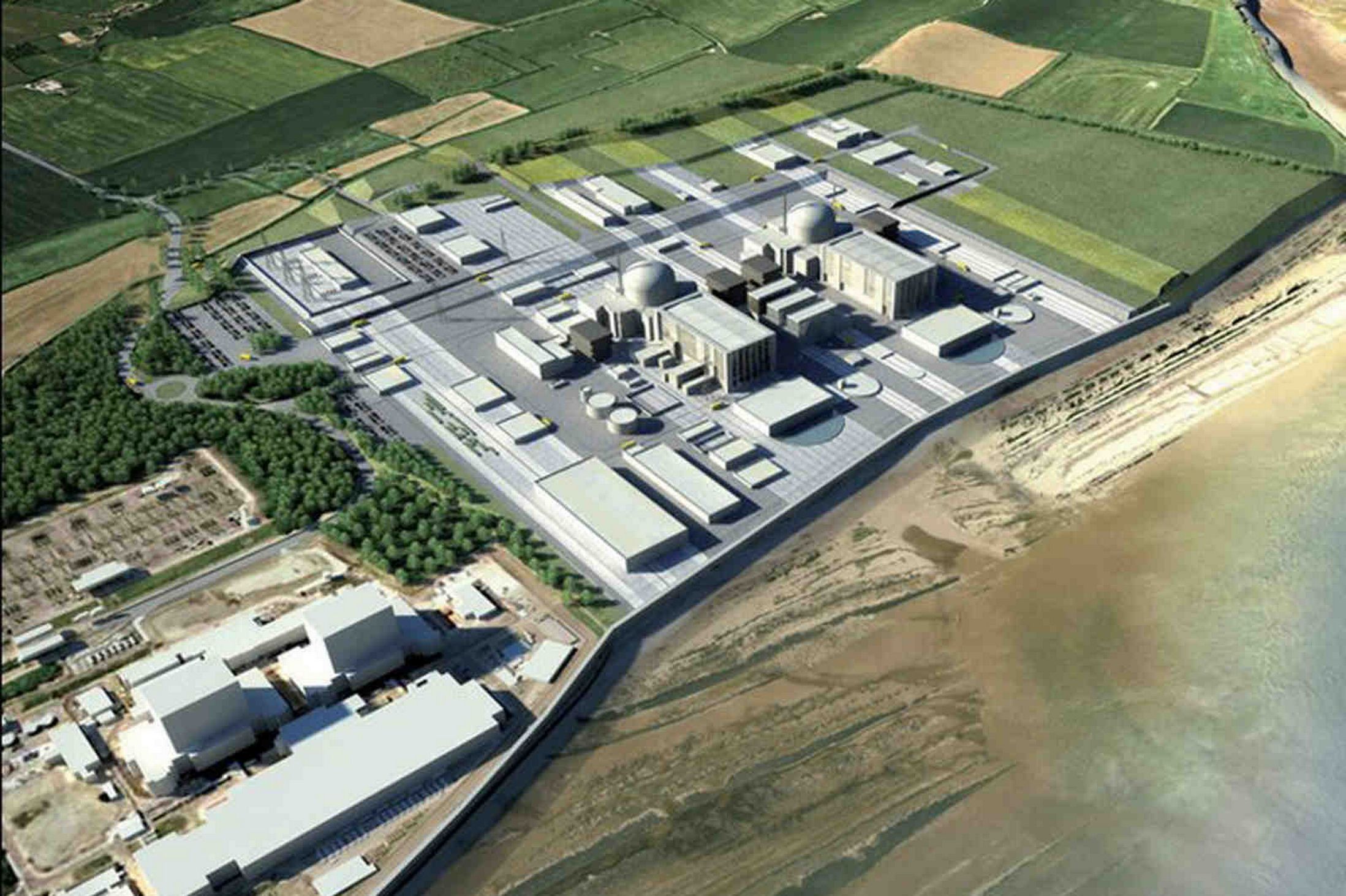 At an estimated $35bn lifetime cost, the new Hinkley C nuclear power station will be more expensive than any other civil engineering project on planet Earth, reports the BBC. The astronomical costs are disputed, but even the government's own figures put it at $25bn.

For that sum you could build a small forest of Burj Khalifas - the world's tallest building, in Dubai, cost a piffling £1bn ($1.5bn). You could also knock up more than 70 miles of particle accelerator. The 17-mile-long Large Hadron Collider, built under the border between France and Switzerland to unlock the secrets of the universe, cost a mere £4bn ($5.8bn). The most expensive bridge ever constructed is the eastern replacement span of the Oakland Bay Bridge in San Francisco, designed to withstand the strongest earthquake seismologists would expect within the next 1,500 years. That cost about £4.5bn ($6.5bn).

Even the Great Pyramid would cost less than a billion to make, now, and require only a few hundred workers. But there is one man-made object pricier than a new nuclear power station in a western democracy: the international space station, alleged to have cost more than $100bn.

The deal seems strangely shady for something so obviously controversial: driven by political wrangling, with building costs offset to France and the project financed by China in return for a promise that the UK will pay twice the going rate for the electricity -- so expensive that onshore wind farms are cheaper. Even environmentalists OK with nuclear think the idea of a single vast plant powering an entire region is an outdated nightmare in the making. Read the rest

TEPCO admits Fukushima is leaking into the ocean

Experts have long suspected that the Fukushima nuclear power plant site is leaking contaminated water into the nearby ocean. Today, TEPCO, the Japanese energy company that owns the site, admitted this is, in fact, the case. Read the rest

Models present lingerie maker Triumph's new concept bra, the "Super Cool Bra", during its unveiling in Tokyo on May 9, 2012. The bra, modeled after a miniature fishbowl, contains a gel material designed to draw excess heat out of the body in its cups. It was created to help women "feel refreshed" during summer by wearing it, the lingerie maker said. Japan is headed for a power shortage this summer following the shutdown of all nuclear power reactors. I don't really get what's up with the pipe. Read the rest

About halfway through Nuclear Aftershocks, a new FRONTLINE documentary about the physical and social fallout of the Fukushima nuclear disaster, it becomes clear that correspondent Miles O'Brien and his production team are really going to piss some people off. In the best possible way.

The first part of the program is a pretty straightforward timeline, walking you through the earthquake and tsunami that led to meltdown at a Japanese nuclear power plant. It's a gripping story, and includes some particularly heart-wrenching details—Fukushima plant workers scavenging car batteries in a last-ditch attempt to restore backup power, the Japanese paleontologist who spent 20 years trying to warn the government and industry that tsunamis of this magnitude had happened before and would happen again. At the same time, though, it's pretty straightforward stuff. You might have heard the information elsewhere, it's just better explained here.

What makes Nuclear Aftershocks different is the point when the documentary shifts gears, and begins to talk about what happens next. What does Fukushima mean for the future of nuclear energy? What happens if places like Germany and Japan shut down their nuclear power plants? How does the fear of nuclear meltdown stack up against the consequences of a world with no nuclear energy? This is where Nuclear Aftershocks really gets good, and it starts with one fact.

Japanese officials evacuated areas around the crippled nuclear plant where humans would receive a radiation dose of 20 millisieverts per year. Read the rest

IEEE Spectrum has a big special feature online now about the Fukushima nuclear disaster and its after-effects. It includes an interactive map showing the impact that Fukushima has had on evacuation of residents, contamination of soil, and contamination of food and water supplies.

It also includes a blow-by-blow account of what happened during the first 24-hours of the disaster. This solid investigative reporting by Eliza Strickland highlights several key points where simple changes could have lead to a very different outcome than the one we got.

True, the antinuclear forces will find plenty in the Fukushima saga to bolster their arguments. The interlocked and cascading chain of mishaps seems to be a textbook validation of the "normal accidents" hypothesis developed by Charles Perrow after Three Mile Island. Perrow, a Yale University sociologist, identified the nuclear power plant as the canonical tightly coupled system, in which the occasional catastrophic failure is inevitable.

On the other hand, close study of the disaster's first 24 hours, before the cascade of failures carried reactor 1 beyond any hope of salvation, reveals clear inflection points where minor differences would have prevented events from spiraling out of control. Some of these are astonishingly simple: If the emergency generators had been installed on upper floors rather than in basements, for example, the disaster would have stopped before it began. And if workers had been able to vent gases in reactor 1 sooner, the rest of the plant's destruction might well have been averted.

The world's three major nuclear accidents had very different causes, but they have one important thing in common: In each case, the company or government agency in charge withheld critical information from the public.

I was on Bloggingheads.tv Science Saturday this week, talking with Jessa Gamble, a science journalist and the author of Siesta and the Midnight Sun, a book about how culture and biology effect the way we experience time.

Jessa was in Japan in 1999, when an accident at a nuclear fuel processing facility in the prefecture just south of Fukushima killed two workers. We started off our conversation talking about the industry lapses that led to that accident, and how government and the media responded to it. Read the rest