Police officer swallowed 40 knives because he "felt like eating" them 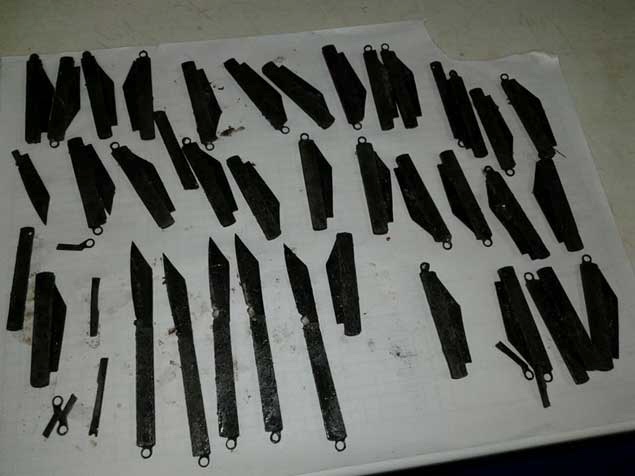 "Patient's ultrasound revealed a growth in his stomach," Dr. Jatinder Malhotra, managing director of The Corporate Hospital, told the Times of India. "To confirm the diagnosis, an endoscopy was done which showed a few metallic knives inside the stomach. After that a CT Scan of the abdomen was done, which showed multiple knives inside the stomach."

During the last two months, said the 40-year-old patient, "I felt like eating knives and ate them."

The surgery took five hours and the patient is expected to make a full recovery. The news report references that he has a "psychological problem" but does not specify if it is pica, a disorder in which an individual is compelled to eat material that isn't food, such as paper, hair, or rocks.