Microsoft is running an undersea data center to keep it cool 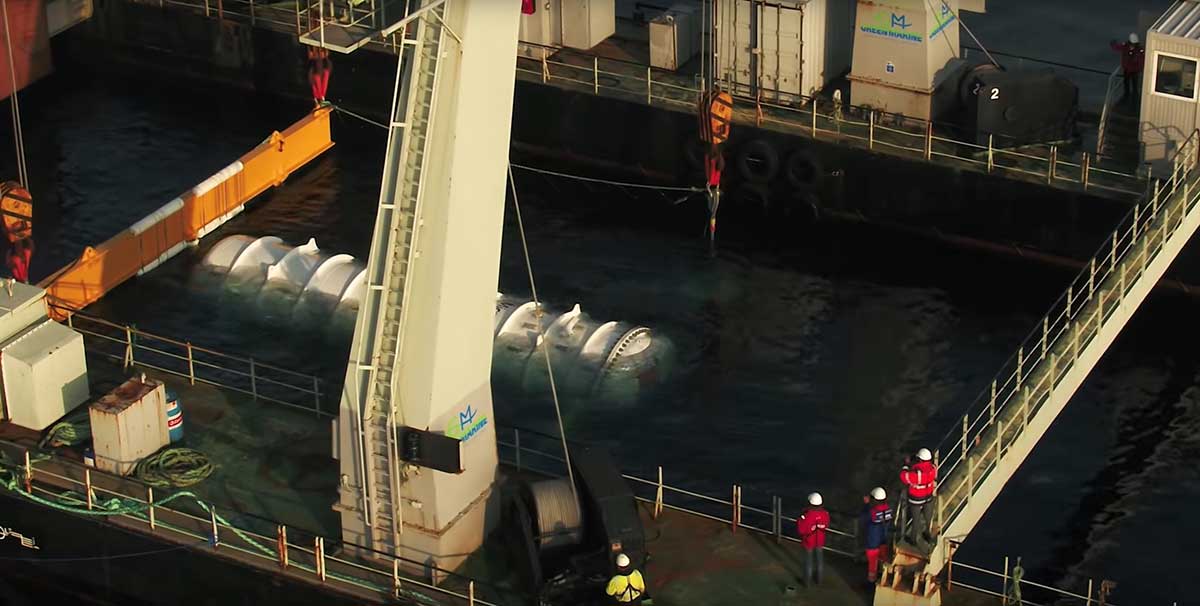 Microsoft has submerged an entire data center 100 feet below the surface of the ocean near the UK’s Orkney islands. It is powered by wind, solar, and tidal sources, and will be keep cool by using the frigid ocean water as a heat sink.

The logic is sound: Bringing data centers close to hubs of computing power benefits customers, enabling smoother web surfing or game playing by cutting down the back-and-forth between users and servers. Microsoft says nearly half the world’s population lives within 150 km (120 miles) of the ocean. And because oceans are uniformly cool below a certain depth, keeping the machines under the sea would cut down the cooling costs that make up a large chunk of the operating budget of data centers.

The Project Natick data center is made up of 864 servers packed in a 40 foot container that now sits about 22 km (14 miles) from the coast. That’s a tiny fraction of some of the huge servers—covering hundreds of thousands of square feet—that tech companies like Microsoft operate. But it may be enough to do a pilot test, and prove that the server could be deployed at commercial scale.

For this pilot project, Microsoft says it will operate the data center for 12 months. First it’ll put the servers through a battery of tests to check on power consumption, humidity levels, noise creation, and temperatures. Then the company will let some customers use the data center. If successful, Microsoft will keep operating the servers, and allow its customers to use it to run their own computations.