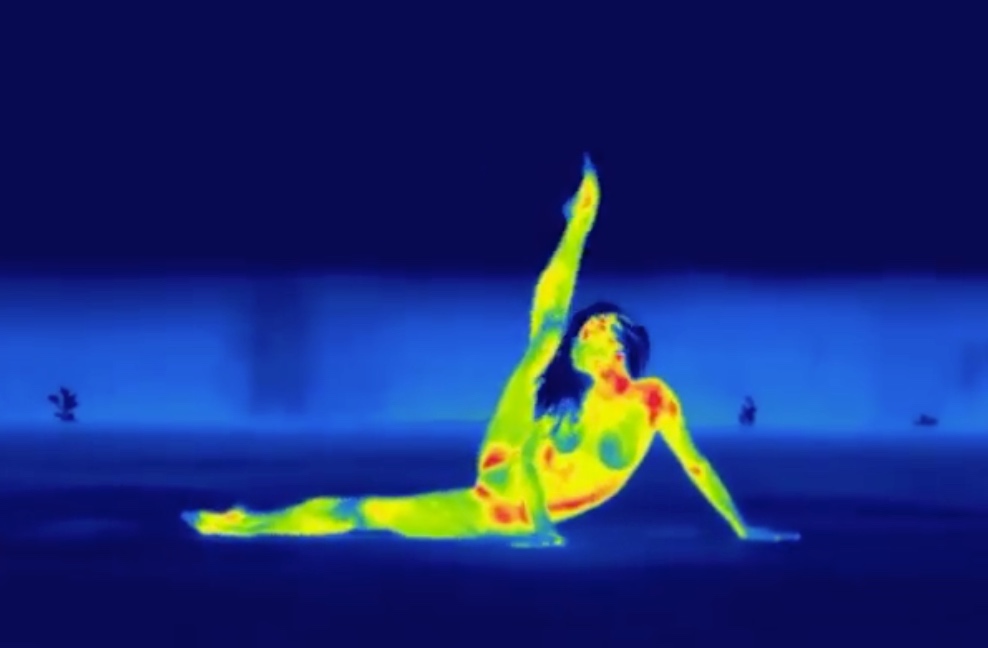 Professional dancer and actress Kylie Shea performed in front of a thermographic camera that forms an image from infrared radiation. From Instagram:

We filmed this late one night on a tennis court in the freezing cold to watch and study how my body heats up when I dance. My core was the first to fire up and the back of my legs (the place my body prefers to store fat) remained ice cold for the entire 45 minutes of improv. Though this was a few years ago, I recently rediscovered the footage and realized I had never shared it here on IG! This study fascinated me and I look forward to exploring it further with different styles of movement! Cheers to growing, learning, and dancing, always. 💫🌹🥂🎶 Motorcycle “As the Rush Comes” (Gabriel & Dresden Chillout Mix) 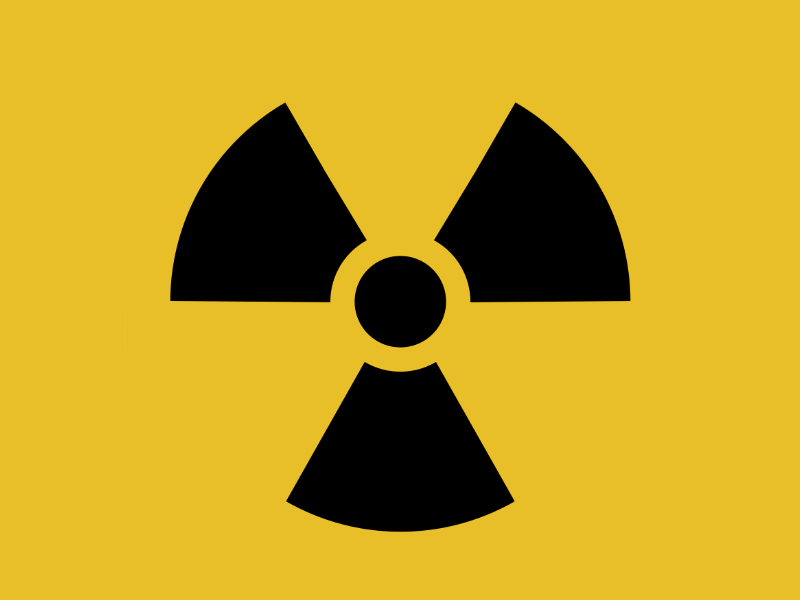 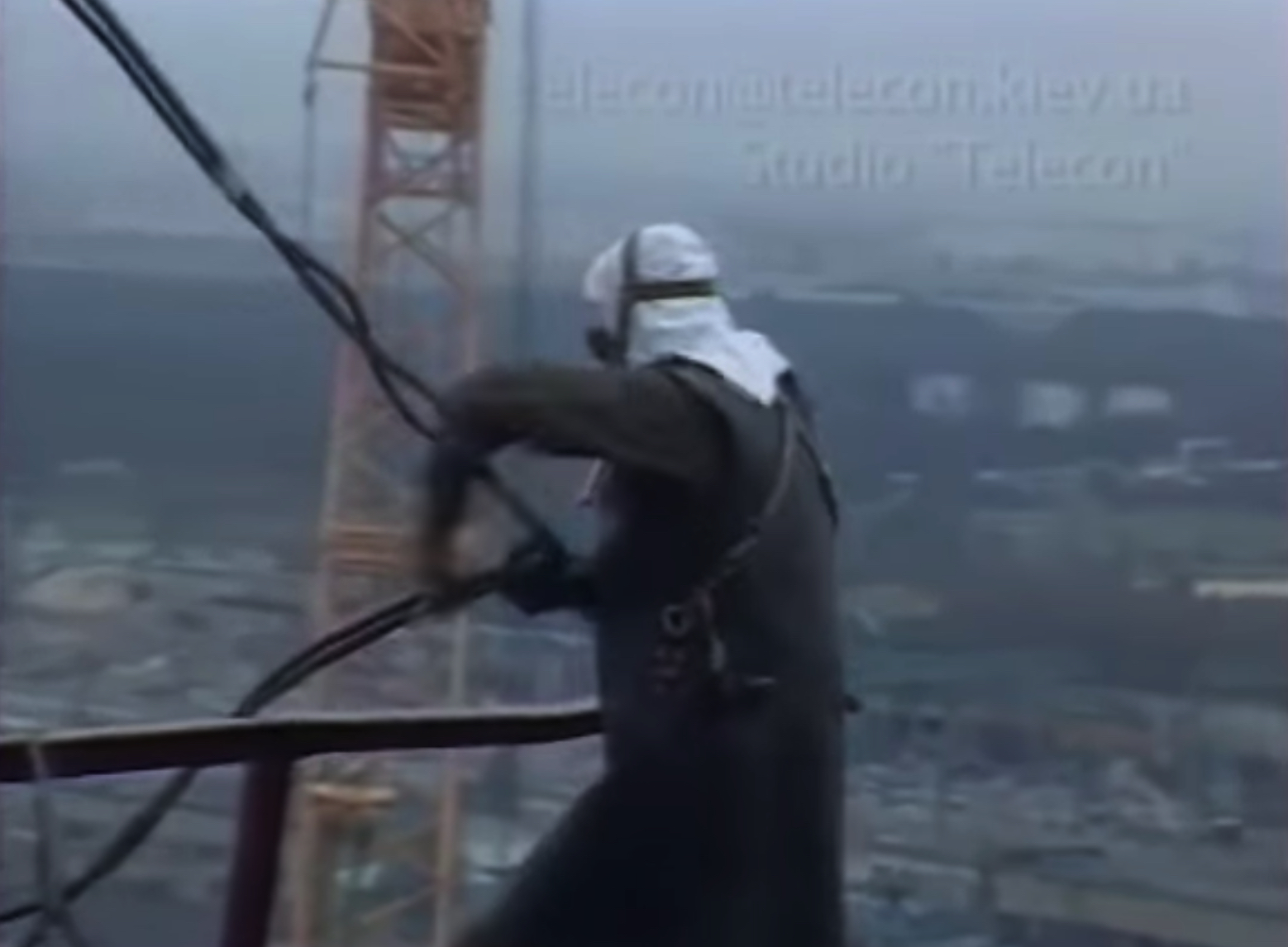 Chernobyl, the five-part HBO/Sky dramatization of the 1986 nuclear disaster, is filled with more dread, tension and horror than any Hollywood movie I've seen in years. The most unsettling part of it is knowing that it adheres closely to the truth, right down to the details. Yet I'm still startled to see just how exacting the production design is, as demonstrated by this footage from one of the plant roofs where "liquidators" struggled to remove irradiated debris by hurling it back into the open core of the reactor. Jump to about 7:45 for the roof work.

Compare to the "roof" scene from the show, which integrates the true footage so cleverly you wouldn't know it if you hadn't seen it for yourself:

If you still need convincing that you should check out this amazing show, here's the scene from Ep. 1 where three young plant workers inspect the reactor hall after the explosion. They know what they're afraid of finding, but they don't know that it's going to be... well, you watch it and see for yourself.

Embedded below, a hapless engineer is ordered onto the roof so that managers can debunk claims that the reactor is exposed to the open air. He knows he's dead as soon as he sees the satanic cloud of smoke billowing from the ruin. He knows the guard escorting him up there is dead, too—and that guy doesn't even have to go up to the edge and look down into it. The guard doesn't have to go back to the managers and get yelled at again, either. Read the rest 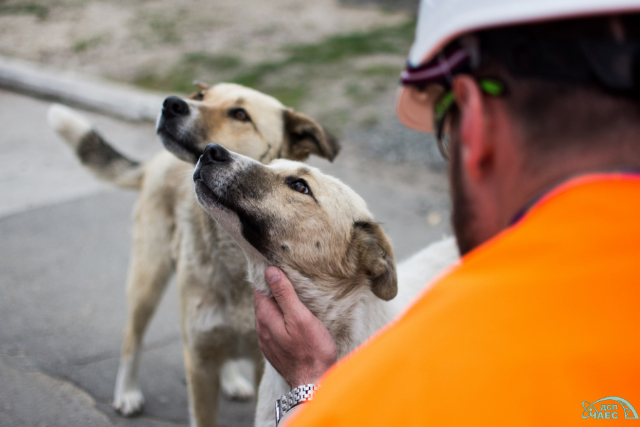 Two days ago, a truck carrying a container of radioactive cobalt-60 (enough to make a dirty bomb) was stolen by carjackers off a highway near Tijuana. Today, authorities found the truck. The thieves probably aren't terrorists, just some guys who wanted a truck with a crane attached to it. But, at some point, they opened the container of cobalt-60 and will now almost certainly die from radiation exposure. Read the rest

More on the Fukushima water leaks

The New York Times has a story that ties together several reports of contaminated, radioactive water leaking into the ground and the nearby harbor at the site of the Fukushima Daiichi power plant in Japan. From the sounds of things, this water has not yet heavily contaminated the open sea. That's the good news. The bad news is that everybody pretty much agrees that TEPCO has no idea what to do when it comes to actually stopping the leaks, and no clue how long they could continue. Read the rest

A trend towards drier, hotter summers in the forests around the abandoned nuclear power plant at Chernobyl has increased the riks of forest fires in the region — which is a big deal, considering the fact that trees and plants in the area have absorbed some of the radioactive isotopes from the 1986 disaster. If they burn, more people will be exposed to airborne particles. It's a small fraction compared with the people exposed by the original Chernobyl power plant fire, but still dangerous. Read the rest

The crowdsourced radiation monitoring project Safecast, which was launched in the weeks after the Fukushima nuclear disaster in Japan, has reached a big milestone: they have collected and published over 10,000,000 individual data points. Read the rest

Everything you thought you knew is wrong

The Van Allen Belts are donut-shaped rings of radioactive particles that encircle the Earth. They can damage satellites and pose a bit of a risk for human astronauts who venture outside our planet's protective magnetic field and into the regions of the belts. Back in high school, you probably learned that there were two of them. But, it turns out, under certain situations, this planet actually has three Van Allen Belts. The story about this at Nature News, written by , is a joy to read. You really get a sense of how totally scientists' minds were blown by this discovery. Read the rest

The legacy of Fukushima

At Time, Bryan Walsh reports on two pieces of news coming out of the aftermath of the Fukushima nuclear disaster. First, the World Health Organization has released estimates of the health effects on the plant's workers, the people who were involved in shutting it down, and the local residents who lived closest to the plant when it went into meltdown. These people will have an increased risk of leukemia, thyroid cancers, and cancer, in general. But the increase isn't as large as you might have feared. Walsh does a very good job of breaking down the statistics, here. The second bit of news is, unfortunately, not so good. In Germany, which decided to phase out nuclear power in the wake of Fukushima, coal power is on the rise. And it's rising faster than the increase in renewable energy. Read the rest

Build your own quantum entanglement experiment at home

It may be a little late for folks on the East Coast to round up the necessary parts before the blizzard really hits, but this would be a fun trapped-in-the-house project. It's not cheap, but it does give you the opportunity to see how subatomic particles interact with one another in the privacy of your own home. In a post at Scientific American George Musser explains how he put his experiment together. A follow-up promises to show you how to use it, and what he found when he did. Read the rest

Kinetic energy, as illustrated by Disney

This is the difference between low kinetic energy (top) and high kinetic energy (bottom), as illustrated in the 1956 Disney book Our Friend the Atom. It may be useful in visualizing some of the ideas presented in my recent feature on space radiation.

Via David Ng Read the rest

Space is full of radiation. It's impossible to escape. Imagine standing in the middle of a dust storm, with bits of gravel constantly swirling around you, whizzing by, pinging against your skin. That's what radiation is like in space. The problem is that, unlike a pebble or a speck of dirt, ionizing radiation doesn't bounce off human flesh. It goes right through, like a cannonball through the side of the building, leaving damage behind.

The most polluted place in the world

At Grist, Jess Zimmerman has an interesting piece about a lake near a notoriously leaky former Soviet nuclear research site, where the radiation level is so high that an hour on the beach can be enough to kill you.

You can’t really blame Lake Karachay for acting up — it comes from a really rough area. The lake is located within the Mayak Production Association, one of the largest — and leakiest — nuclear facilities in Russia. The Russian government kept Mayak entirely secret until 1990, and it spent that period of invisibility mainly having nuclear meltdowns and dumping waste into the river. By the time Mayak’s existence was officially acknowledged, there had been a 21 percent increase in cancer incidence, a 25 percent increase in birth defects, and a 41 percent increase in leukemia in the surrounding region of Chelyabinsk. The Techa river, which provided water to nearby villages, was so contaminated that up to 65 percent of locals fell ill with radiation sickness — which the doctors termed “special disease,” because as long as the facility was secret, they weren’t allowed to mention radiation in their diagnoses.