MandalaGaba, a drawing board for creating recursive, symmetrical, tessellating art 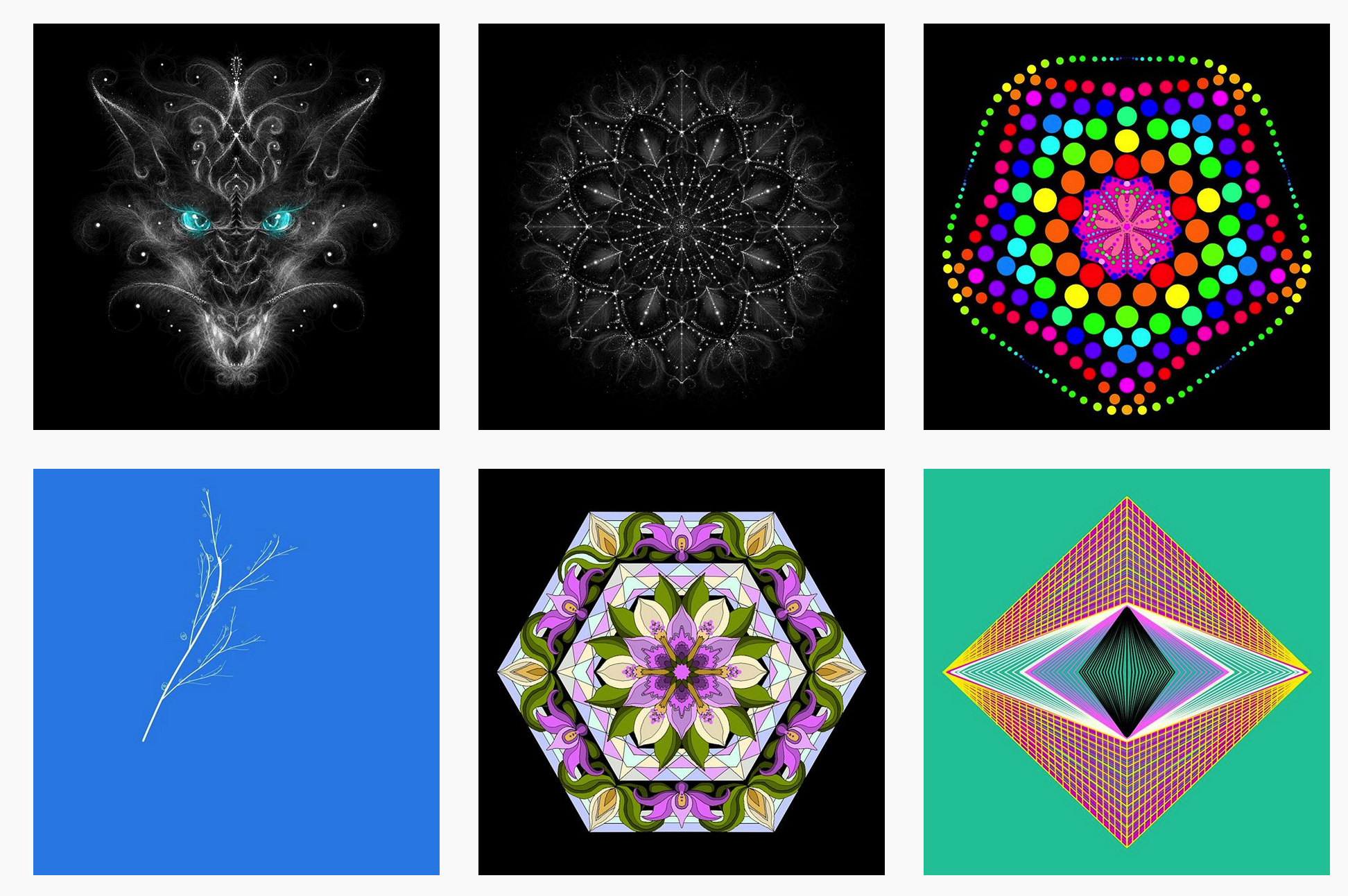 MandalaGaba is a drawing board that specializes in mandalas and other artistic mathematical magic. Click and drag and watch what happens! You can save and share your work; the creators have a blog and an instagram featuring quality examples.

After radial symmetry (mandalas) and tessellations, I just finished implementing recursive drawing. Do tweak the buttons & sliders, seeing their effect on a pen stroke is the best way to understand what they do. I hope this is fun. 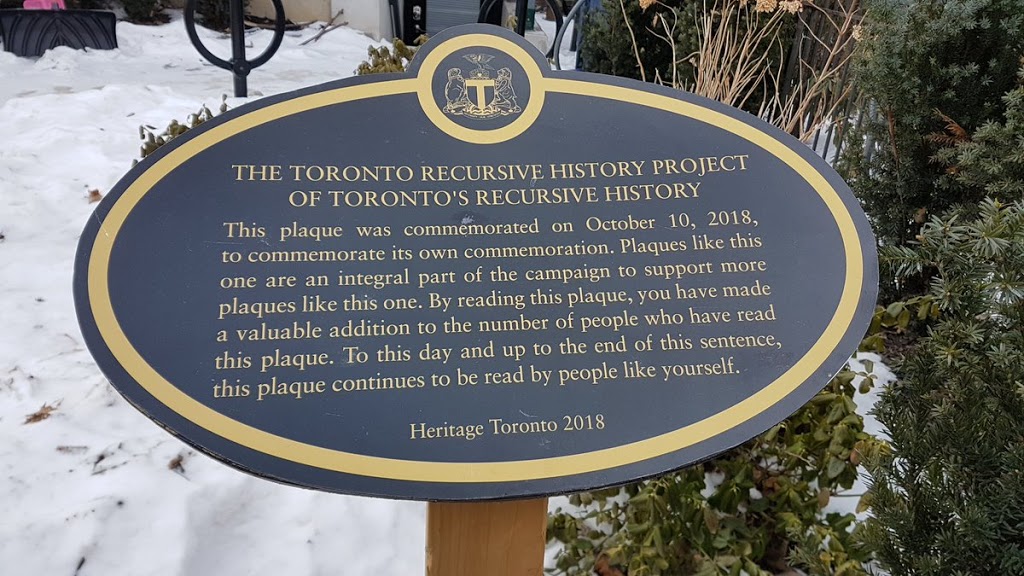 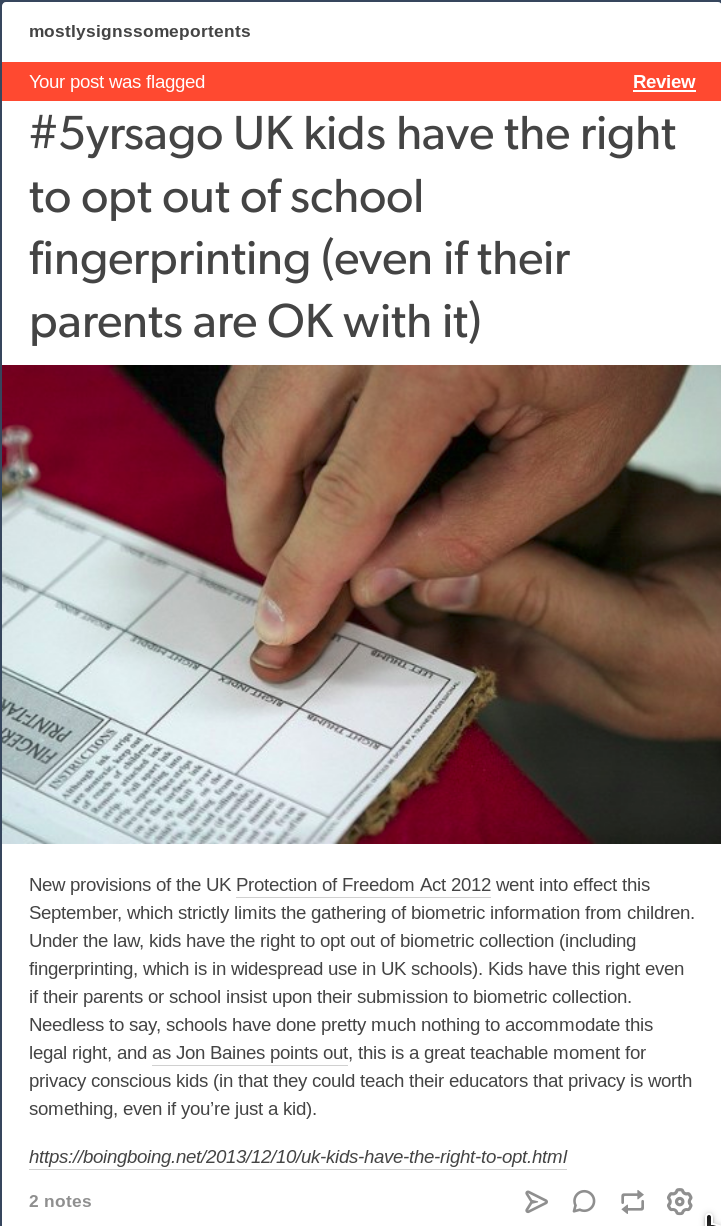 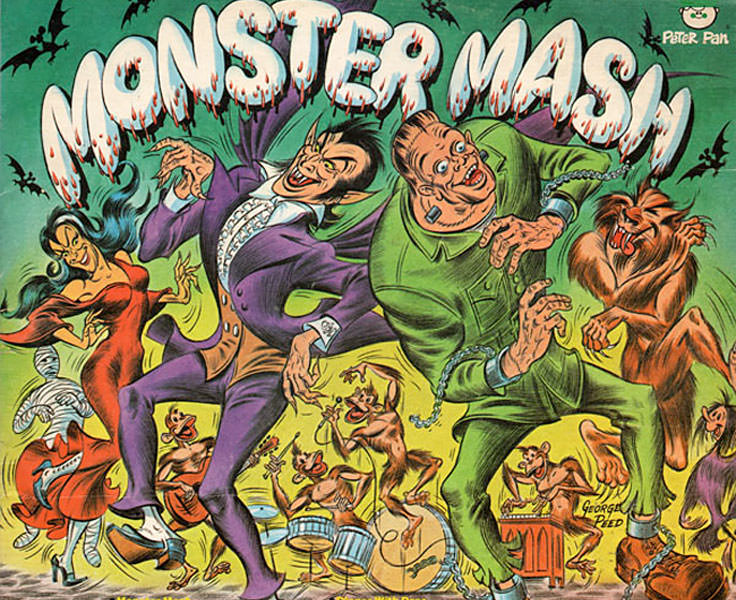 On Making Light, Avram Grumer is compiling a list of real songs about fictional songs, like "The Time Warp," "Jailhouse Rock," "The Monster Mash," "Crocodile Rock," "Waltzing Matilda," "The Tennessee Waltz," and "The Masochism Tango" (not to be confused with songs that are about themselves, like "Let's Do The Twist"). Can you think of more? Read the rest 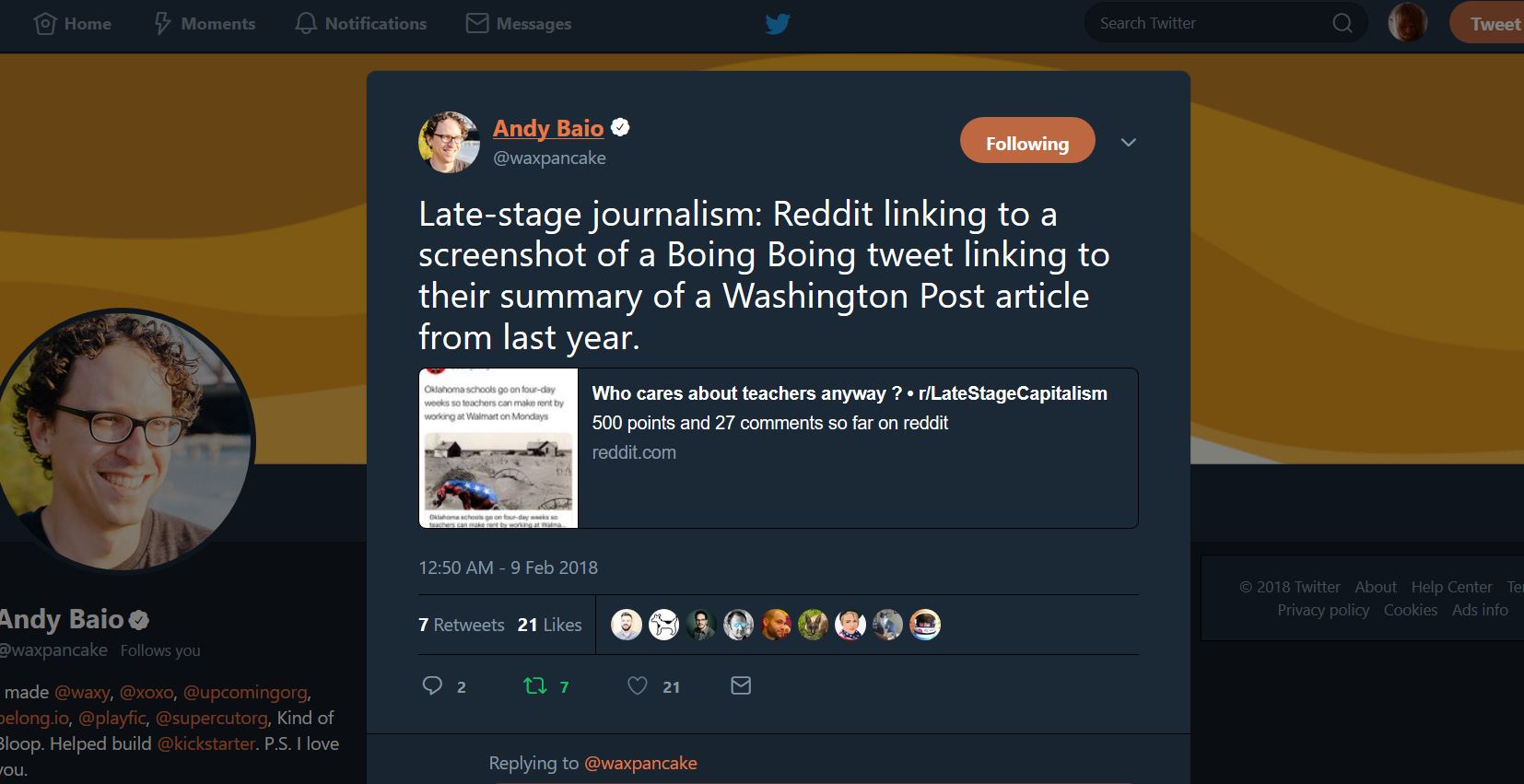 Tis sweet to know that stocks will stand, When we with daisies lie, That commerce will continue, And trades as briskly fly. Read the rest 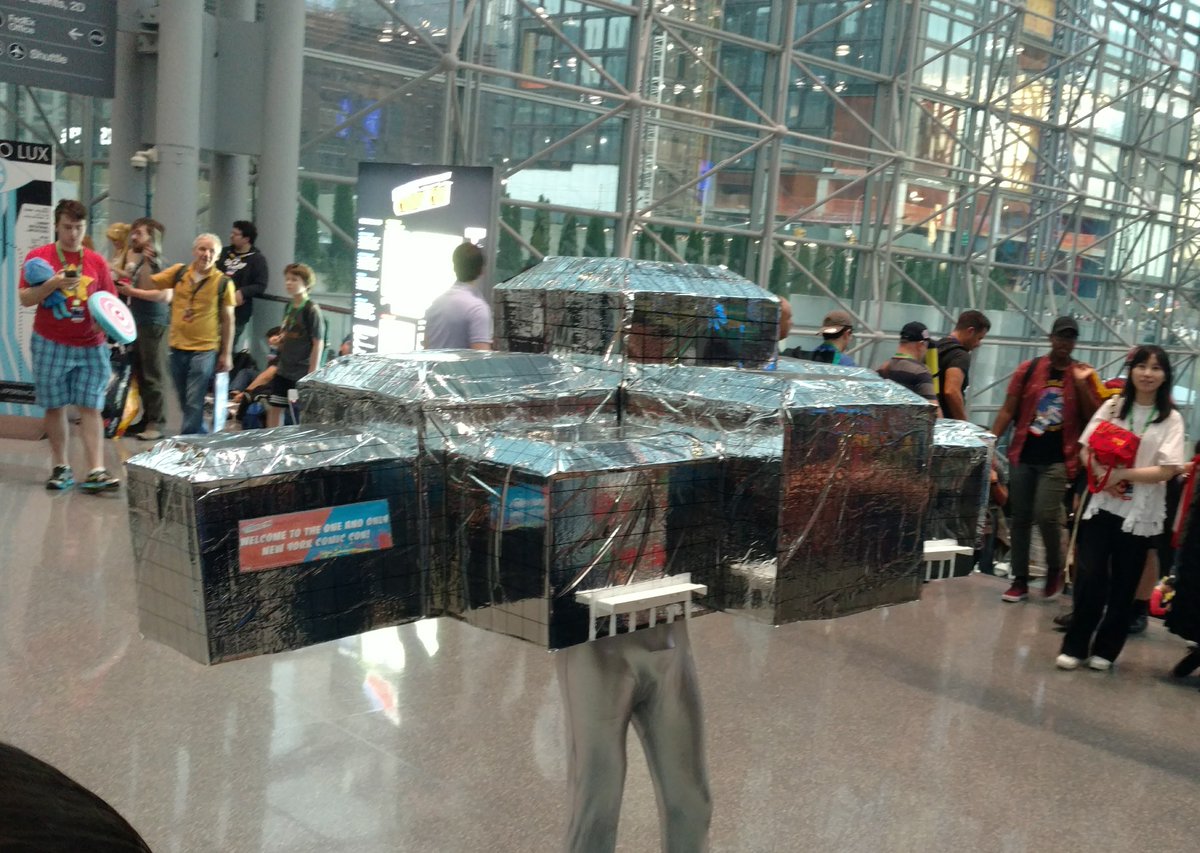 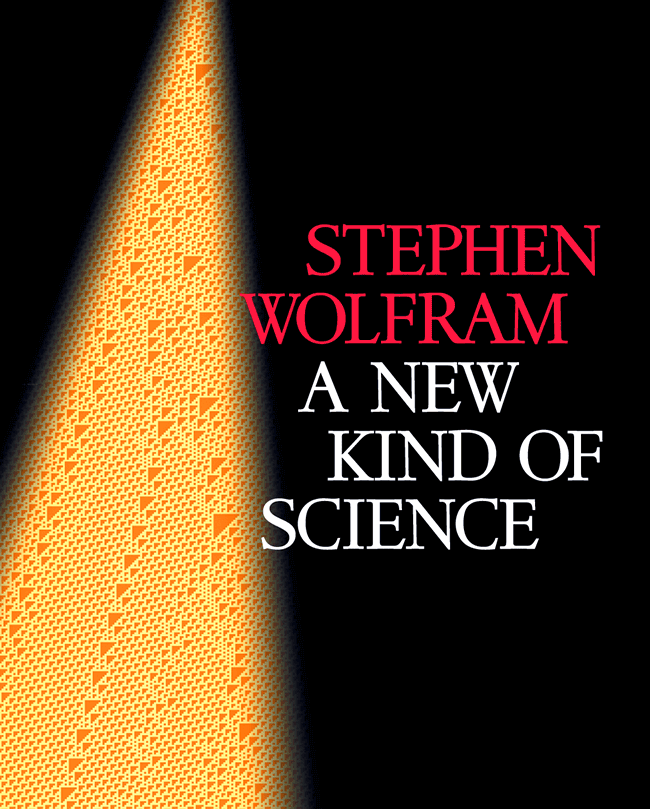 It's been 15 years since the publication of Steven Wolfram's A New Kind of Science, a mindblowing, back-breaking 1,200-page book that (sort of) says the whole universe is made up of recursive fractals, also noteworthy for the frequent repetition of the phrase "A new kind of science" in its early chapters. Read the rest

Paul Fuog pieced this together out of 15 TED talks: it's pretty great, except what's with the low-energy narration? It's not very TED-like. Read the rest 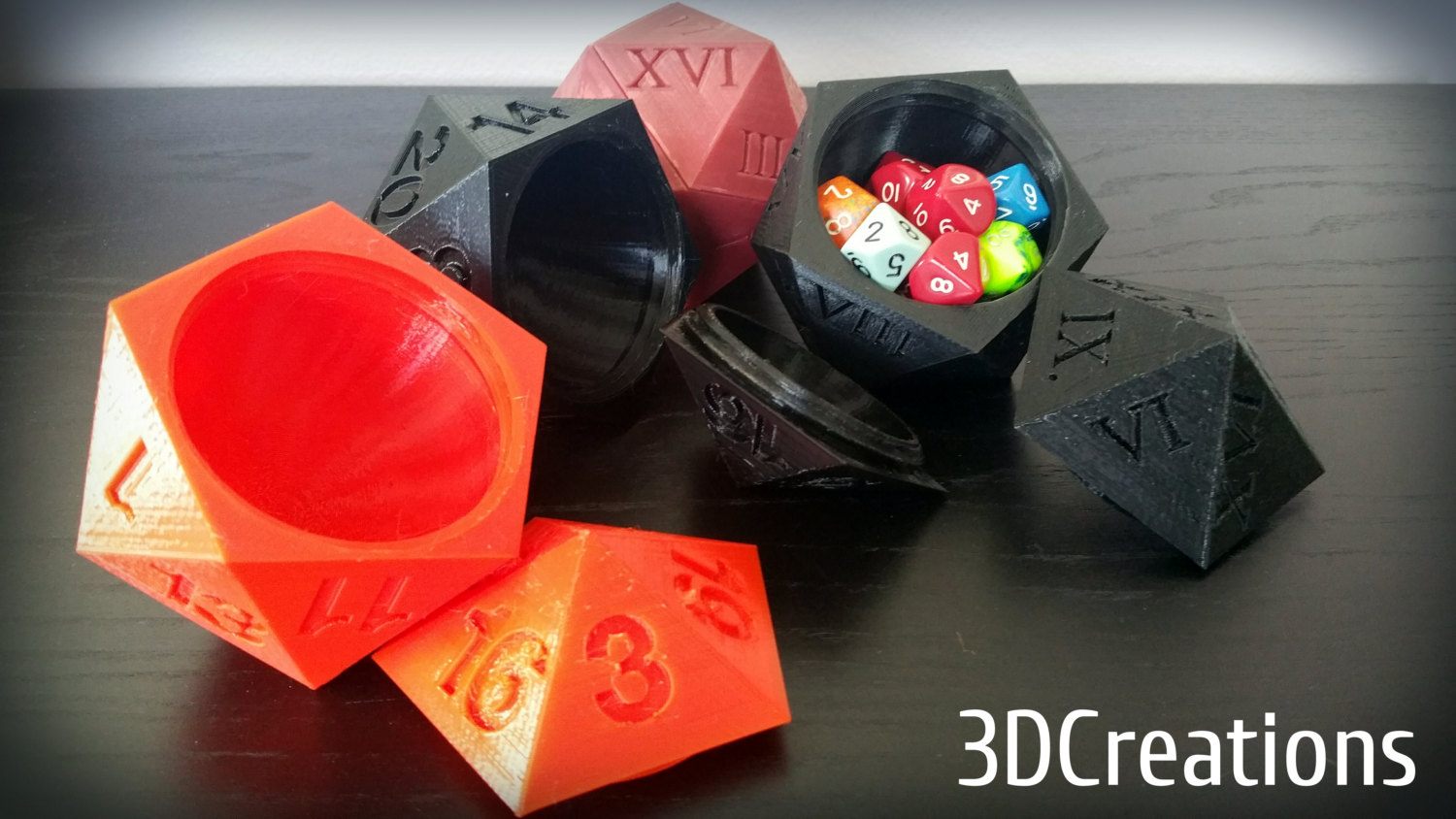 3D Creations' 3D Printed D20 Dice Box are giant D20s that you store your D20s (and other polyhedra) in. Read the rest

Fans of recursion rejoice: someone has put a playable version of Doom... inside Doom.

A tranche of fresh Snowden leaks published in Der Spiegel by Laura Poitras, Jacob Appelbaum and others detail the NSA's infiltration of other countries' intelligence services, detailing the bizarre, fractal practices of "fourth-party collection" and "fifth-party collection." Read the rest

Regrettably, the Wikipedia entry for "Citation needed" ("a common editorial remark on Wikipedia, which has become used to refer to Wikipedia in wider popular culture") doesn't include any actual assertions tagged with [citation needed].

On July 4, 2007, the webcomic xkcd published a comic which depicted a protestor holding up a "citation needed" sign during a political speech.[7]

In late 2010, banners with the template appeared at the somewhat tongue-in-cheek Rally to Restore Sanity and/or Fear,[8] and in February 2011, at a more serious demonstration in Berlin against German defence minister Karl-Theodor zu Guttenberg, who had been embroiled in a scandal after it was discovered he had plagiarised portions of his doctoral thesis.[9]

The New York Times has commented on the propensity of some "stickler editors" for adding the template to unattributed facts,[10] and has used the phrase in an online headline.[11]

Tavis sez, "A mind-blowingly recursive poster that represents the AD&D rules for procedural dungeon generation as a flowchart which is drawn as a dungeon. From the The Mule Abides blog at NYC's intersection between role-playing games, the gallery art scene, and how Kickstarter can jam 'em together. Cory's linked the Mule before as HOWTO have a D&D party for 8-year-olds; also featured in this post is a nifty Kickstarter for the first publication from the Play-Generated Map and Documents Archive, similarly linked for Homemade D&D module, 1981."

(Thanks, Travis!) Read the rest

US-CERT is forwarding the following Phishing email that we received to the APWG for further investigation and processing.

Please check attached report for the details and email source

US-CERT has opened a ticket and assigned incident number PH0000005007349. As your investigation progresses updates may be sent at your discretion to soc@us-cert.gov and should reference PH0000002359885.

The Top Ten Top Ten Lists of All Time

Law and Order was shooting an episode about Occupy Wall Street, and the production team built a perfect replica of Zucotti Park, as it was before the brutal eviction of the protesters by NYPD. So members of the original Occupy camp went and occupied it.

As of about 1:00 a.m., the police had begun to push protesters out of the park and dismantle the set. "NYPD does not respect Law And Order," the crowd chanted cheekily. At one point, an occupier asked an officer, "Are these real barricades, or a set piece?"

Within about an hour police had cleared out the protesters, which was less time than it took clear the real Zuccotti, but probably more than they'd need on a TV show. "You guys just cleared a fake Zuccotti Park," the tweeter @NewYorkist told a police officer, who countered that they'd done no such thing: "We didn't clear a fake Zuccotti," he insisted. "They're taking the set down."

VIDEO: OWS Occupies Movie-Set Replica Of Itself, for Real

(Thanks, Mmechanic!) Read the rest