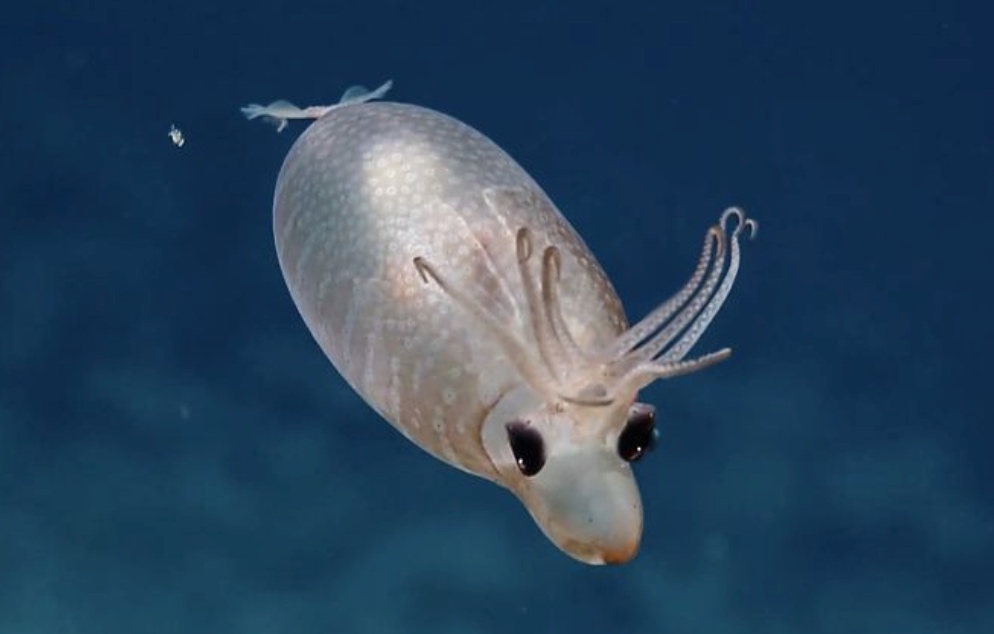 This darling denizen of the deep is a Helicocranchia, aka a piglet squid. Scientists on the Ocean Exploration Trust's E/V Nautilus caught footage of the rarely seen creature at a depth of 4,544 feet near Palmyra Atoll in the Northern Pacific Ocean. The commenters' delightful descriptions really make the clip.

(MNN via Kottke) Read the rest 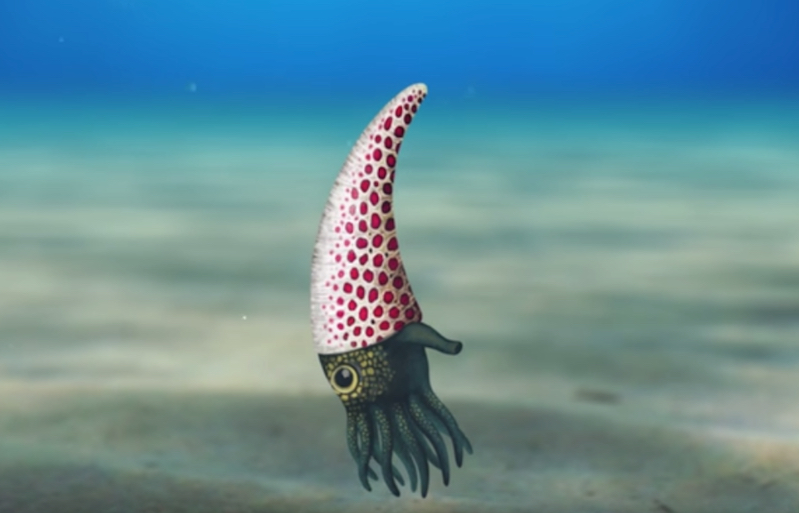 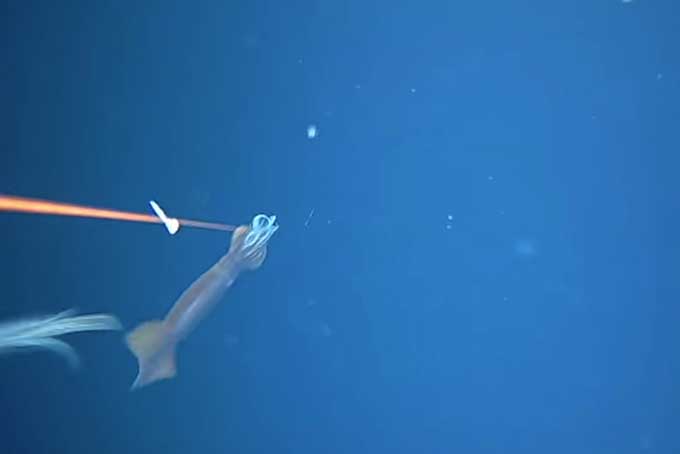 Spoiler: a squid did it. Read the rest

Dead squid can have sex with your mouth, and it hurts 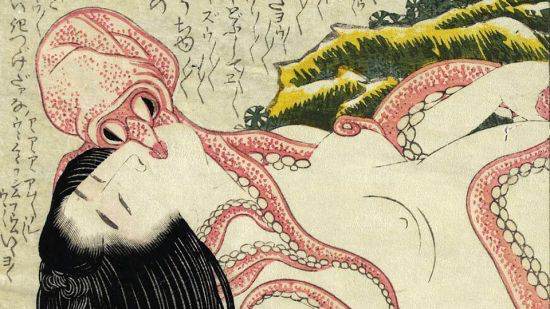 Daily Grail posted this nightmarish excerpt from the 2014 book Preparing the Ghost, by Matthew Gavin Frank.

Squid corpses, even when cooked, retain their sexual reflexes and have been known to inseminate our mouths. After eating calamari...a South Korean woman reported experiencing "severe pain" and a "pricking foreign-body sensation" in her mouth. From her tongue, inner cheeks, gums, throat, her doctor exscised "twelve small, white, spindle-shaped, bug-like organisms." These were spermatophores, which possess seriously tenacious ejaculatory apparati, and a cementlike body, which allows for their attachment to materials like the tongue, inner cheeks, gums...

Nightmare of the fisherman's wife / squids

Watch the otherworldly beauty of a squid giving birth

Joshua sez, "I've been nagging my wife (a jeweler; you posted her sci-fi wedding rings a few years ago) to make a squid ring for years. She finally did it. Sort of art nouveau meets Jules Verne. It's hand carved from wax and cast into 18k gold. The prototype is mine, but the design's also on Etsy."

(Thanks, Joshua!) Read the rest