Spike Lee's new film Da 5 Bloods tells the story of African-American vets of the Vietnam war who return to the country in the present day to find the remains of their squad leader and seek out a gold treasure they buried in the jungle. The movie—starring Delroy Lindo, Clarke Peters, Norm Lewis, and Isiah Whitlock, Jr., and Jonathan Majors—premieres on Netflix on June 12.

“The United States Armed Forces came close to being torn apart when black soldiers heard that Dr. King was assassinated,” Lee told Vanity Fair in a recent interview. “They also heard that their brothers and sisters were tearing shit up in over 100 cities across America. The tipping point came very close; the black soldiers were getting ready to set it off in Vietnam—and not against the Vietcong either.” 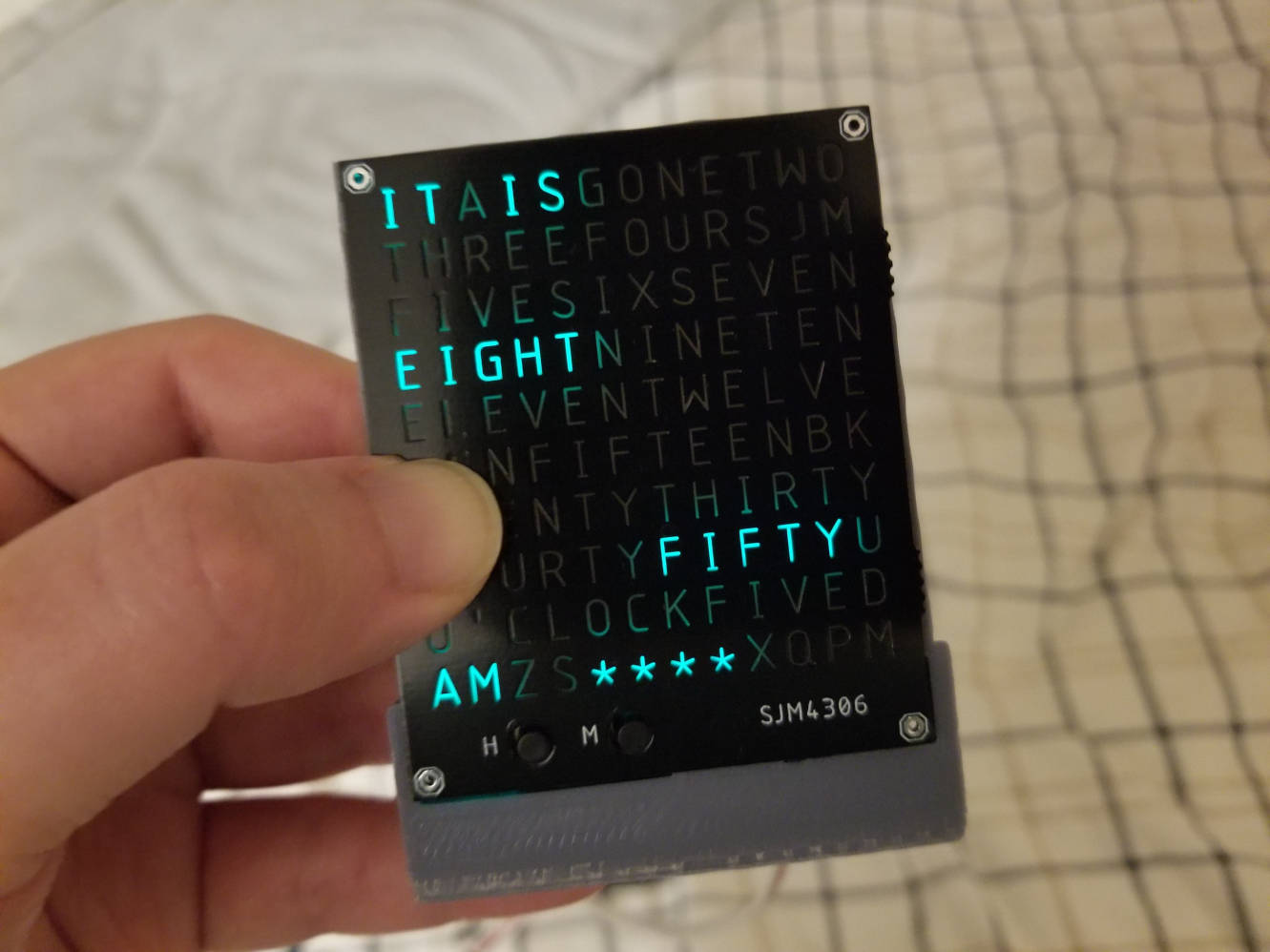 Over at Hackaday, the user sjm4306 has posted some pretty cool projects in the past, including a Nixie-tube clock and a tiny IV-21 VFD clock.

Now he's created something else delightful -- a little clock that uses LEDs to spell out the time by backlighting cut-out words. I've seen lots of word clocks but never one with such an elegant little form factor.

He worked neatly with some design constraints too, as Hackaday notes:

One design challenge for the letter matrix was fitting all possible minutes into the array. Rather than making a larger array of letters, [sjm4306] had the clock describe the time down to five-minute intervals then add asterisks for the full time. It’s a pretty understandable solution for keeping the design simple, and the letters all fit onto the design so well!

... and some more pix of the finished clock: