Trump's Ghostwriter: Trump would end civilization as we know it 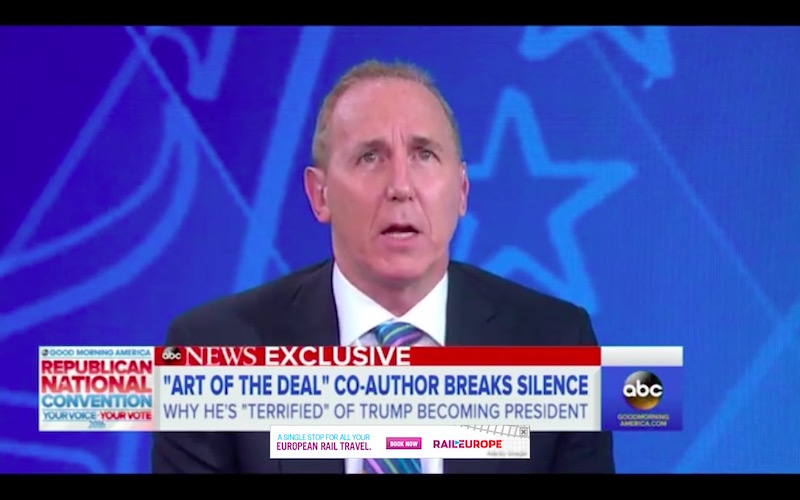 Tony Schwartz, Donald Trump's ghostwriter for the New York Times' bestseller, The Art of the Deal (1987), is terrified that Trump is running for president. He told Good Morning America today that he has a "deep sense of remorse" over writing the book.

Schwartz spent 18 months with Trump in the 1980s to get to know him and his voice, and says Trump is "insecure," "easily provoked," and, with his "tiny" attention span, can't focus on anything. "He's not nearly as smart as people might imagine he is," Schwartz said. "In the face of someone like Putin, provoking him cleverly – because Putin is a heck of a lot smarter than Donald Trump – I do worry that with the nuclear codes he would end civilization as we know it."

At the time, Schwartz enjoyed writing the book, and never thought it was important to speak out negatively about Trump – until Trump became the Republican nominee for president. Since then, Schwartz hasn't slept a full night through, and wishes he never would have written the book. Read the rest