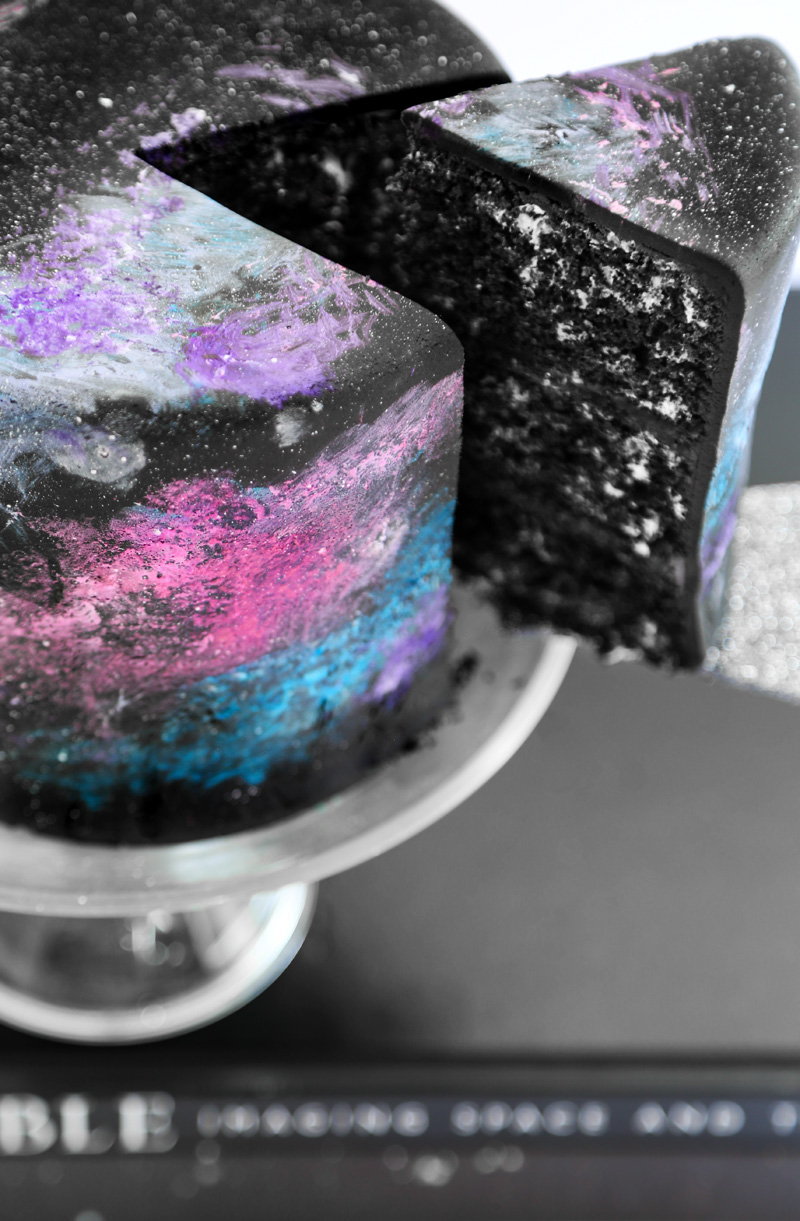 Baker/cookbook author Heather Baird was so inspired by a book of photos from the Hubble space telescope that she created a "Black Velvet Nebula Cake" that is studded with edible white confetti sprinkles to create a starscape that shoots right through the whole cross-section, while the surface is intricately painted with gorgeous nebulae made from tinted edible gels.

Baird photo-documented her project and included a recipe with step-by-step decorating notes.

To get started, you'll need to cover the cake with black ready-made fondant according to these directions. Don't worry if your fondant work doesn't turn out perfectly because the paint will disguise many flaws. You'll need pink, blue and violet gel food color and most importantly white food color.

You'll also need some painter's sea sponges and a stiff-bristle (hog bristle) artist's brush. Below I've outlined the basic steps for painting the nebula on the black fondant. In my opinion it's easy, and you have but one real task with the painting process - don't overthink it!