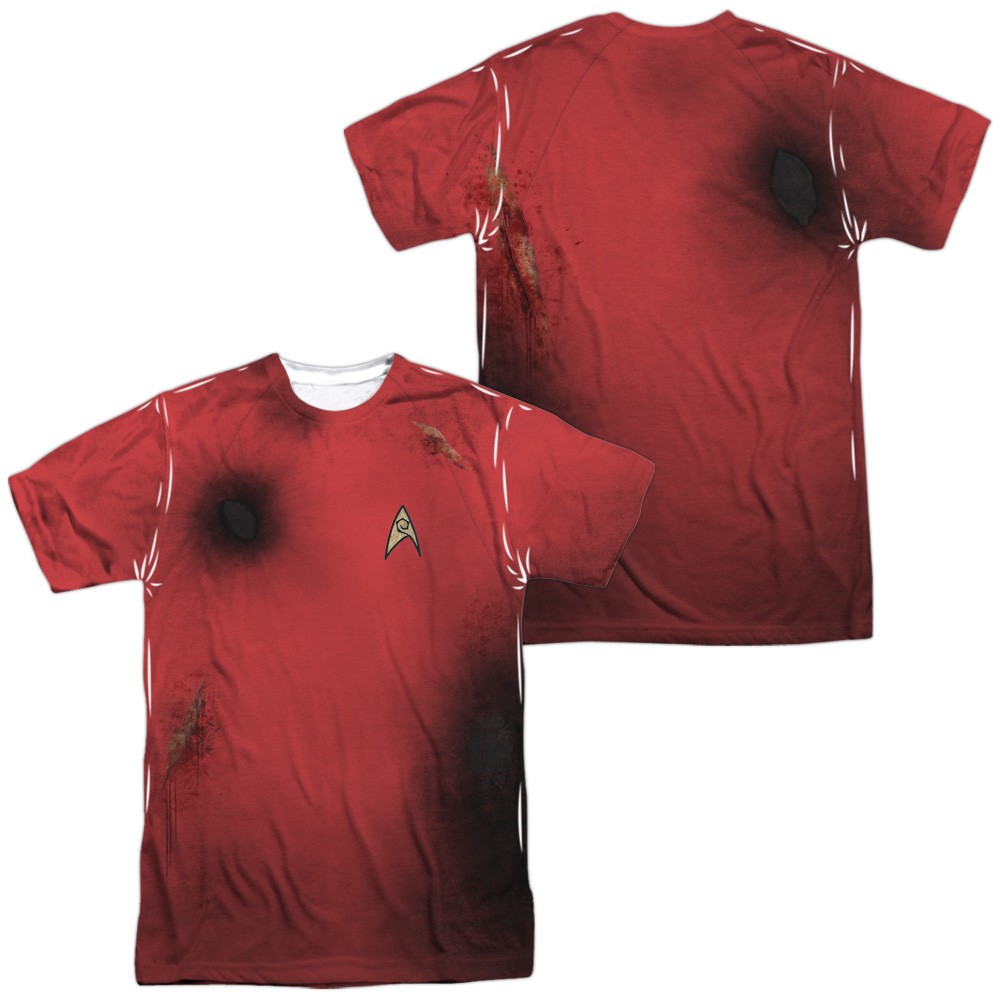 These full-sublimation Star Trek redshirts allow you to LARP an expendable security team-member who's met a horrible end, or a character in an existential John Scalzi comedy: they're $33.88 at Stylin Online (via Wil Wheaton)