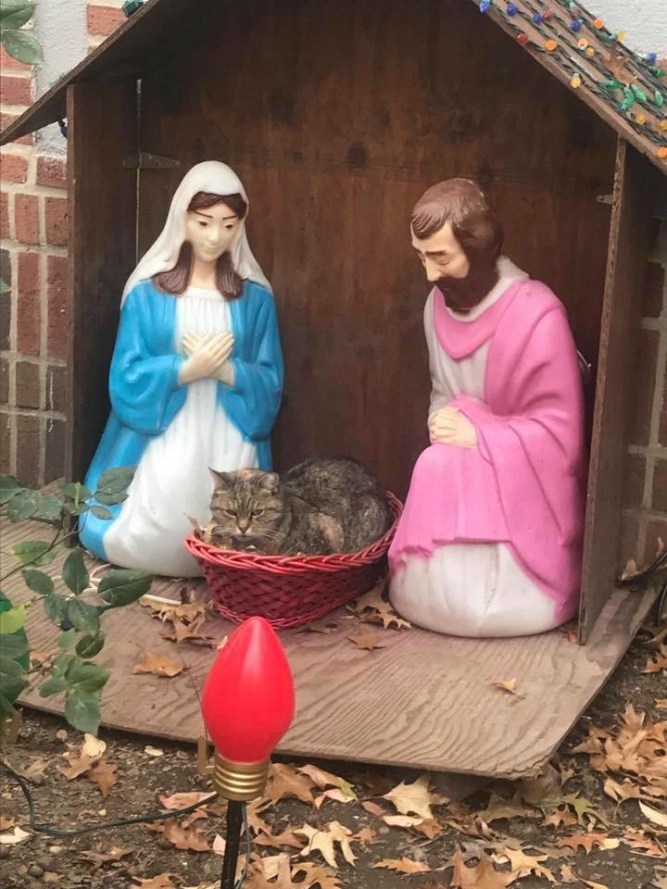 No doubt you've heard the stories about cats smothering babies where they sleep. Well, there's a tabby cat in New York City that has perpetuated that rumor in a whole new and hilarious way when it decided to sleep where baby Jesus is supposed to lie.

According to The Dodo, photographer Brooke Goldman wanted to sleep in last Sunday but instead walked her boyfriend to the train station as she had promised.

"I was pretty out of it… I was trying to get home as fast as possible to go back to sleep and wasn't ready for the day at all."

But then she spotted this cat quietly perched in this outdoor nativity scene's "manger" and snapped this funny shot.

Let's get a closer look at our new "lord and savior"'s face, shall we?