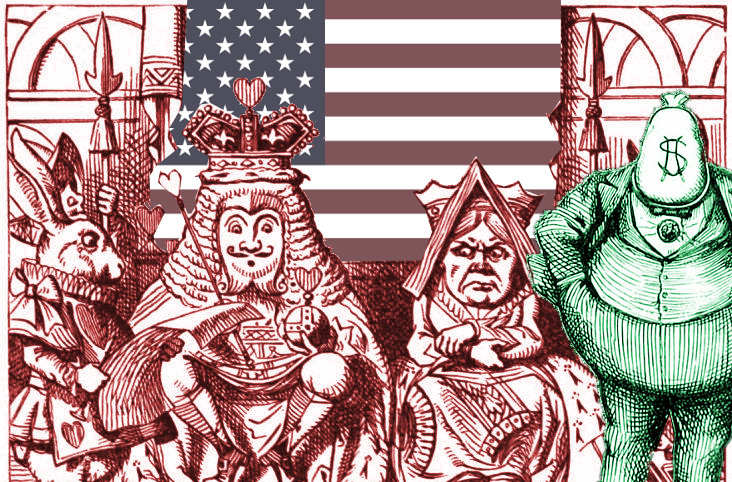 One of the cases that the Supreme Court heard this season was NLRB v. Murphy Oil USA, Inc. which rolls up several cases where employers are hoping to establish that they can force prospective employees to sign a mandatory arbitration waiver as a condition of employment; if they prevail, the majority of workplaces in America will likely adopt the practice.

Arbitration was originally conceived as a way for companies of equal size and bargaining power to avoid costly litigation through a streamlined process overseen by a mutually agreeable third party; they have a private legal system controlled by corporations that effect massive wealth transfers from working people to the wealthy, and have become a favorite tool of crooks and bullies everywhere, from Wells Fargo ("You can't sue us for forging your signature on new account paperwork, because that account's terms of service include binding arbitration!") to AT&T ("It's not forced arbitration because no one forced you to have internet access") to nursing homes ("Sorry we killed all your grandparents, now step into this star-chamber where a guy on our payroll will explain why it's not our problem"), and attempts to limit binding arbitration are met with the stiffest of resistance.

The Supremes have been asked to rule whether employees can be forced to sign away their right to unionize or to join a class action over an employer's abuses. Without the ability to work collectively, employees will be effectively denied justice. When your employer steals $20 out of your pay packet for a year, you're out $1,000, and on the one hand, you probably don't have enough money left over to hire a lawyer, and on the other, even if you could, you'd only get $1,000 back, after spending tens of thousands on the trial.

But unions and class action lawsuits can combine the small diffused grievances of a large number of wronged employees into a single action that makes it worth everyone's while to hold employers to account. Forcing arbitration on employees means that when their employers endanger them, or defraud them, or abuse them, they'll have to appear, likely without a lawyer, in a secret, off-the-record proceeding whose "judge" is paid by the employer that wronged them. This will not end well for employees.

A survey by the Economic Policy Institute finds that 54% of US employers would adopt forced arbitration clauses if the Supremes legalize the practice.