Dog walks perkily through rain in spiffy raincoat and booties 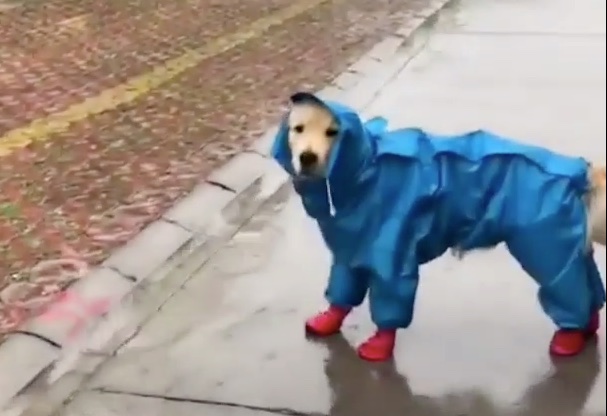 Unmute this one for the swishies.

This dog is almost entirely water resistant. I mean, golden retrievers are naturally pretty water resistant anyway, but this takes it to the proverbial whole 'nother level.

I'm so glad the tail shows.