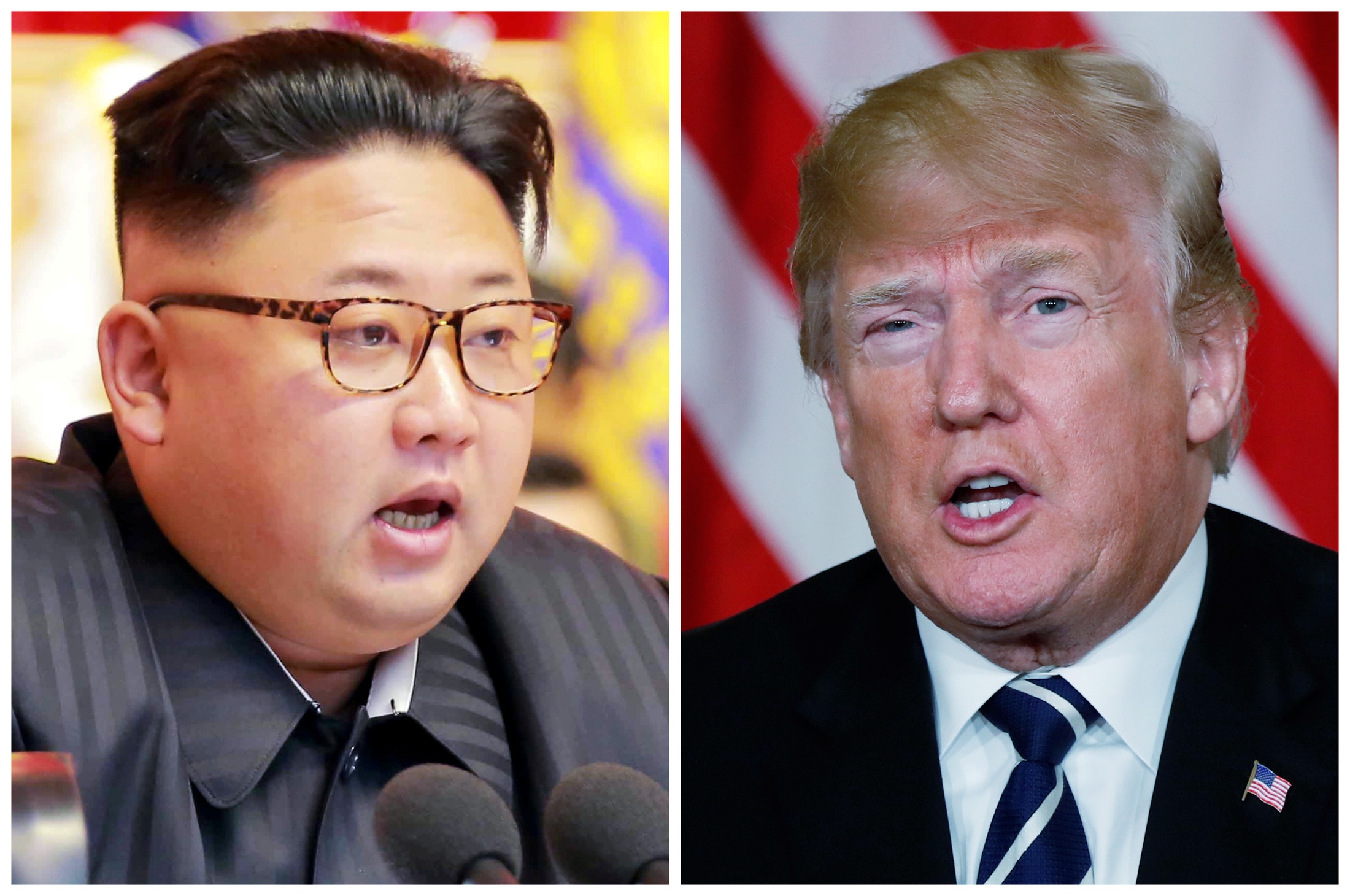 We're living in weird, dark times. On the same day Trump shared a giggle about getting rid of journalists with Russian President Vladimir Putin, he appears to dangle a solicitation for a quickie meetup with North Korean bestie Kim Jong-Un, by way of a public message on Twitter.

Have these star-crossed lovers never heard of a DM?

Also what's up with the coy little question mark inside the parentheses, followed by an exclamation point? Who even does that?

After some very important meetings, including my meeting with President Xi of China, I will be leaving Japan for South Korea (with President Moon). While there, if Chairman Kim of North Korea sees this, I would meet him at the Border/DMZ just to shake his hand and say Hello(?)!

"If he's there we'll meet for two minutes," Trump says of a possible meeting with Kim Jong Un at the DMZ, according to the White House pool.

Trump on his tweet to Kim Jong Un: "I just put out a feeler because I don’t know where he is right now. He may not be in North Korea." ... I'd guess if Kim were out of NK, Trump would hear about it in his daily security briefing, not to mention global news coverage.

If this occurs, it would be the first time a U.S. president and North Korean leader have met in the Demilitarized Zone, which contrary to its name is the most heavily fortified border in the world https://t.co/YP6Kihcbye

I'd also like to point out that when Trump went to South Korea in 2017, one of the same senior officials told the press ahead of time that he would not try to visit DMZ because it was a "cliche." Then Trump tried to make surprise trip only to be foiled by bad weather.

President Trump, on the DMZ:

Excusing MBS for Khashoggi just now, joking with Putin about election meddling and “getting rid of” journalists, and requesting another meeting with Kim, Trump signaling once again that human rights are not a priority for his admin.