Two cats enjoy relaxing with flowers on their heads 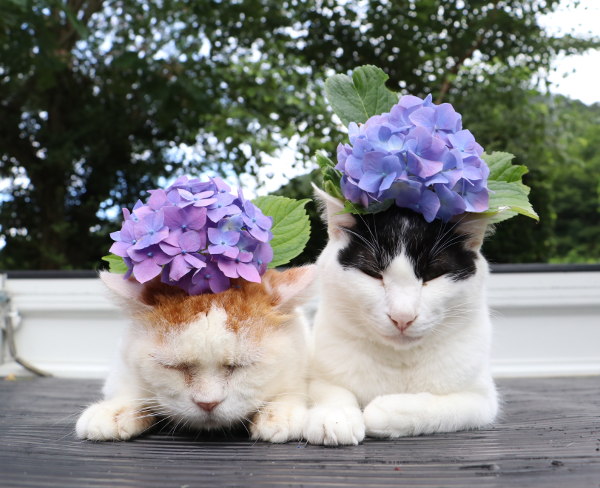 From one of the longest-running homegrown “cute animal video” bloggers, kagonekoshiro -- the video you didn't know you needed right now, until you see it.

Beautiful hydrangea flowers worn on the head of these cute cats, somewhere in Japan on a warm summer's day.

A related gem from the same channel: