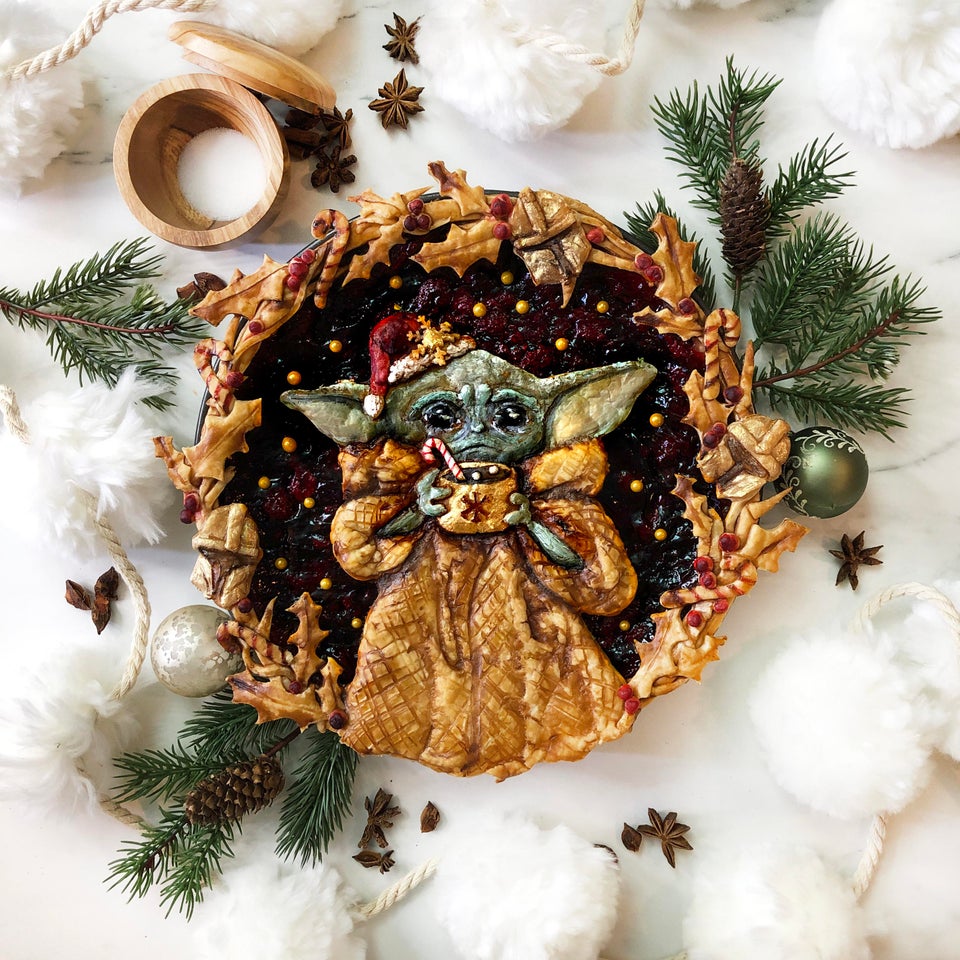 And we are very much here for it.

Redditor and Instagrammer The Pieous of PiesAreAwesome.com posted this spectacular “Raspbaby Yoda” raspberry pie a few days ago, and broke the Baby Yoda internet.

Could you even eat it? It's so perfect. I couldn't.

It’s Day 2 of my “12 Days of Crustmas” giveaway! ?? A new winner every day - don’t forget to get your name in today’s draw! Details on how to enter and yesterday’s winner below. . ⠀ This RaspBaby Yoda pie (with his little mug of cocoa) is my new definition of “Hygge”. Okay, he’s technically called “The Child” and not “Baby Yoda”, but lookit that cosy little face and tell me that’s not a baby Yoda! ?What’s your favorite way to make Christmas time cosy? Do you have a special holiday robe or extra fuzzy socks? A special cider sippin mug or couch blanket and stack of classic books? Let me know in the comments below! . ⠀ To get your name in today’s draw for the day 2 prize courtesy of @KitchenJukeboxInsider just repost *any* of my pie photos in your feed (you can just take a screen grab if you don’t have a repost app), tag @ThePieous and @KitchenJukeboxInsider in the description and use the hashtag #12DaysofCrustmas Swipe to see what you can win today, and congrats to yesterday’s winner @radickso! ? ..... Boring stuff: this giveaway is not affiliated with Instagram. 12 winners will be selected by random draw, one each evening between Dec 8 and Dec 20 2019. giveaway open to residents of North America and the EU. 19+. ⠀ #christmaspie #starwars #babyyoda #themandalorian #christmas #pieart #yodapie #babyyodapie