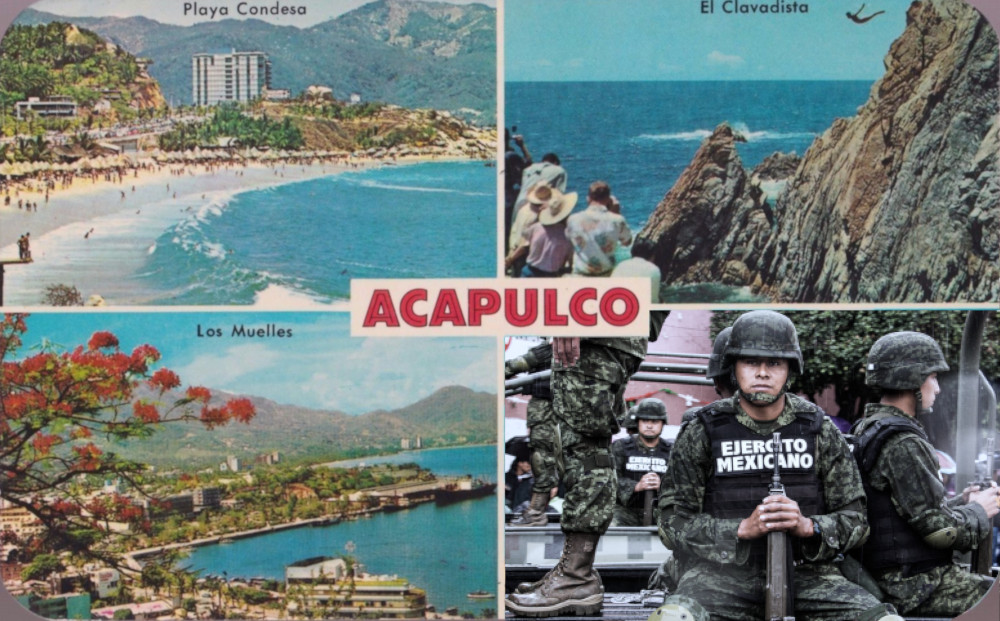 Mexico's governance crisis continues: beyond the clandestine mass graves, the kidnapping of elected officials (and assassination of political candidates) and coordinated attacks on anti-corruption candidates, there's the well-known problem of corrupt police officers and whole departments, including, it seems, the Acapulco police department, who have been raided and disarmed by federal forces, with two officers charged with murder and the rest under investigation. (Image: Tomascastelazo, CC-BY-SA) Read the rest

Photo: A relative reacts after his arrival at a crime scene where a man was shot dead in Acapulco two days ago. According to local media, unidentified gunmen opened fire on a DVD and music salesman. The next day, the charred and headless remains of five people were found in the same city. And today, five disembodied heads, presumably the same victims, were discovered near a primary school nearby. [REUTERS]

In the Mexican city of Acapulco, where violence related to drug cartels has been escalating in recent weeks, police today found five decomposing human heads outside the Benito Juarez primary school [Google Maps link]. Armed men placed a wooden box outside the school early Tuesday, with a white cloth sack inside containing the severed heads and four handwritten cards inside threatening local officials and drug traffickers. The earliest reports appeared at the Milenio news website.

Prensa Latina reports that teachers in Acapulco schools have increasingly become the target of extortion demands, prompting the closure of schools and causing many teachers and children to stay away in fear. Just 200 feet from where the gruesome discovery was made today, a group of Mexican federal troops are stationed. More from news.com.au:

The discovery occurred in full view of young students and pedestrians, sparking fear in the area. Soldiers and police removed the remains and cordoned off the location.

Yesterday in the same city - a major port and tourist resort on Mexico's Pacific coast - police found five decapitated bodies: three badly burned inside a pickup truck, and two others outside the vehicle.