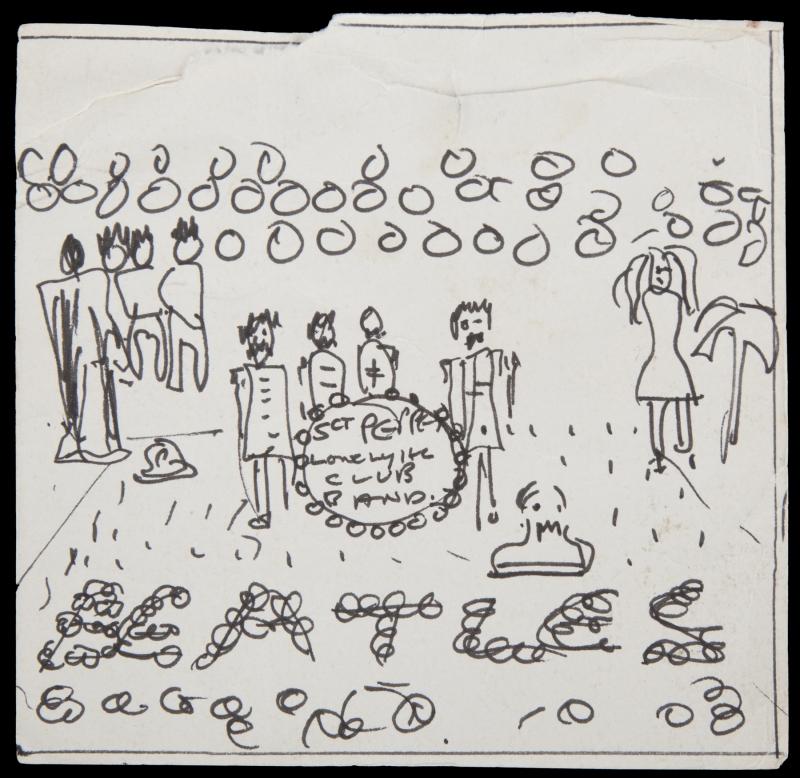 Sgt. Pepper gets a good dusting off at 50 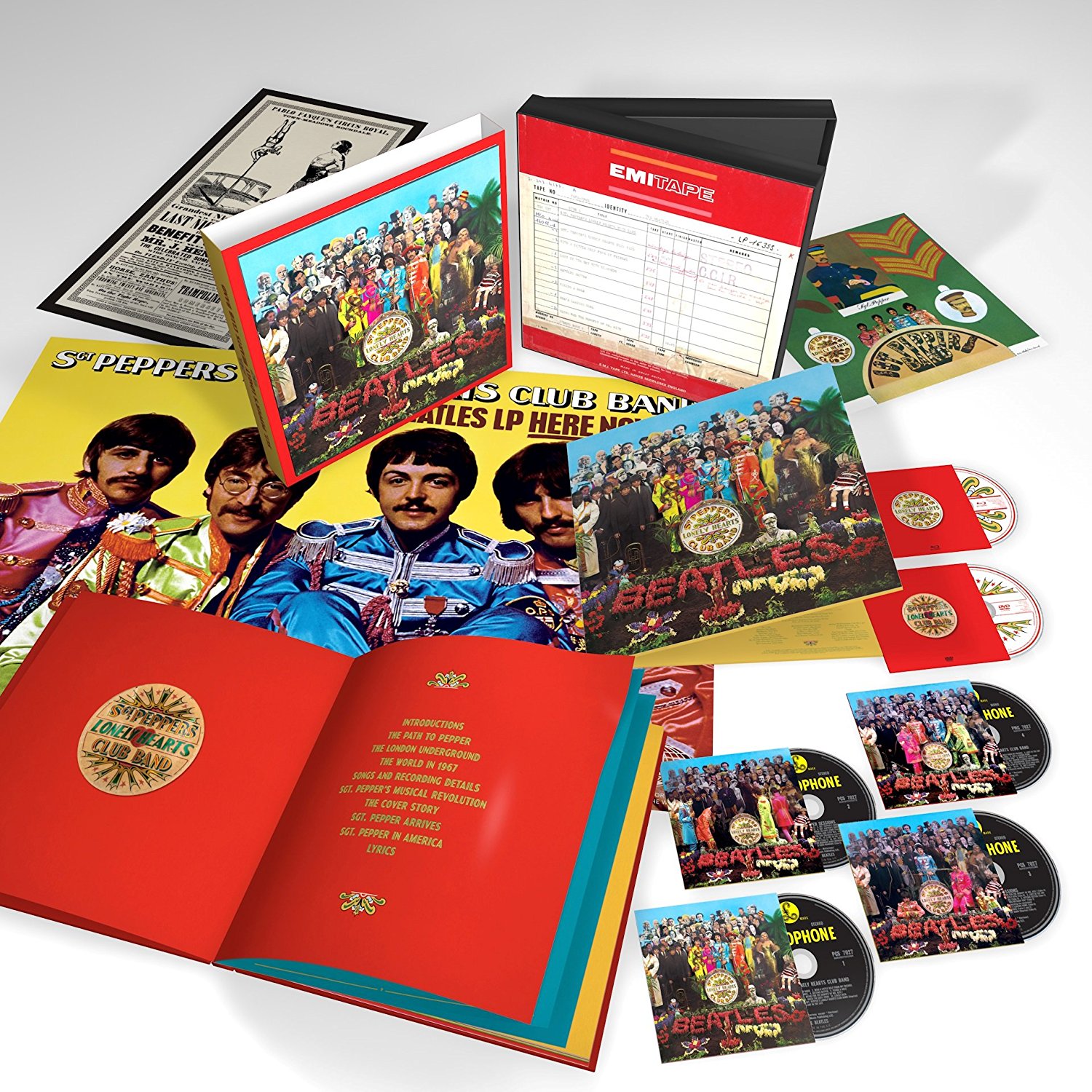 If you're old enough, Sgt. Pepper's Lonely Hearts Club Band is one of the greatest records ever released. There are enough of us who can recite the lyrics to start a revolution. And just when you think things can't get any better, you realize that they're getting better all the time.

In honor of the 50th anniversary of the release of the original Sgt. Pepper album, the Beatles have produced an enormously "wantable" six disc CD/Blu-Ray combination package with replicas of all the original paper inserts plus a whole lot more.

More detailed information for the obsessed! 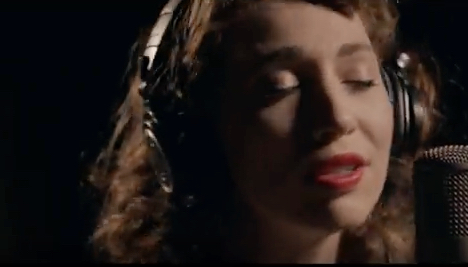 From the Kubo and the Two Strings soundtrack, this hauntingly gorgeous cover of The Beatles' "While My Guitar Gently Weeps" by Regina Spektor who kindly said the following in an interview a few years back:

"I love Boing Boing. It's cool because the site is filled with curated information all about science, art and culture -- plus, you still get cute distractions like little animals." 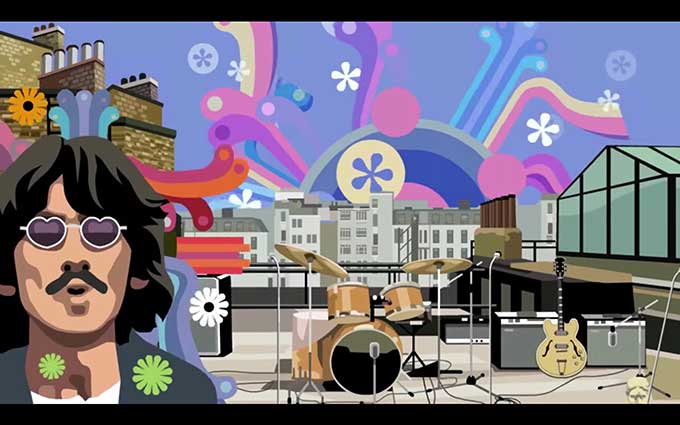 Alvarortega has a YouTube channel of animated videos of Beatles (and solo) music. Really fun stuff! Read the rest 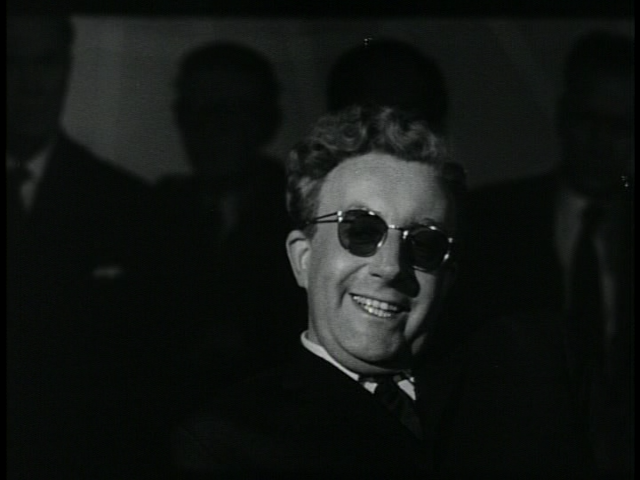 Robbo writes, "Peter Sellers recorded a series of performances, in a variety of voices, reciting the lyrics of popular Beatles songs. It is demented weirdness - and perfect in all its madness." Read the rest

Cover of Norwegian Wood on theremin 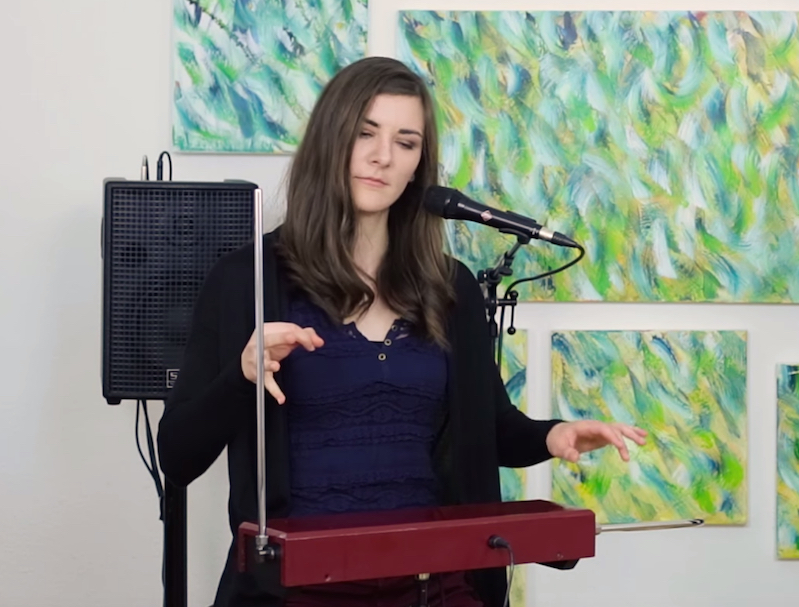 Carolina Eyck performs a lovely series of Theremin Sessions, including this cover of Norwegian Wood. And she takes viewer requests:

To take part in this video project, comment or send me your suggestions for an improvisation. This can be: a) a word or sentence b) a photo, a drawing/sketch or painting of yours c) a recording of you playing your instrument d) a video of you playing your instrument I choose one suggestions every week to play an improvisation in the end of the video. Looking forward to your ideas!

Bonus video to show young people in your life: Carolina performing at age 9:

More at her site. 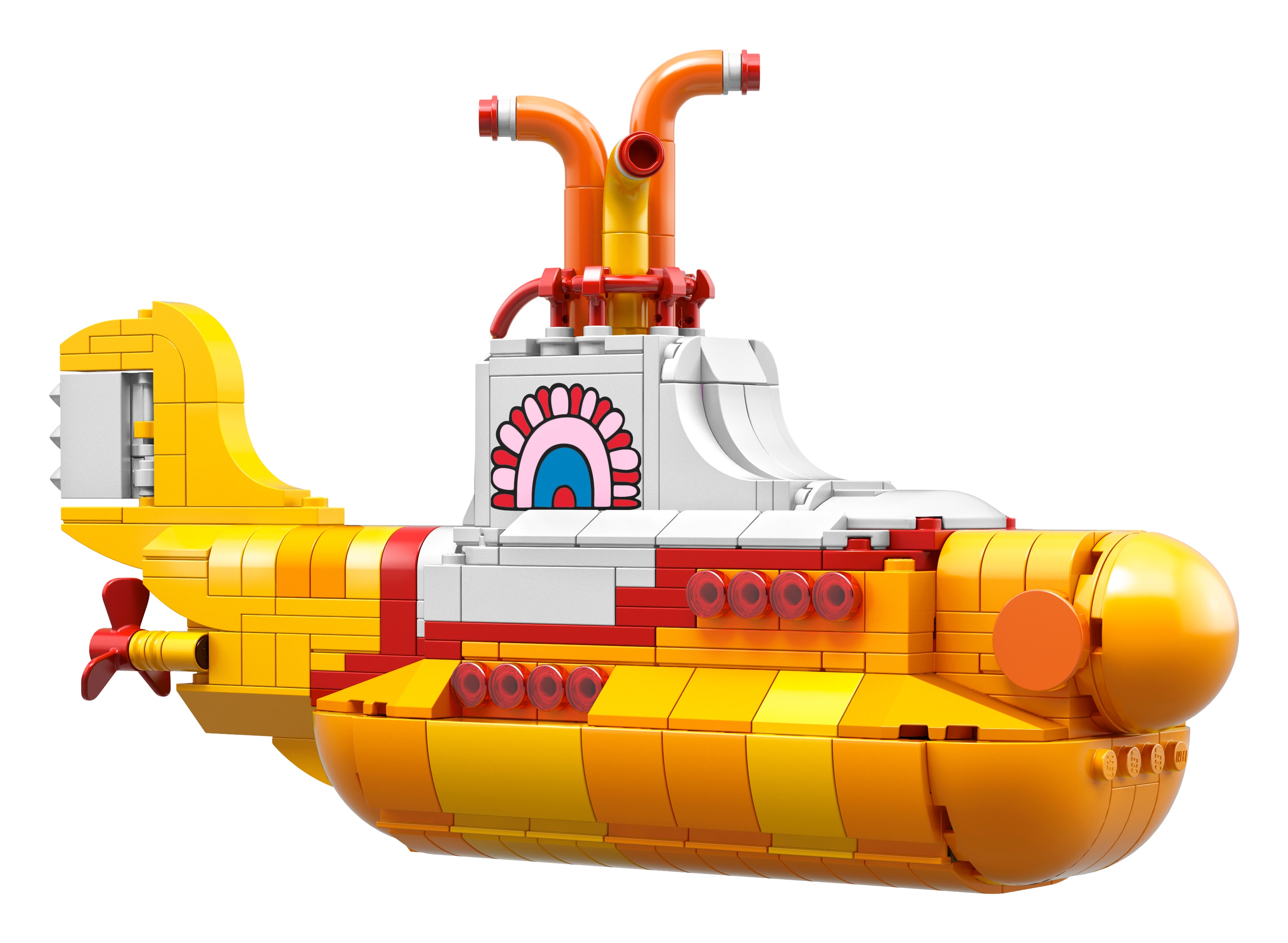 As soon as Pesco posted this, I knew I had to have the minifigs, especially the nowhere man.

"The Beatles’ LEGO Yellow Submarine vs. the Sea Monster," a promo video for The Beatles Yellow Submarine set due out next month. And yes, there's a Blue Meanie included. The concept for the set came from the LEGO Ideas crowdsourcing program, a submission from a fellow named Kevin Szeto:

"As an amateur musician and songwriter, I have always been drawn to the music of The Beatles," Szeto wrote. "The creation of the Yellow Submarine model was really my way of showing my affection for The Beatles, as well as trying to pay a small tribute to The Beatles phenomenon. The Yellow Submarine is bright, fun, and colourful, which also made it a good subject to translate into LEGO form." 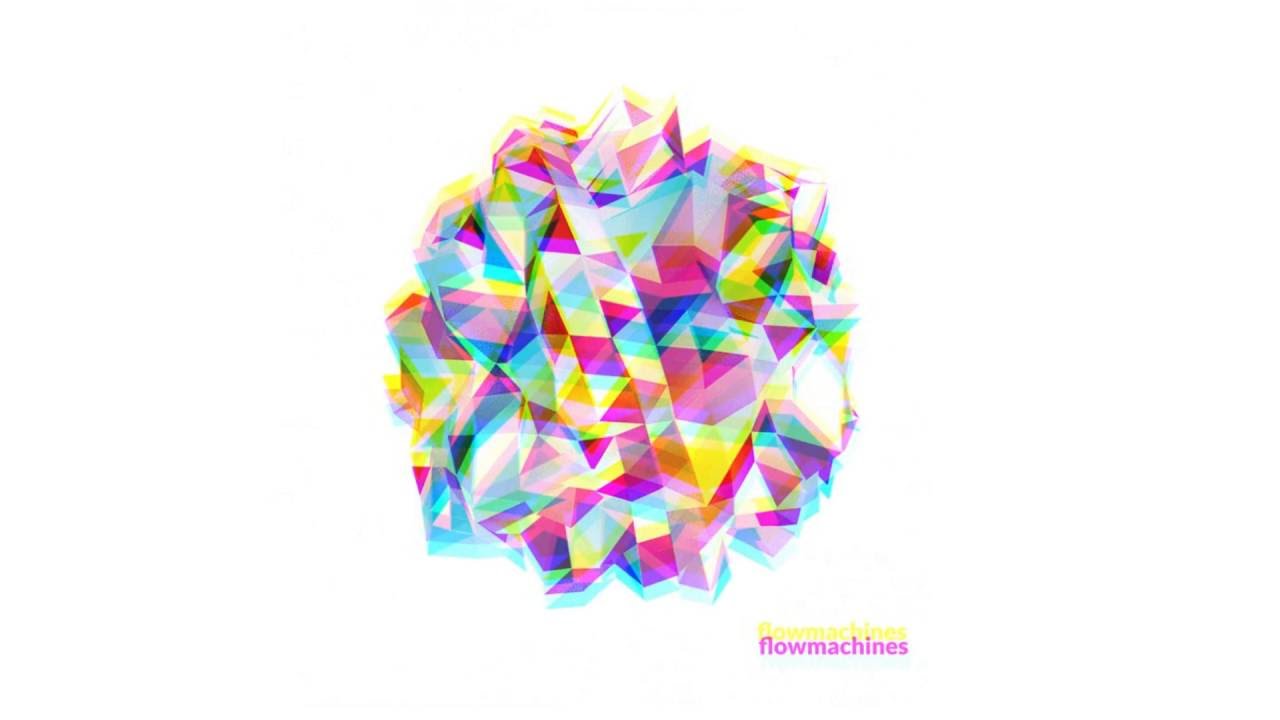 Enjoy this song by the Pre-Fab Four! Read the rest 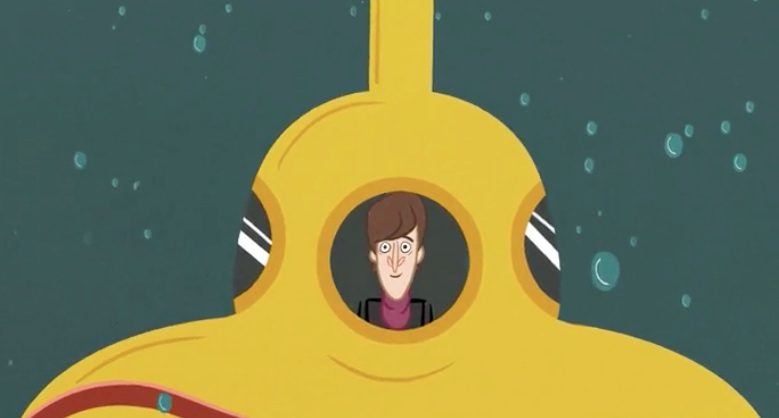 "Here Comes The Sun" played verrrrry slowly, then sped up to the right tempo

Samuraigutarist recorded his cover of The Beatles' "Here Comes The Sun" at a very slow tempo that lengthened the song to around 30 minutes. Then he sped up the video and audio 20x. The result sounds like a lovely violin version of the song. 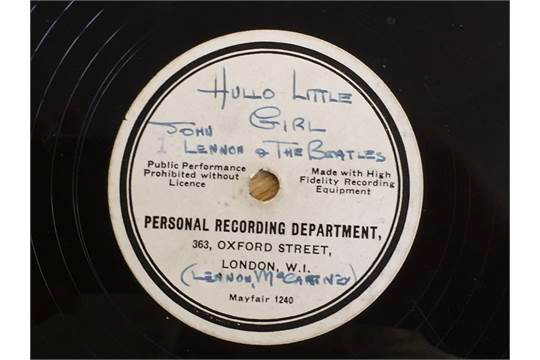 An exceedingly rare and historically important Beatles record sold at auction today for $110,000. The 78 RPM 10" acetate includes "Hello Little Girl," apparently the first song John Lennon ever wrote (or at least recorded). The flip side is a song Meredith Wilson wrote for the 1957 play The Music Man, titled "Til There Was You." Take a listen below. The Beatles manager Brian Epstein handwrote the label on this particular record that now belongs to an anonymous collector.

This unique 10" 78RPM acetate record featuring 'Hello Little Girl' on one side and 'Til There Was You' on the other was cut in the Personal Recording Department of the HMV record store on Oxford St, London. Brian Epstein had the disc cut from the Decca audition tapes before presenting it to George Martin (EMI) on 13th February 1962 in his desperate attempt to get them a recording contract. This meeting, despite Martin's initial reticence, was to eventually lead to the breakthrough they were looking for. The disc was later given to The Fourmost to record their own version of Hello Little Girl (recorded 3 July 1963) and then to Les Maguire of Gerry & The Pacemakers (recorded Hello Little Girl 17th July 1963). This is the first time it has come to the marketplace, having been tucked away in Maguire's loft until now. Epstein's handwriting on the labels reads as follows: side 1 Hullo Little Girl, John Lennon & The Beatles, Lennon,McCartney' and side 2 'Til' There Was You Paul McCartney & The Beatles'.

From George Fest: A Night To Celebrate The Music Of George Harrison that took place in L.A. in 2014. Also making the scene were Norah Jones, Wayne Coyne (Flaming Lips), Dhani Harrison (George's son), Ian Astbury (The Cult), Britt Daniel (Spoon), Ben Harper, Ann Wilson (Heart), and many others. The whole event will be available next month on CD, Blu-Ray, digital download, and vinyl. Trailer below.

George Fest: A Night To Celebrate The Music Of George Harrison (Amazon) 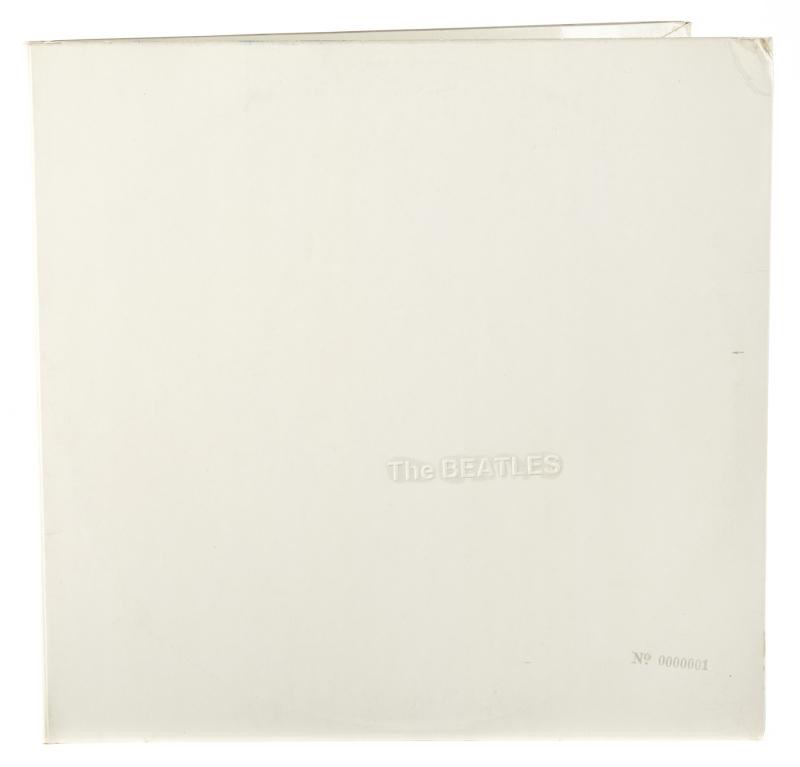 Ringo Starr's personal copy of The White Album, the first pressing of the album, numbered 0000001, is up for auction with proceeds going to charity. The current high bid is $55,000. From Julien's Auctions:

It has been widely known among collectors that the four members of the Beatles kept numbers 1 through 4, but it was not commonly known that Starr was given the No.0000001 album. Starr has stated that he kept this album in a bank vault in London for over 35 years. Up to this time the lowest numbered UK first mono pressing album to come to market is No.0000005, which sold in 2008 for just under $30,000. This No.0000001 UK first mono pressing owned by a member of the Beatles is the lowest and most desirable copy that will ever become available.

As the record manufacturing plant certainly had every machine available simultaneously pressing copies of this album it is impossible to say with certainty which records were truly the very first off the press, but these discs were certainly among the very first. The album covers however were numbered in sequence, insuring that this No.0000001 sleeve is the very first finished cover. The top load sleeve is in near mint minus condition and would be near mint if not for the bumped upper right front gatefold corner, but it is overall very clean and fresh with very minor abrasions. 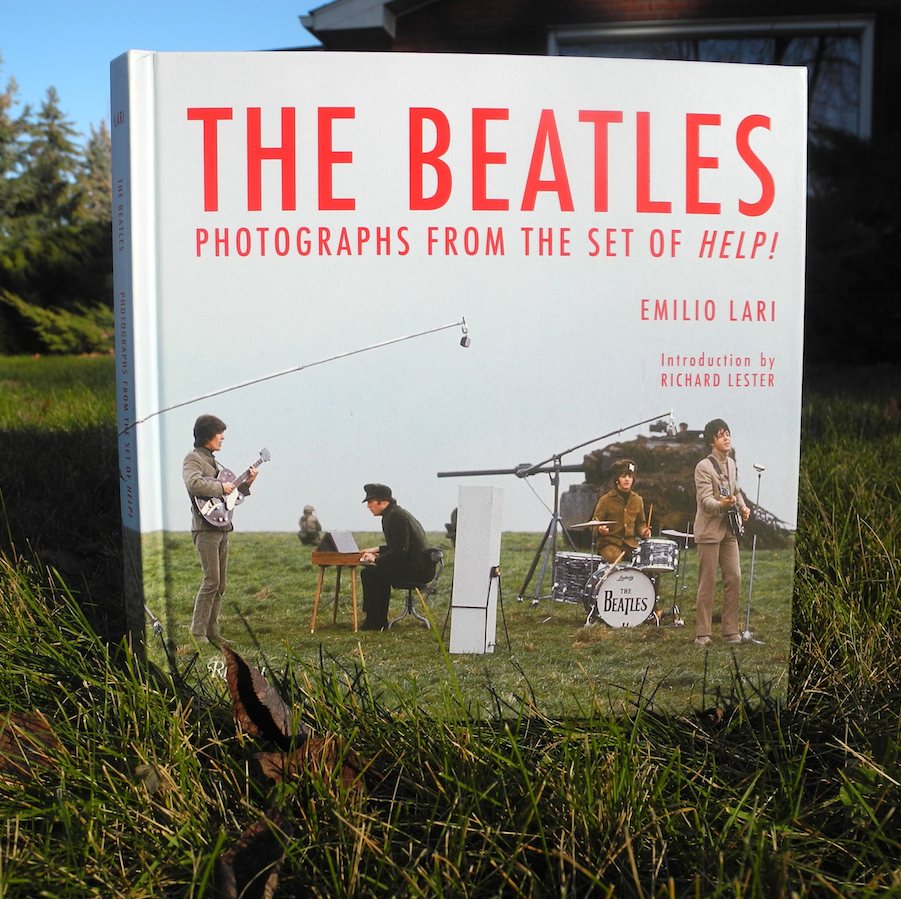 In vivid color and crisp black and white, this book shares dozens of the results. There are great candid and posed shots of the Beatles, many unseen for years or never published, throughout. Musicians will enjoy the close-up images of the band with its famed guitars: George Harrison with his Gibson acoustic, John Lennon with his Rickenbacker, Paul McCartney with his violin-shaped Hofner bass. We’ve seldom seen these instruments so closely and looking so shiny and new. The same is true for the pictures of the Beatles themselves. They look so young, fresh and lively that it’s hard to believe the pictures are more than 50 years old. Read the rest

Pete Best, the Beatles' original drummer, still doesn't know why he was fired 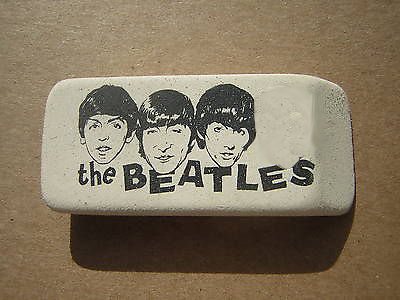 In 1960 a Liverpool band called the Silver Beatles asked Pete Best to join them as drummer. Best was already in a band called the Blackjacks, but he took the gig and for the next two years he played with the band (which eventually dropped "Silver" from its name). When the band auditioned with Decca, Best played drums on the first recording of "Love Me Do." Things went downhill quickly from there, writes Maggie Malach of Mental Floss: Read the rest