The Adventures of Brisco County, Jr.: the complete series 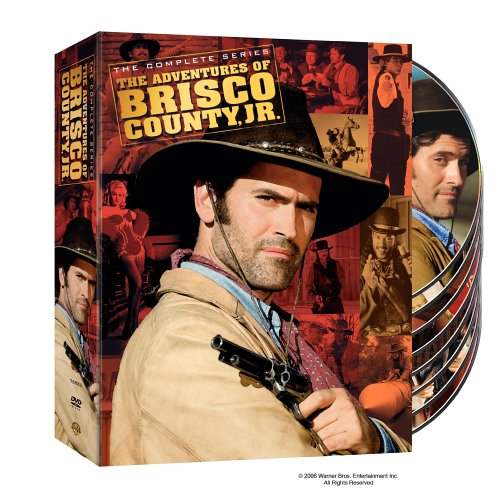 I never get tired of watching this brilliant 1990s take on the Wild Wild West, starring the always fantastic Bruce Campbell. Read the rest

The Evil Dead Reassurance Tour marches on! The new installment of the classic horror trilogy being directed by Fede Alvarez has just finished principal photography in New Zealand, and Bruce Campbell has seen the footage! He is a producer on the flick, along with Sam Raimi and Rob Tapert, and he provided some quotes to Digital Spy that 1. acknowledge how die-hard fans are not taking news of this remake very well, and 2. to quote Michael Bay, they need to chill out.

But since Campbell is not Bay, he uses much different words and actually takes the opinions of Evil Dead fans into consideration. (Read: Is less of a dick about it.) Read the rest

Sam Raimi swears the new Evil Dead is "gut-wrenching," really needs you to trust him

Well aware that there is a great deal of fan concern over the new Evil Dead movie coming out next year, Sam Raimi spoke with MTV about how it not only has his seal of approval, but it is going to be actually scary and worth your time. Seriously. You have to believe him. Here are some reassuring quotes from both him and his co-producer Bruce Campbell, who is similarly begging for everyone to believe him on this one:

"I just think [director] Fede Alvarez has really made a great horror movie," he said. "It's scary. The actors are great in it. It's really gut-wrenching, real low budget and intense."

Geek Tyrant also submits this older quote from Campbell, which paired with Raimi's makes this a little easier to deal with, despite the lack of Campbell (like adding Stevia to a bowl of lemons that might also have dirt in it):

You can expect to have a damn scary horror movie. There's no Ash character -- The Evil Book is going to torment a new set of kids, so it's a remake, or a re-imagining or ... a re-whatever word you want to use. It's going to be re-scary.

In other words, Raimi and Campbell need to know what they need to do to make you trust them on this because nothing seems to be working.