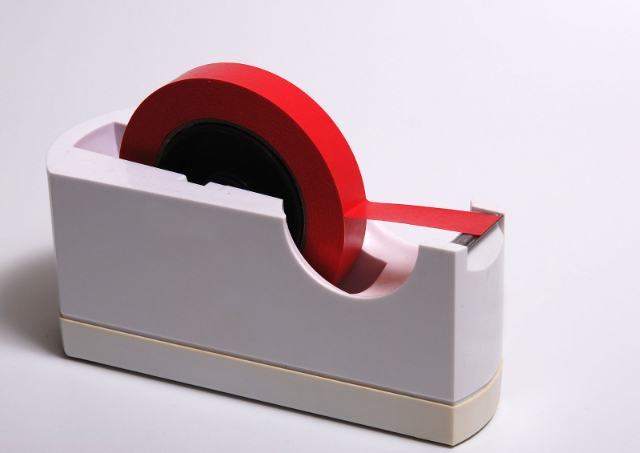 The Trump administration totally has a plan for reuniting immigrant families torn apart at America’s southern borders. Unfortunately it’s a shitty one.

The Texas Tribune reports that an Honduran asylum seeker, who prefers to only be known as ‘Mario,’ was forcibly separated from his 10-year old daughter for a month, as part of the government’s Zero Tolerance immigration policy. This past Tuesday, Mario was finally reunited with his daughter—for about an hour. The pair were separated once again. The reason: The Office of Refugee Resettlement, the FBI and the U.S. Department of Health and Human Services can’t pull their collective act together.

Mario knows where is daughter is—they’re both in El Paso, Texas—but he’s not allowed to see her. Before they have the opportunity to permanently come back together as a family once again, the U.S. government’s got a ton of hoops that they want Mario to jump through. The common thread: he needs to prove that he’s his daughter’s father. Last month, Mario and his legal representative were working to get his passport back from the FBI, as it had been taken from him when he was taken into custody at the border. This week, he’s waiting to be fingerprinted. That each step of the process to get his daughter back is being handled by a different government organization only serves to slow things down. Similar stories are playing out with other families as well. Claudia Muñoz, is the immigration programs director for Grassroots Leadership, an Austin-based group that opposes for-profit immigrant detention centers. Read the rest 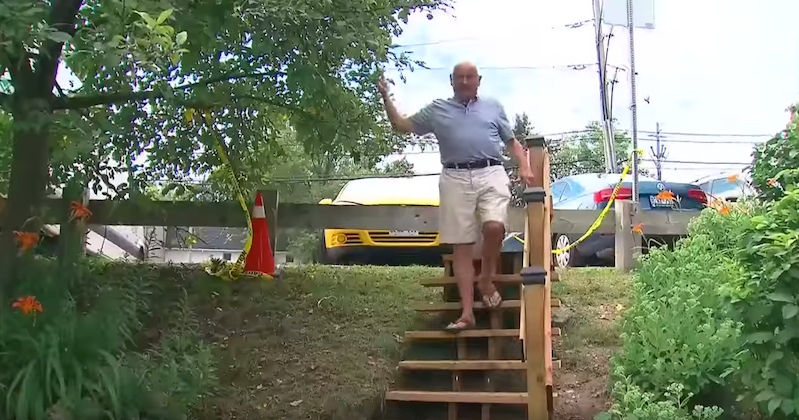 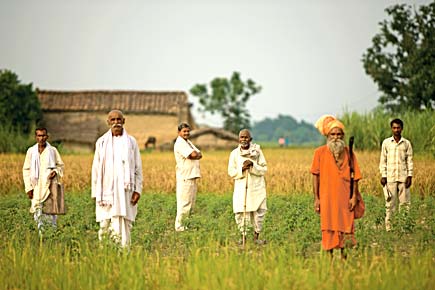 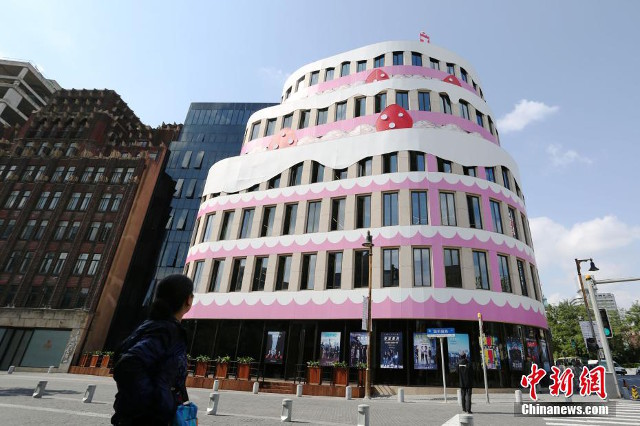 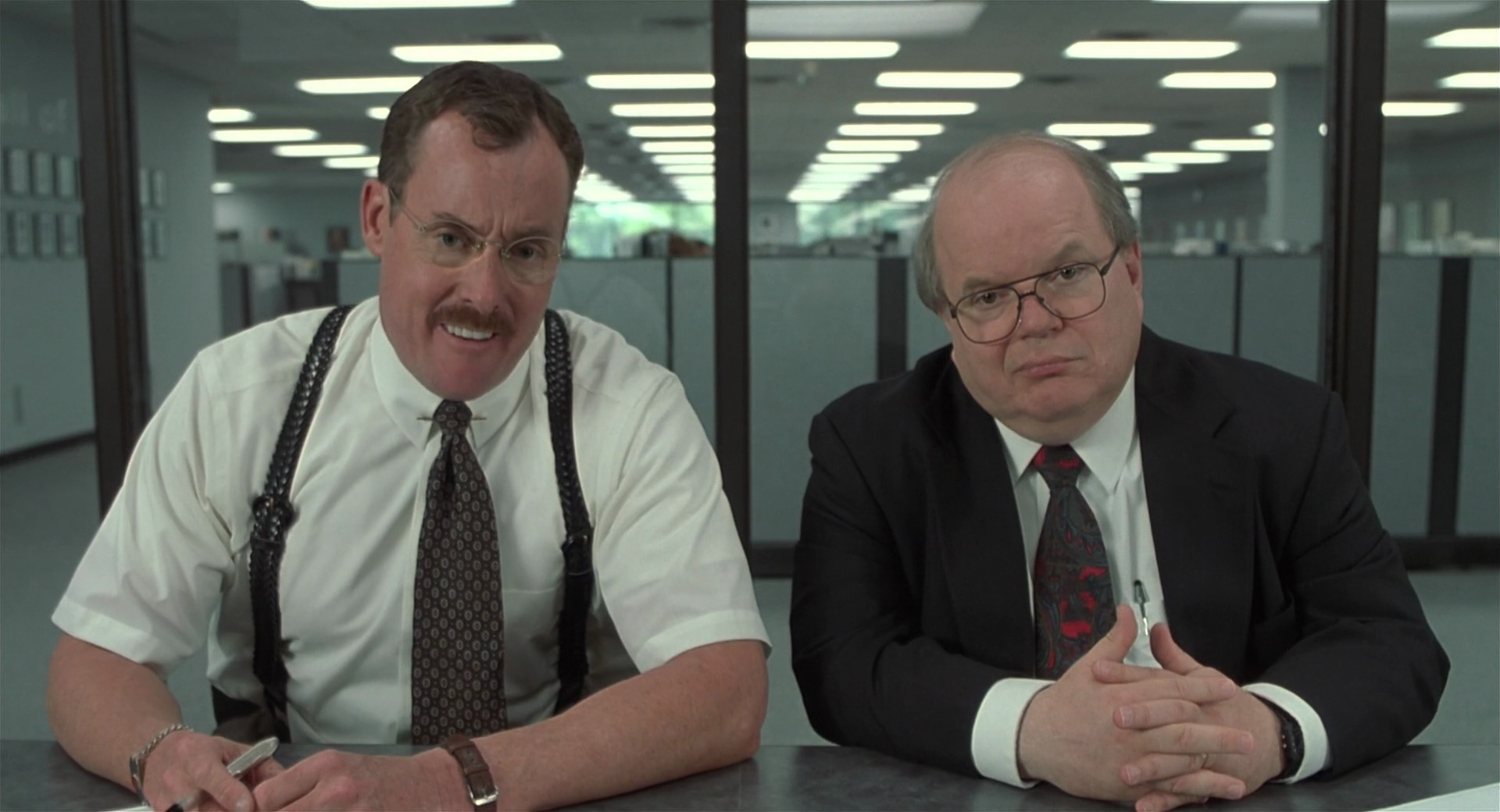 "The cost of excess bureaucracy in the U.S. economy amounts to more than $3 trillion in lost economic output, or about 17% of GDP," write Gary Hamel and Michele Zanini in Harvard Business Review. Their recommendation? Cut management in half. The don't specify if that's crosswise or lengthwise. Read the rest 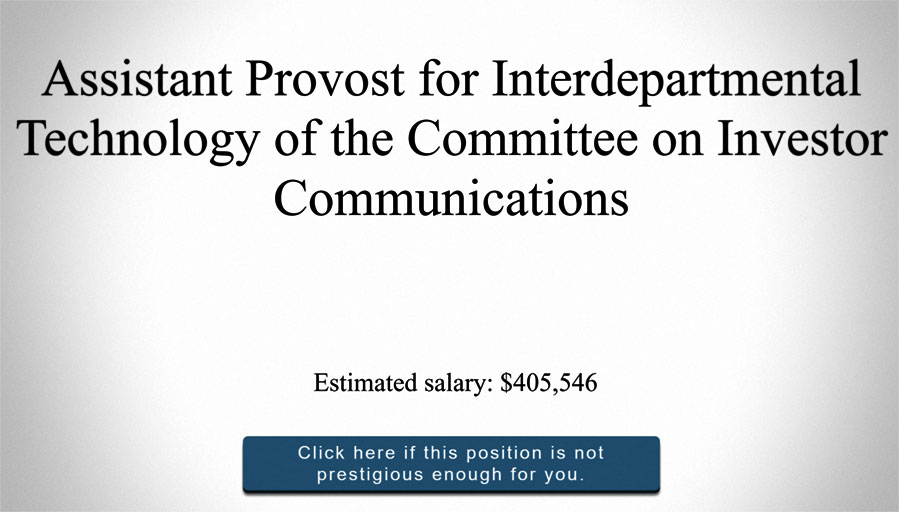 As Boing Boing U's Assistant Deputy President of the Committee on Neighborhood Communications and Principal Vice Liaison to Interdepartmental Technology of the Subcommittee for Academic Communications, I insist that we form a committee to investigate whether the "web site" University Title Generator constitutes unacceptable bait speech. Read the rest 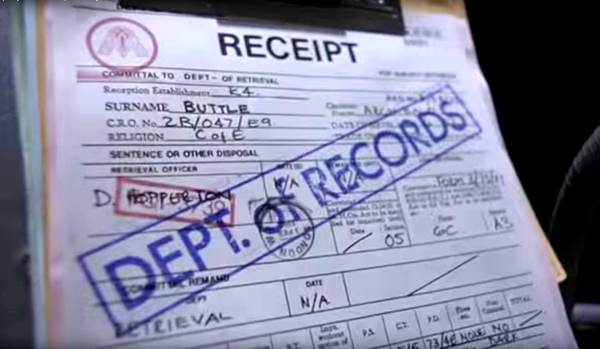 ProPublica: My Story as a DMV Edge Case: How to Battle Bureaucracy and Win Read the rest 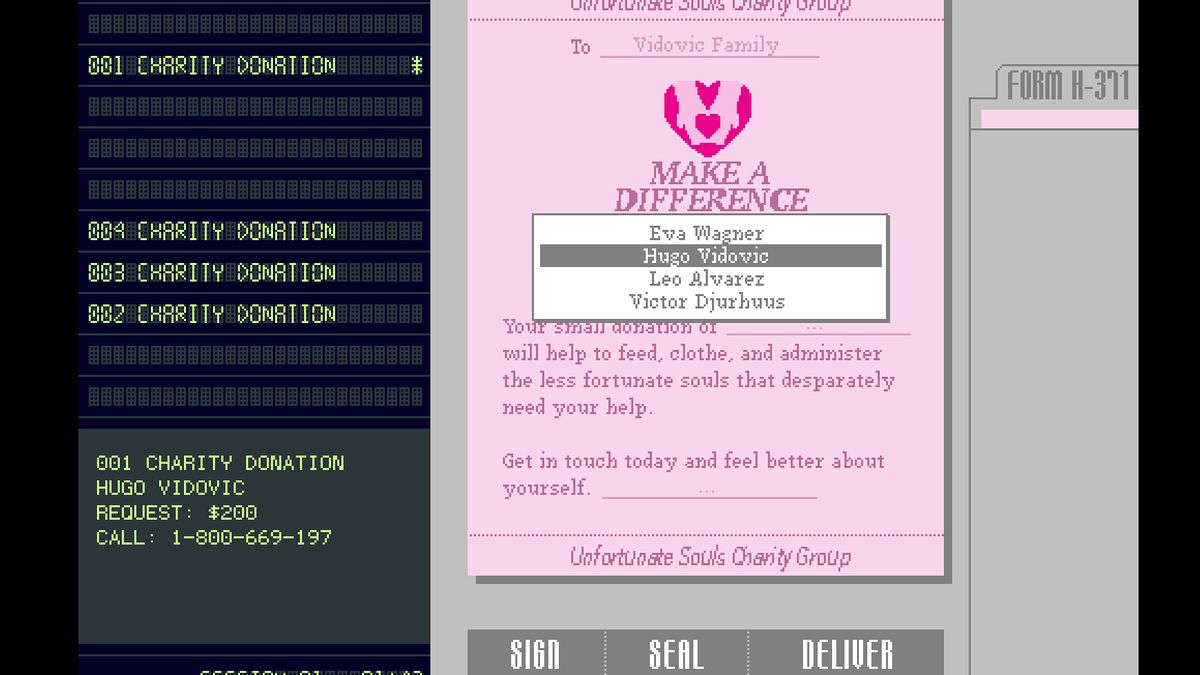 Papers, Please's Lucas Pope has us shuffling pen and paper again in the joyfully-bleak Unsolicited, a game about filling in and mailing form letters.

Bureaucrats of the world

Dutch photographer Jan Banning's book "Bureaucratics" is a collection of amazing photos of bureaucrats on five continents, each posed at his or her desk, in her or his office, with notes about rank and salary. Pictured above, "India bureau typeroom," Bihar. Below, Sheriff of Crockett County, TX.

The photography has a conceptual, typological approach reminding of August Sander’s ‘Menschen des 20 Jahrhunderts’ (‘People of the Twentieth Century’). Each subject is posed behind his or her desk. The photos all have a square format (fitting the subject), are shot from the same height (that of the client), with the desk – its front or side photographed parallel to the horizontal edges of the frame – serving as a bulwark protecting the representative of rule and regulation against the individual citizen, the warm-blooded exception. They are full of telling details that sometimes reveal the way the state proclaims its power or the bureaucrat’s rank and function, sometimes of a more private character and are accompanied by information such as name, age, function and salary. Though there is a high degree of humour and absurdity in these photos, they also show compassion with the inhabitants of the state’s paper labyrinth.

William sez, "On August 2, 1978, a landmark decision in Reno Federal Court ruled prostitutes are actually brothel employees and therein lies the SIC coding problem unique to Nevada. My father in law was an economist for the federal bureau of labor statistics. Today he shared with me a document he found in the back of a desk drawer. Apparently the folks in Nevada responsible for categorizing businesses by industry (formerly called the Standard Industrial Classification system, now known as NAICS) weren't sure how to label brothels, which had previously been staffed by independent contractors until such practice had been deemed illegal. Thus a victory for worker rights became a nightmare for the local government officials."

Artist/prankster Phil Lucas puts up fake "planning notices" around Brighton, England, announcing his plans to radically improve the cityscape and inviting people to comment via the local government's planning authority.

I live in Hackney, which boasts England's "worst performing planning authority" (as one MP recently put it in Parliament), so I sympathise with these shenanigans. I've been through multiple planning petitions for permission to put a glass box on my disused balcony to grow plants in and use as a dining room in warm months, and have been turned down because it would "disrupt the street-scene" on my manky, dogshit-strewn, tumbling-down road in east London.

The NYT's Scott James recounts the insane red-tape endured by Juliet Pries, an entrepreneur who decided to open an ice-cream parlour in San Francisco's Cole Valley. She had to pay rent on an empty storefront for over two years while the necessary permits were processed, and tens of thousands of dollars in fees (including the cost of producing a detailed map of nearby businesses, which the city itself seemed not to have). If the story sounds familiar, it's because it was the subject of a notorious Xtranormal-produced Hello City Planner video that used it as an example to lampoon the planning bureaucracy in San Francisco.

Pries's restaurant, the Ice Cream Bar, is a popular hit, and employs 14 people, but “Many times it almost didn’t happen," as she says, due to the incredibly administrative hurdles she faced in opening it.

Ms. Pries said she had to endure months of runaround and pay a lawyer to determine whether her location (a former grocery, vacant for years) was eligible to become a restaurant. There were permit fees of $20,000; a demand that she create a detailed map of all existing area businesses (the city didn’t have one); and an $11,000 charge just to turn on the water.

The ice cream shop’s travails are at odds with the frequent promises made by the mayor and many supervisors that small businesses and job creation are top priorities.

The matter has also alarmed some business leaders, who point out that few small ventures could survive such long delays.

The Indiana Election Division sends its notices out with a small styrofoam cube in the envelope; the cube increases the envelope's thickness to 3/4", so it qualifies for discounted parcel-rate shipping.

The Styrofoam cube enclosed in this envelope is being included by the sender to meet a United States Postal Service regulation. This regulation requires a first class letter or flat using the Delivery or Signature Confirmation service to become a parcel and that it "is in a box or, if not in a box, is more than 3/4 of an inch thick at its thickest point." The cube has no other purpose and may be disposed of upon opening this correspondence.