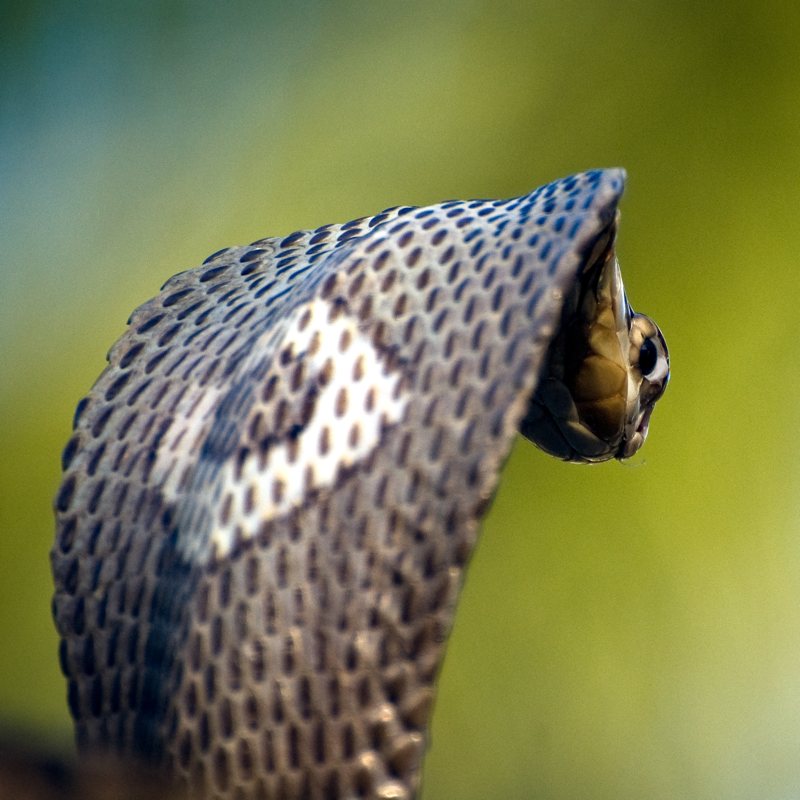 A venomous monocled cobra has escaped near Austin, Texas after biting and killing an 18-year-old pet store employee who was keeping it at his home. Grant Thompson was found unresponsive in a parking lot with puncture wounds on his wrist. He was pronounced dead at the hospital. Police found six tarantulas, a foot-long non-venomous Mexican hognose snake, and an African bullfrog in Thompson's car.

Monocled cobras are native to South and Southeast Asia. They are highly venomous and very common in Thailand. According to Wikipedia: the "monocled cobra causes the highest fatality due to snake venom poisoning in Thailand."

Thailand Snakes has a good info page about monocled cobras, where they are described as "fierce."

Here's a video that is likely to make you respectful towards monocled cobras: