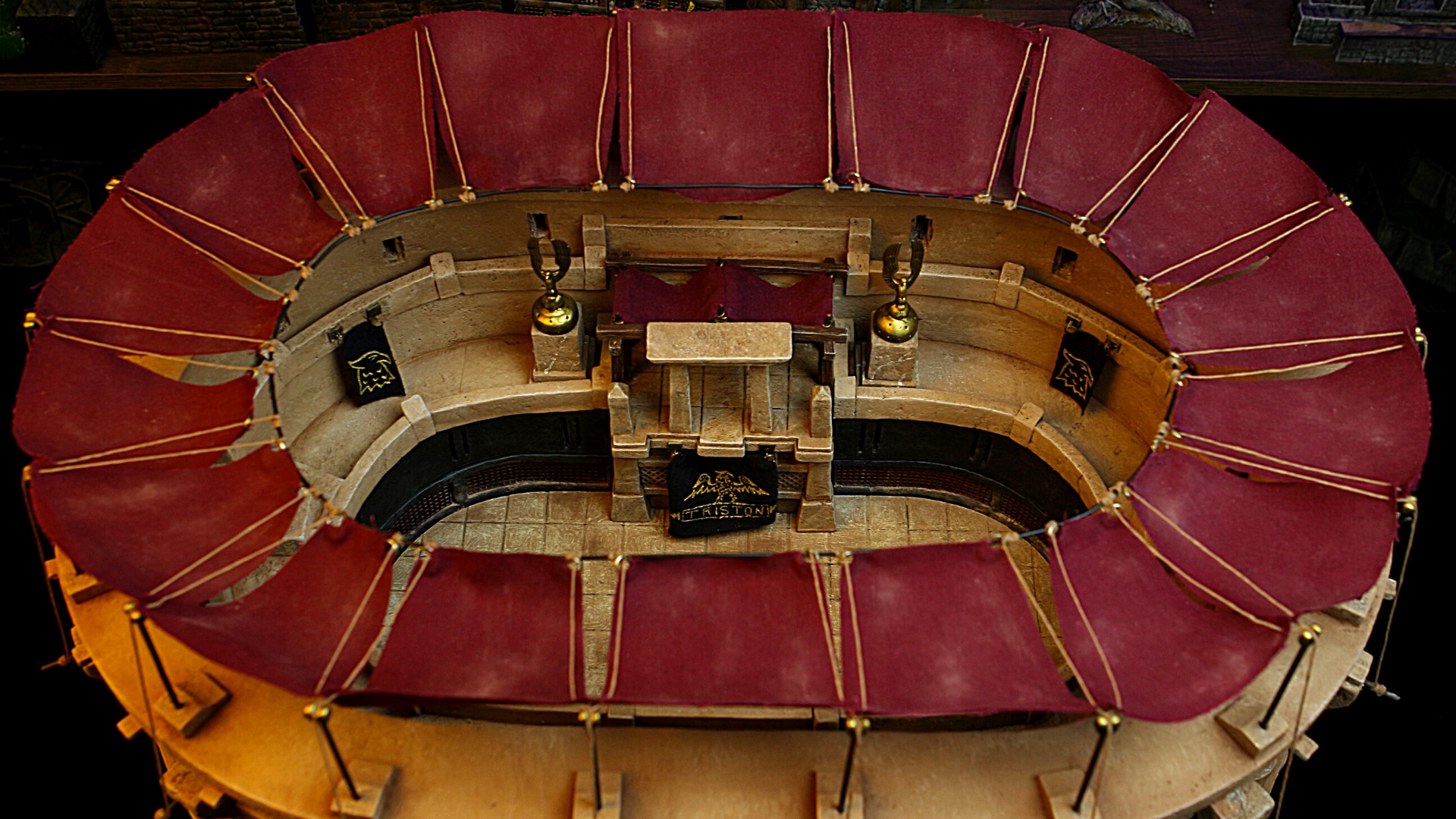 On Tabletop Witchcraft, John builds an amazing gladiatorial coliseum that is one of the most impressive tabletop builds I've seen in a while. Read the rest

A great, non-intimidating way to get started in miniature-based Dungeons & Dragons 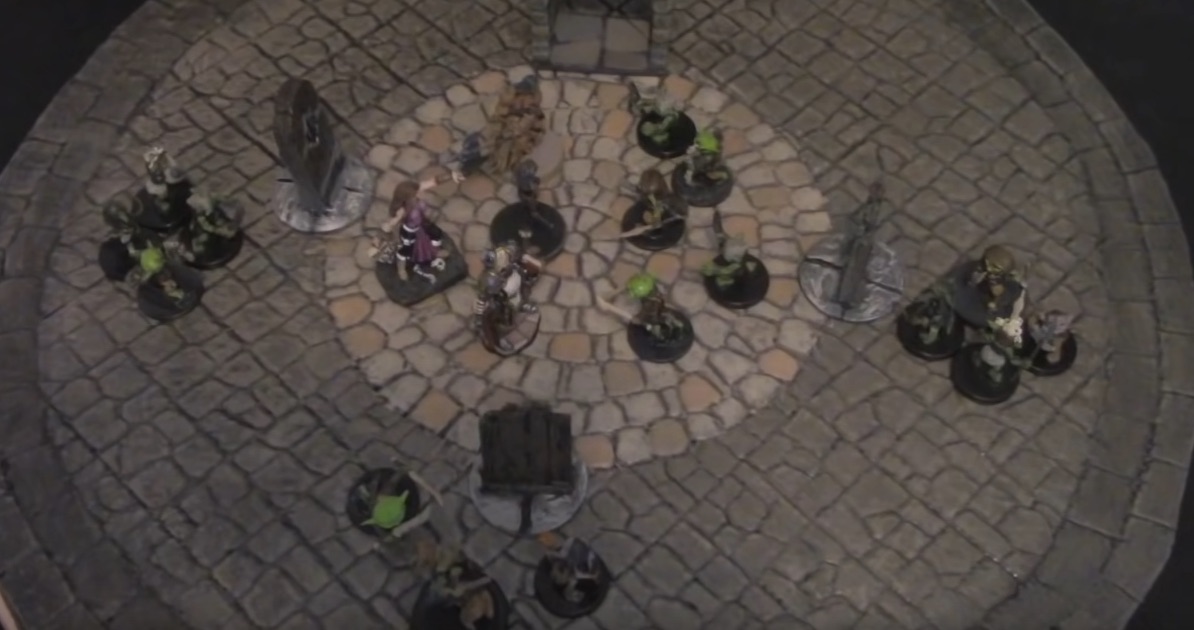 A lot of roleplaying gamers who are used to playing in "theater of the mind" mode (with nothing more than pencil, paper, dice, and vivid imaginations) are often intimidated by the idea of switching over to miniatures and terrain-based gaming. The idea of acquiring and painting the minis, building a gaming board, and making a bunch of terrain and props can be an overwhelming prospect. All of this "dungeon crafting" really is a hobby unto itself for many of us [raises hand].

So, I really like these projects on Dungeon Craft. Basically, you build a stone floor on top of a lazy Susan using insulation foam and some simple walls, doors, and other dungeon furnishings (also out of foam). Your main tool is a gel pen that you use to simply draw/carve the stones into the foam.

You don't need to create a complete dungeons and all of the furnishings to do mini-based RPGs. All you need is this little, moveable theater-in-the-round stage that you can change up with each encounter you're looking to represent to your players. 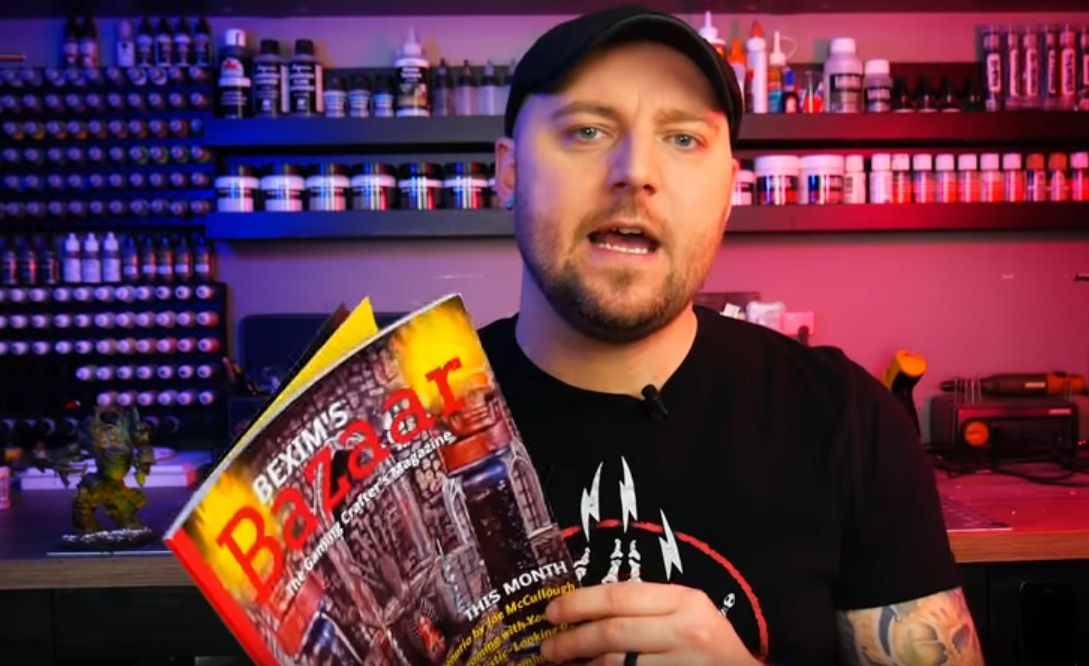 As we have written about before, the game crafting (or dungeon crafting) scene has exploded over the past few years. There are dozens of websites and YouTube channels devoted to every aspect of making and crafting for the tabletop and RPG gaming hobbies, from building custom gaming tables, to crafting terrain and miniature dungeons, to making DM screens, dice towers, modeling, converting, and painting miniatures, and much more.

One of my maker pals, James Floyd Kelly (a tech book author and long-time Make: contributor), jumped onto the game crafting bandwagon last year when he launched his Game Terrain Engineering YouTube channel. Jim's channel grew very quickly and he has now become one of the rising stars in that community. And with good reason. Jim is ambitious and clever. And relentless. By the end of the year, he had decided to go into producing game crafting media as a full-time job. He relaunched his YT channel as The Tabletop Engineer and announced that he was launching a new monthly magazine devoted to the gaming hobby, especially focusing on game crafting.

Called Bexim's Bazaar, the magazine will be monthly. It will mainly exist as a PDF publication, but on-demand print copies will also be available. The PDF version is yours after you become a Patreon sponsor of The Tabletop Engineer for US$2/month. Print copies of the issues (around 90 pages) are available on Blurb for $18.

In this recent video from Jeremy of Black Magic Craft, he discusses the import of this new hobby zine and does a page-by-page flick-through of a print copy of Issue #1. Read the rest