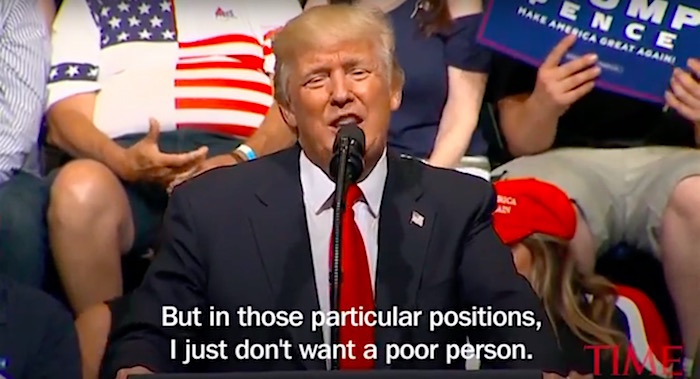 During his rally in Cedar Rapids, Iowa yesterday, Trump says he doesn't want a poor person working in his cabinet. "I love all people – rich or poor -- but in those particular positions, I just don't want a poor person. Does that make sense? If you insist, I'll do it – but I like it better this way." I guess this explains why he has the richest cabinet in American history. Read the rest