Watch Airstream trailers being assembled in this timelapse 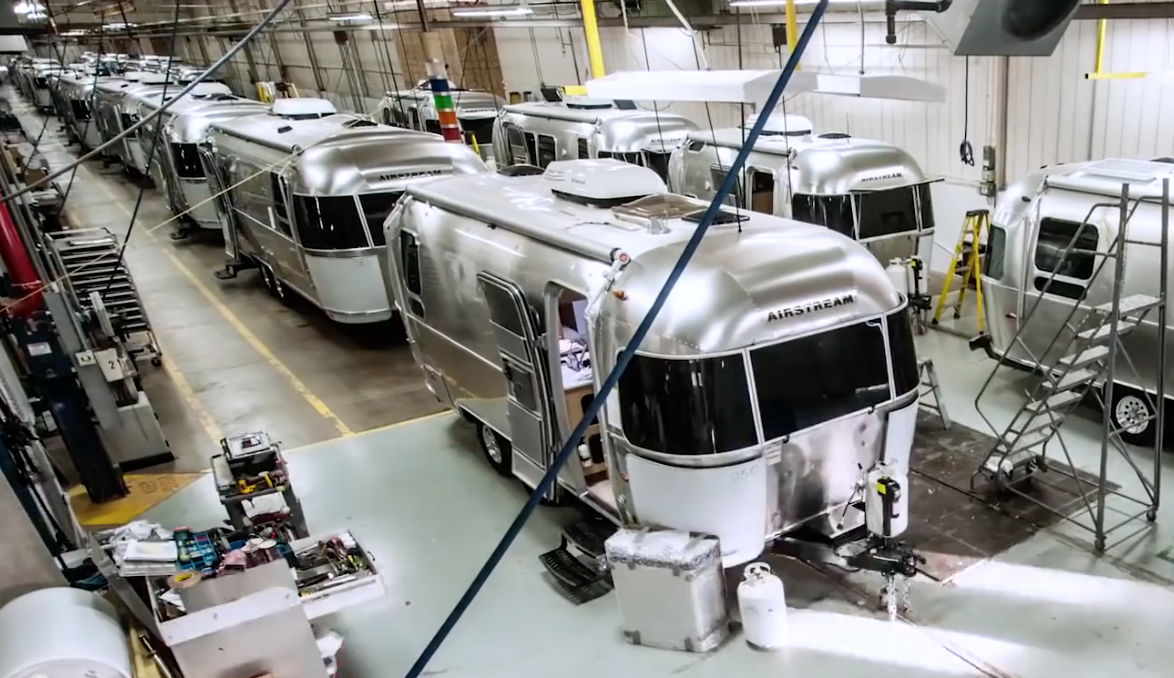 In the early fifties, the Airstream company was growing fast and decided to move its factory from Los Angeles to Jackson Center, Ohio. Nearly 66 years later, they're still building their iconic silver "canned hams" there.

In this promotional timelapse video, you can see how they get assembled. One thing to note is that they put all the rivets in by hand. (You may want to turn off the music though, it doesn't seem to be a good fit for the content. Shouldn't it be something more... vintage?)

By the way, if you're in the Jackson Center area, you can go take a free tour of the Airstream factory. Every weekday at 2 PM they offer them.

Also, in the springtime, Airstream hosts Alumapalooza at the grounds surrounding the factory. It's a fun camping event for travel trailer enthusiasts and owning an Airstream is not required. This year's event is May 29 to June 3, 2018.