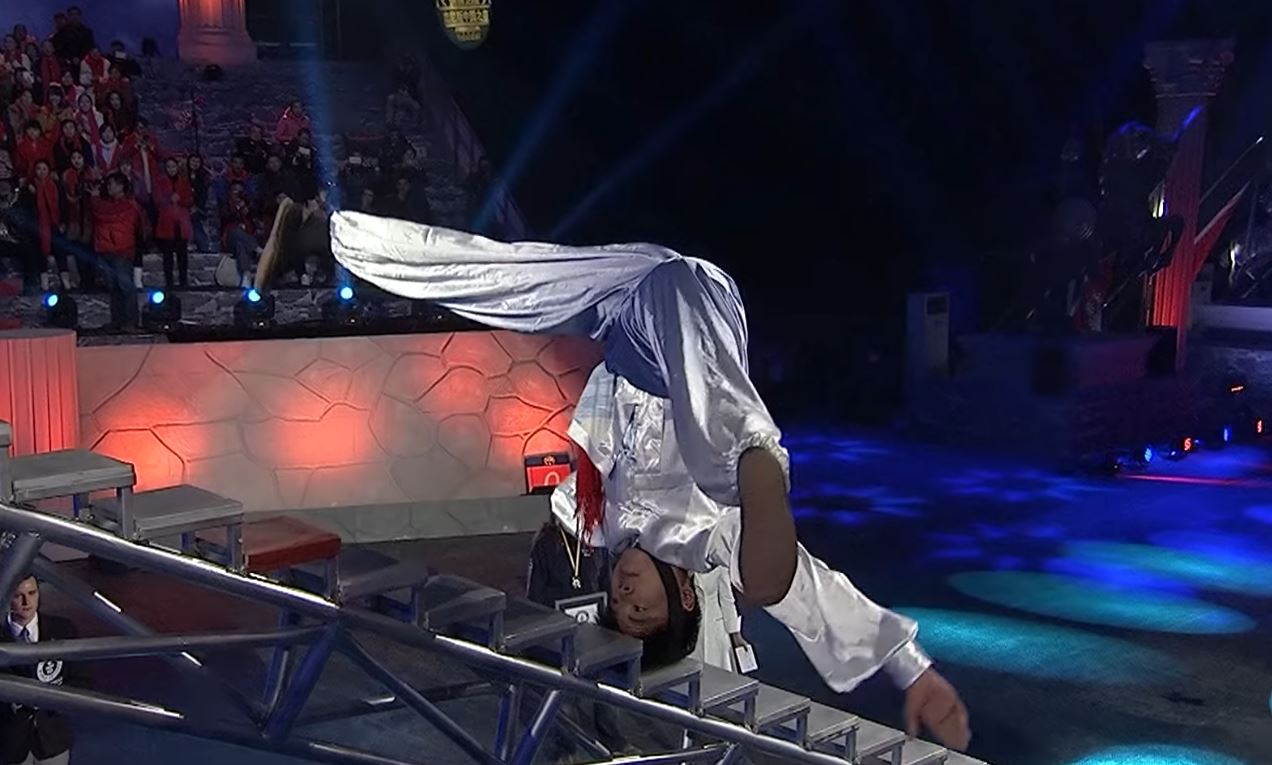 The Guinness Book of Records recognizes Li Longlong of China as the person who has climbed the most consecutive stairs with his head. He's held the record since 2012, but extended it in 2015.

This video is of his latest attempt was on the set of CCTV Guinness World Records Special in 2015, where he achieved a new record by climbing 36 stairs.

Guinness posted an article about him this week, explaining the rules thus: "the participant must not pause for more than five seconds between steps, and that no part of the body other than the head may touch them." Read the rest

When remote areas of Vietnam are flooded out, entrepreneurial swimmers set up informal ferries in which passengers climb into sturdy plastic bags and are then swum across the river against the current. The Vietnamese explanation accompanying the video is beyond Google Translate, but I'd love it if anyone out there could help flesh this out, because it's pretty amazing.

The science of the Cinnamon Challenge

Last week, lost in a haze of book tour, I found myself at brunch with several friends who were talking about a YouTube meme I'd entirely missed—people attempting to eat whole spoonfuls of cinnamon and failing miserably. (Warning, the video ends in tears and heaving.)

While others wonder "why?" or, perhaps, "why not?", we here at BoingBoing prefer to ask, "No, seriously, how does that work?" Luckily, Jason Bittel at BittelMeThis had the answer. Turns out, humans are generally doomed to fail the Cinnamon Challenge for a very specific scientific reason—we need things to be lubricated in order to swallow them.

The spice that magically transforms dough and sugar into a sticky bun is actually ground up tree bark, which means we’re talking about a lot of water-resistant cellulose. And according to retired physical chemist Vince Calder, the rest is “a mixture of volatile organic compounds, a major component being cinnamanaldehyde, which is not very water soluble.”

If you want to see this in action without risking asphyxiation, put a tablespoon of cinnamon in a bowl and jostle it until the powder is level. Using a straw, allow a drop of water to fall on the surface. Instead of saturating the cinnamon – like it would with sugar – the water just beads up and rolls around like the liquid seed of a rusty T1000.

In a nutshell, all of this means that the Cinnamon Challenge can, in fact, be fairly dangerous.

Barista plunges three Aeropresses at once

Johanna writes, "Carlos Aguirre, a trainer at Academia Barista Pro, stunned audiences worldwide when he pushed not 1, not 2 but 3 aeropresses at the same time for his signature drink during National Salvadoran Barista Competition."