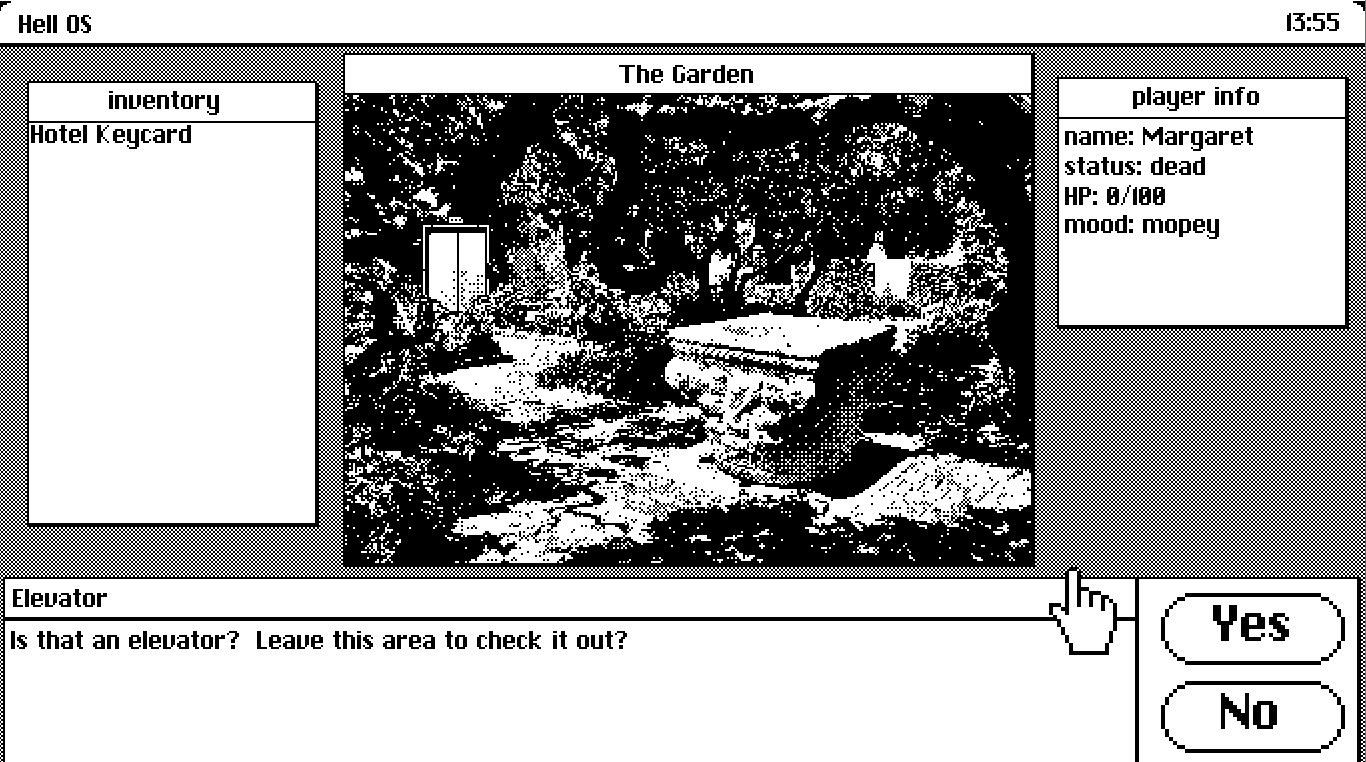 Hell is a ghost of a game, completed in a rush for a game jam, but what's there is a perfectly dark revisiting of those lighthearted 1980s Mac OS exploration games from the age before Myst. Waking up dead, you find yourself exploring a series of surreal but oddly tangible places, many containing seemingly trivial decisions that will affect later events. You can zip through it in a few minutes, and there are tantalizing hints -- the operating system "frame", the symbolic references to a life left behind, the shadowy figures here and there -- that never converge to mean much of anything. But it's quite evocative and the author, ahintoflime, says they're planning on expanding it into a more complete experience. And the monochrome artwork is beautifully bitty. Read the rest

Discover the Flying Spaghetti Monster as a pixel pirate 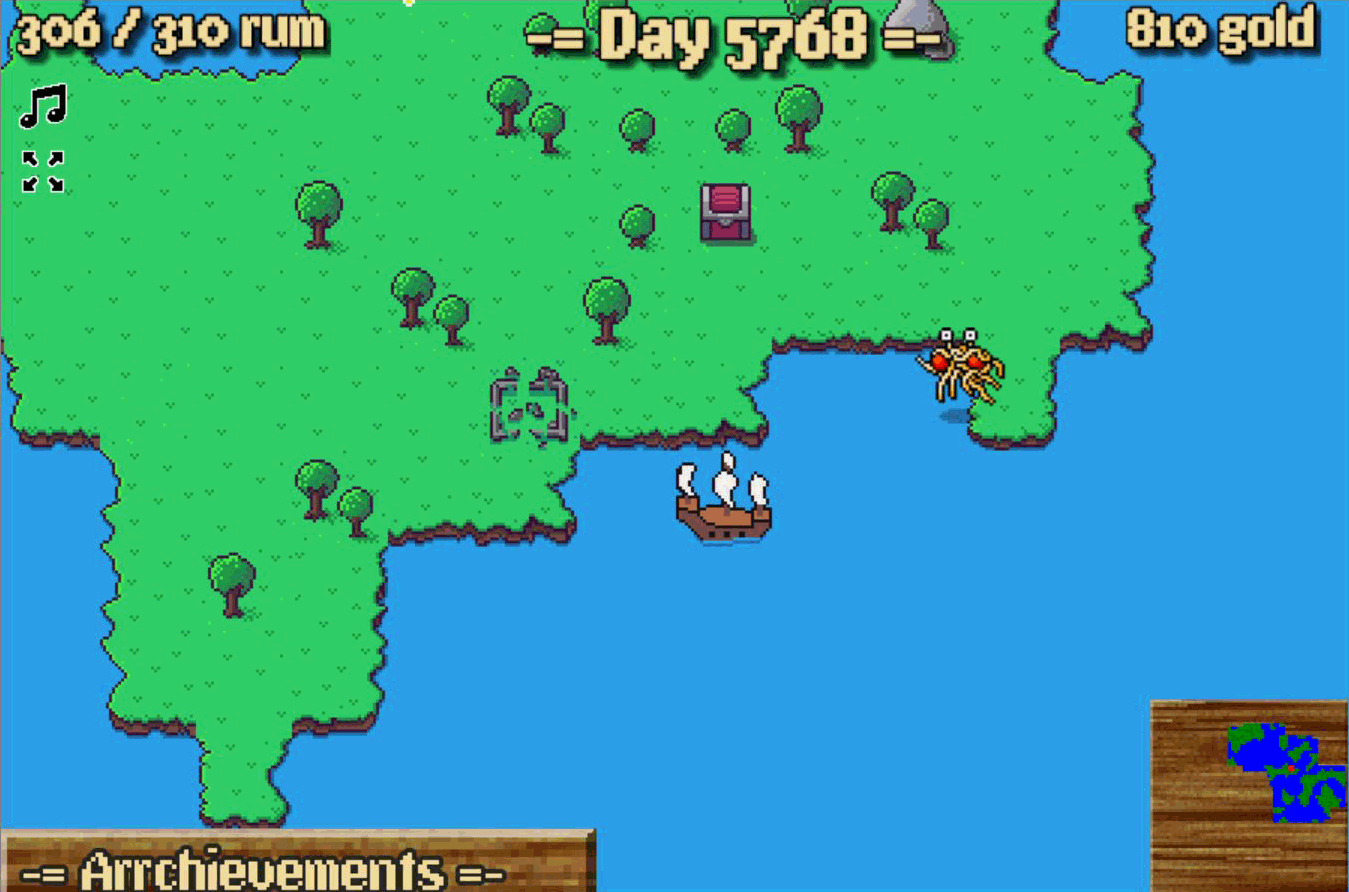 The Quest for Enlightenment is a rudimentary but addictive exploration game in the style of Pirates! Sail a randomly-generated Caribbean drinking rum, unearthing dubloons and seeking spiritual enlightenment from His Noodly Appendages. I picked it up while checking out a game engine's (phaser.io) gallery of examples, but didn't put it down until I was a Master Pirate. It took me 18 in-game years, too, thereby proving once again that Malcolm Gladwell is wrong.

Combo Pool is simple and great fun: use the arrows to aim your ball, and hit c to fire it.

It's a game where you throw colored marbles against each other. If two marbles of the same color make contact, they merge and upgrade to the next color. Your lifebar diminish with the number of balls on the field. If you lifebar is empty, you enter in a sudden death mode, and your last ball must save you by removing some balls.

Controls : use arrows left-right to adjust direction, and key "c" to launch a ball. Click on the game to give it focus if buttons doesnt work.

It's made with Pico 8, a "fantasy console" that enforces strict technical limitations on what your games can do. The result is a growing library of perfectly-designed, disciplined 8-bit style game projects. They're often tantalizing suggestions of how good the video games of an 80s childhood should have been, but weren't.

You can cheat by only ever firing straight up, but even then you can get in trouble because of the number of balls that form on the axis. Other suggestions for refining the game: allow players to hold the button to determine how powerful a shot to release, and have a button to hold that allows more refined angles.