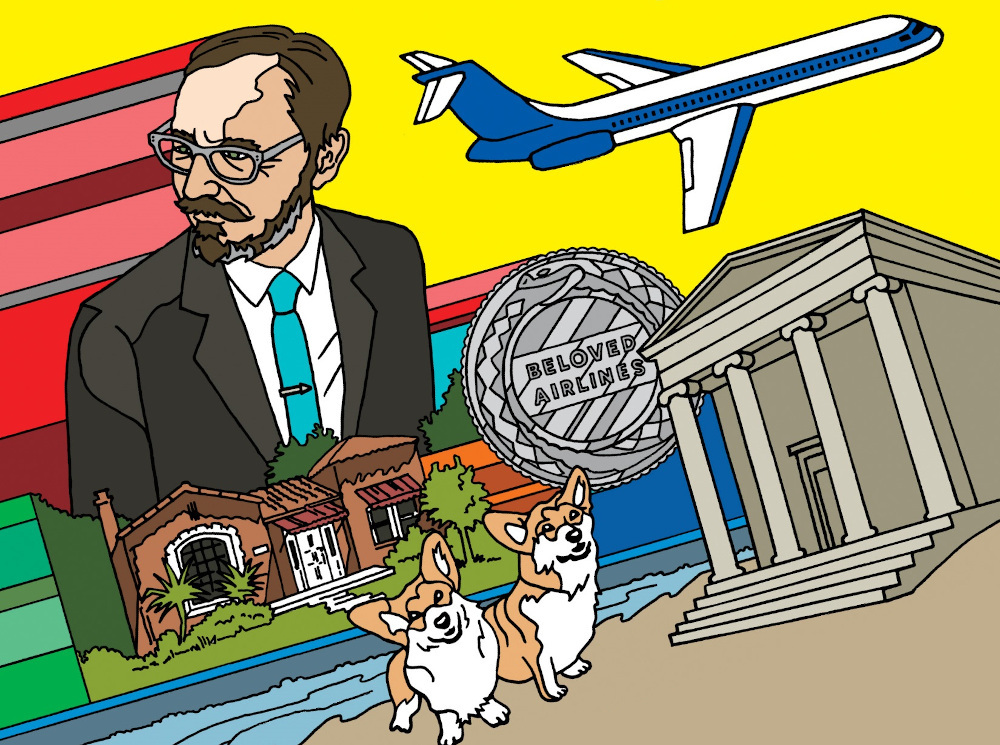 John Hodgman's last book, Vacationland, was a kind of absurdist memoir of a weird kid who'd grown up to the kind of self-aware grownup who really wanted to dig into how he got to where he was, with bone-dry wit and real heart (I compared it to Steve Martin's Cruel Shoes, but for adults who'd outgrown it); in his new book, Medallion Status: True Stories from Secret Rooms, Hodgman offers something much more uncomfortable (if no less funny), a series of vignettes that explore the hollowness of privilege, the toxicity of comparison, and the melancholy of accomplishment. Read the rest 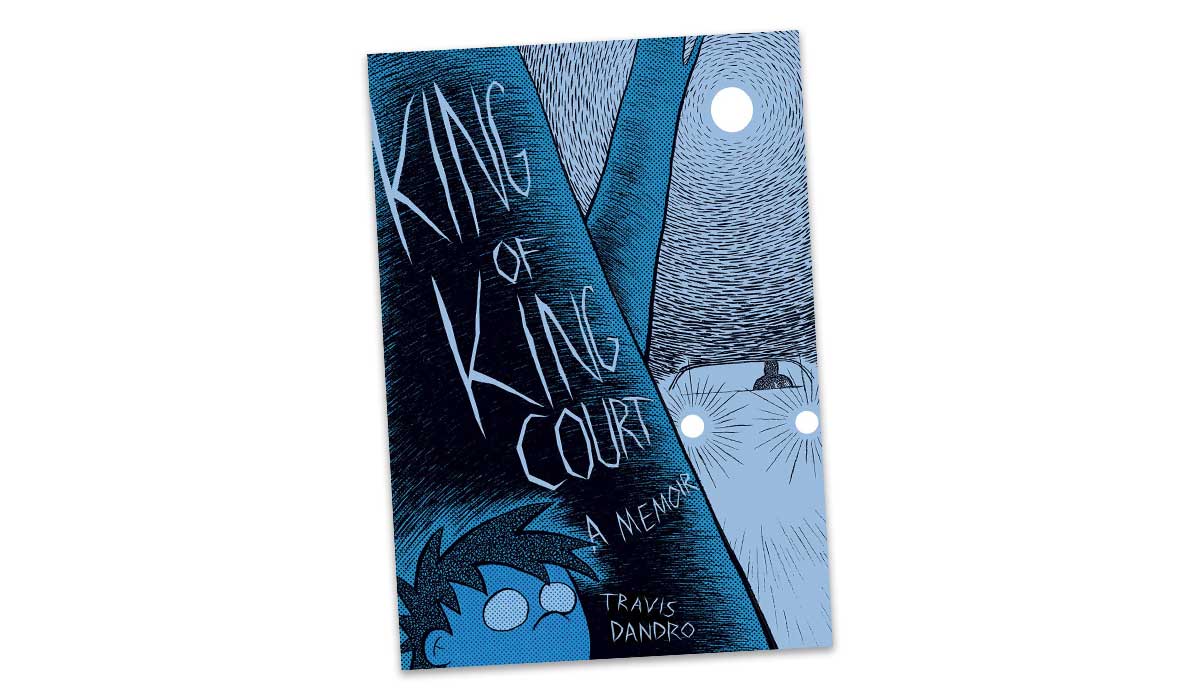 King of King Court is "a memoir that is both devastating and restrained in detailing Travis Dandro's childhood growing up in Western Massachusetts with an addicted and unstable father and a mother incapable of keeping him at bay," Julia Pohl-Miranda Drawn and Quarterly says. "What's such a gut-punch about this book is how revealing it is about the everyday slog of having mentally ill or abusive family members, the seeming inevitability of intergenerational trauma repeating itself."

Drawn and Quarterly kindly gave me several pages from King of King Court to run here: 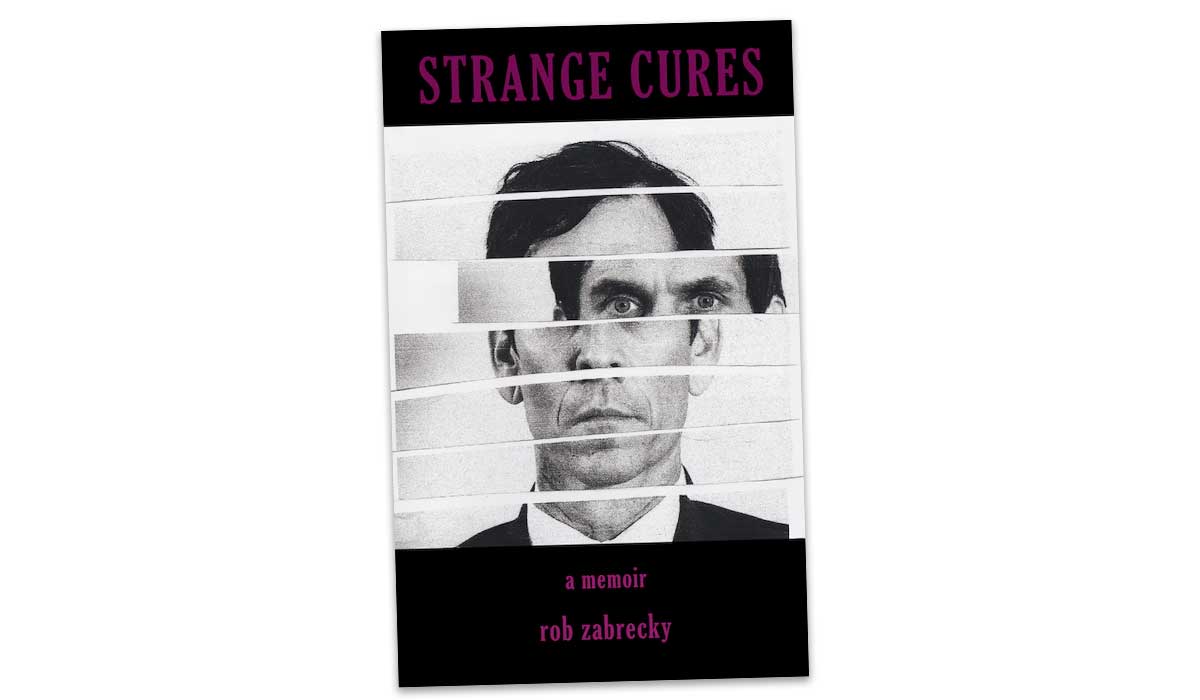 I've spent most of my adult life in Los Angeles, so musician/magician/actor Rob Zabrecky's new memoir Strange Cures hit home, literally. Growing up in a lower-middle-class 1980s family in Burbank, California, Rob was a shy, awkward kid who kept his wart-covered hands in his pockets. He idolized his uncle, who told Rob he was a special government agent. Rob was too starstruck and too naive to understand that his uncle was an unemployed drunk sadist, until an incident took place that made him realize just how seriously messed up Uncle Ed was.

Strange Cures is one amazing true story after another, told in chronological order. During a summer spent in a village in Scotland (where his mother was born) Rob's aunt told him he could get rid of his warts by plunging his hands into warm fresh cow dung every morning. Rob followed her advice, and to his surprise, the strange cure worked. That same summer trip also brought Rob into contact with a group of kids who introduced him to punk rock (which became one of the three things that mattered to Rob, the other two being video games and junk food).

When Rob returned home and went back to school, he was shocked to discover that the girls who had ignored him as a gawky, warty kid had taken a sudden interest in him. His love for music grew and he formed the band, Possum Dixon, which was signed by Interscope to much fanfare. He also developed a drug addiction. Read the rest 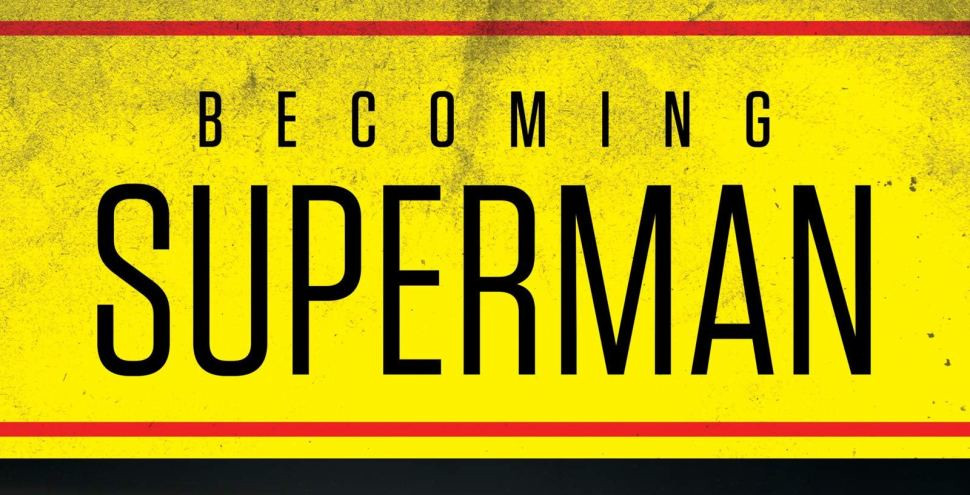 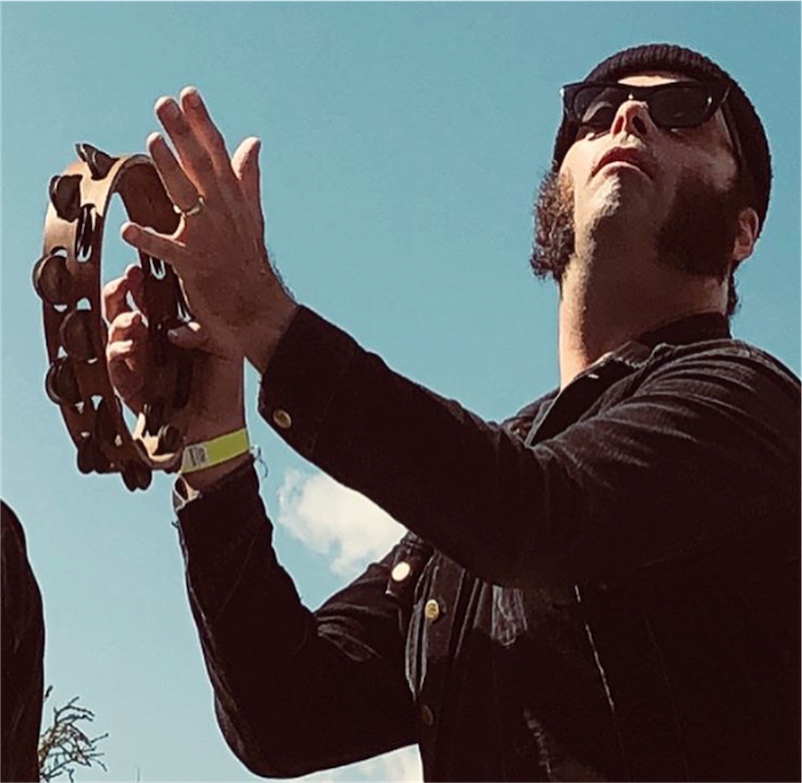 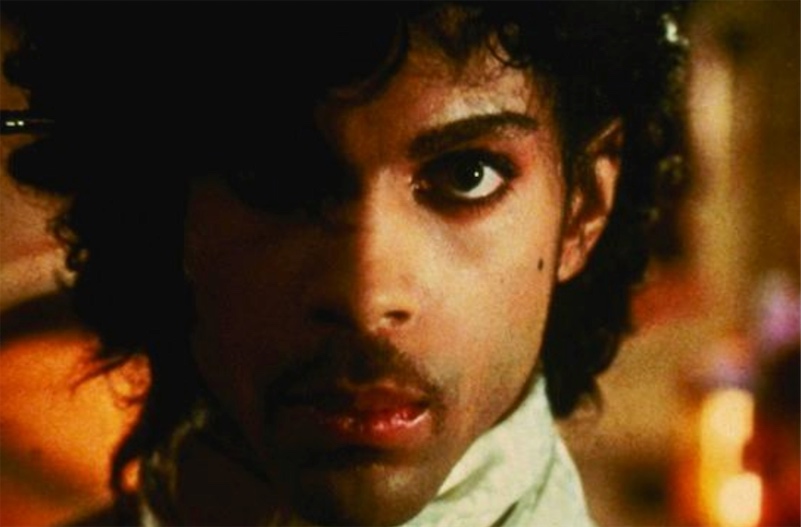 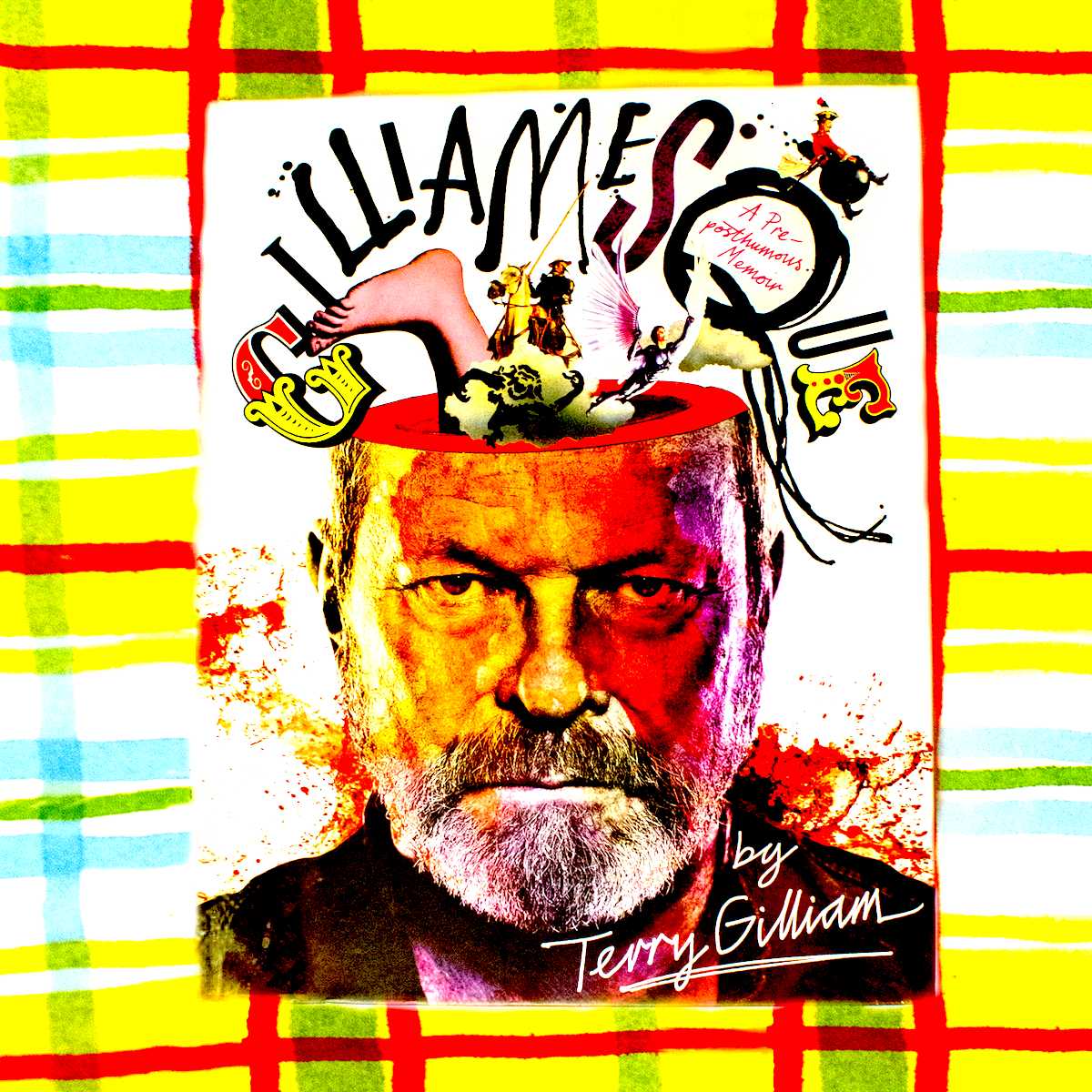 Terry Gilliam’s memoir is as unique as the man himself. Known for his work with Monty Python and as a director of films like Brazil, Time Bandits, and Twelve Monkeys, Gilliam’s work has always had a surreal quality that makes it instantly recognizable. His “Pre-posthumous Memoir” happily possesses a similar quality.

Most authors would write a memoir that is a prose account of their life, and maybe they would include a couple pictures of the highlights for added effect. Gilliam, originally a cartoonist and animator, naturally flips this idea on its head and sticks pictures all over the book, drawing attention to them with handwritten notes. Sometimes the pictures are a direct reference to the text, sometimes they are tangentially related to the text, and occasionally they have no apparent connection to anything outside of Gilliam’s head.

What we get reads less like a book and more like a collage of many art pieces. The actual text of the memoir ends up being just one piece of many that ties the others together. You could probably only read the handwritten notes and pictures and still get a good sense of Gilliam’s life and personality. The pictures scattered throughout the book are a collection of old family photos, sketches, illustrations, magazine ads, set photos, and more. Gilliam’s early years in advertising and comedy magazines include some of the most surprising work, with hints of what the artist Gilliam would later become. Read the rest 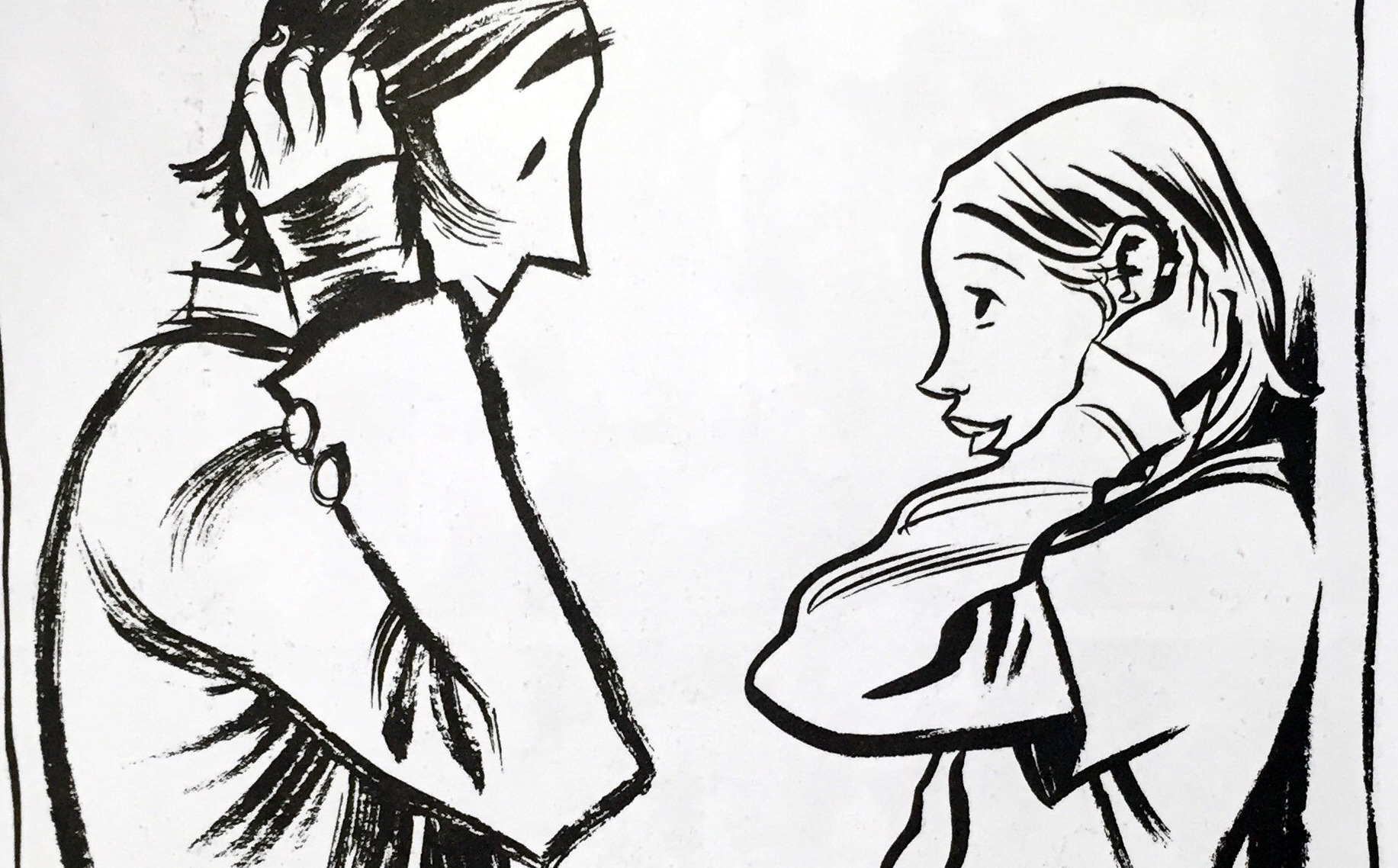 "Overshare: The links.net" is Justin Hall's biopic telling the story of how he became one of the earliest, most prolific, transparent humans of the net and one of the first real web-writers. Read the rest

Memoir of a Mormon missionary expelled from Canada as a terrorist

Science fiction writer William Shunn is at long last releasing his memoir, The Accidental Terrorist, in book form. Revised and expanded from his popular podcast, it tells the story of how he was expelled from Canada for terrorism as a young Mormon missionary. Read the rest

A midnight army at the dawn of the web

But even so, I finished Stone's book because I was fascinated by his story. Read the rest

When I Was a Kid, funny memoir about growing up in Malaysia

Cheeming Boey is an animator, best-known for drawing on disposable coffee cups. His new book, When I Was a Kid (published by our friends at Last Gasp), is a revealing memoir of his childhood.

Told in a series of one- and two-page comic strips, Boey describes his life growing up in Malaysia: finding a condom in his parents' bedside drawers, "fishing" for his dogs by tying a biscuit to a string and dangling it off a stick while standing on his balcony, making a tiny matchstick kite with his dad, fighting with his sister in the backseat of the family car while his mother reaches back to try to pinch their legs to make them stop, learning how to use a plastic bag to catch spiders, crying until his mother retrieves his favorite (but worn-out) pillow from the trash where she'd tossed it, falling out of love with his He-Man doll when he gets his first computer, and and dozens of other funny and sometimes poignant slices of life.

The art is simple, but effective, and I finished the book hoping he'll do a sequel. Read a sample story below. Read the rest